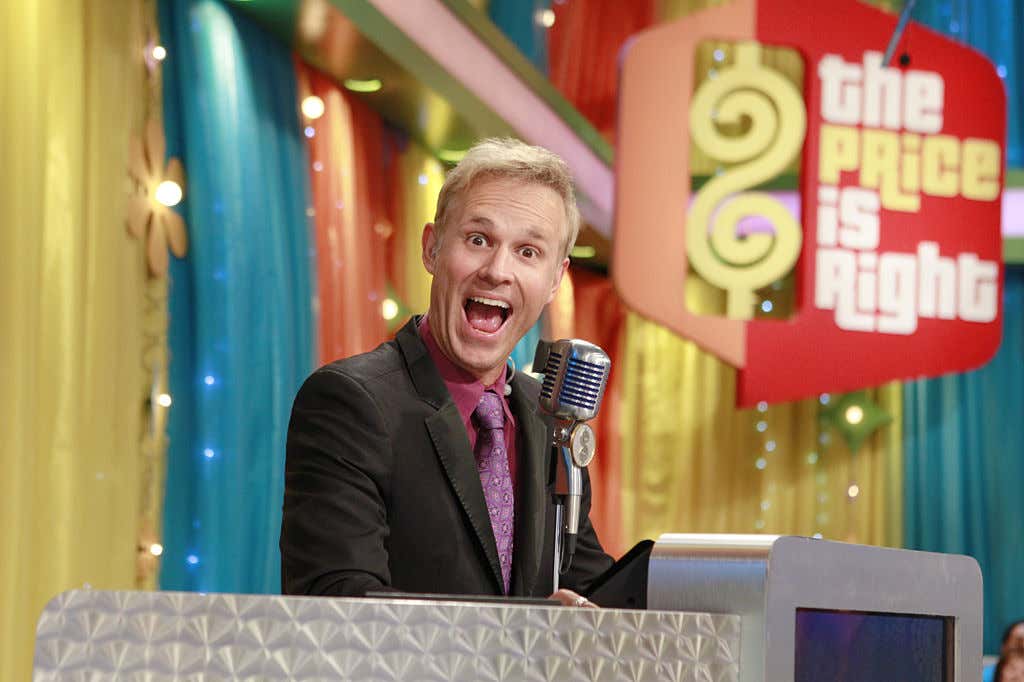 I'm a big believer in the idea that everything happens for a reason, even the bad (maybe especially the bad). Some things are direct consequences of the actions we willingly choose, but a lot of them just happen to us and we have absolutely no control over any of them, even if we think we do.

HUFF POST -  “The Price Is Right” announcer George Gray was stricken with three heart attacks and is recovering at an Arizona hospital, “Entertainment Tonight” reported Sunday.

Gray, 53, on the show since 2011, felt chest pains a week ago and had his first attack on the way to the hospital, a rep told “ET.” A failed stent procedure led to a second attack.

Gray had his biggest heart attack, a so-called widowmaker, on the operating table, Variety reported.

You want to talk about the biggest coulda/shoulda/woulda? He felt chest pains for an entire week before calling for help. Then when he finally did call, paramedics arrived, told him he was having a heart attack, and drove him straight to the hospital. What if he thought the pains were just a little stronger than before, didn't call, and by the time he realized what happening it was too late? Or what if he would've waited just a little bit longer before calling? After all, why would he be having a heart attack? He was a healthy, 53-year-old man with zero medical issues; a heart attack wasn't on his radar.

"He has low cholesterol. He ran a mile the day before. No blood pressure problems, nothing. The doctor said this is most likely genetic. There are no signs beforehand – until the heart attack.”

And yet he had three heart attacks, back to back, all in the presence of medical professionals. The last one, the widowmaker (what kind of cruel asshole named it "the widowmaker?") would have killed him had he not literally been on the operating table, surrounded by doctors as they were performing surgery.

That’s when doctors who had planned single-bypass surgery decided on the spot to perform a multiple-bypass operation, Gray’s wife Brittney told USA Today.

It's absolutely wild how quickly things can change. Hours prior Gray thought he was a healthy, fit man, and all of a sudden boom he's having open heart surgery! Just like that.

Fortunately, everything happened in the exact perfect way that put him in the right hands.

BUT… if it wasn't for COVID-19, things may have turned out very differently.

"We were supposed to be in Thailand for our one-year wedding anniversary during this time,” Brittney Gray said.

I'm sure originally they weren't too thrilled COVID-19 screwed up their anniversary trip. They probably planned that trip for some time and were looking forward to a much-needed break. I bet a few times that week they reminded each other, "Hey, we would've been on the beach in Ko Samui right now, drinking, tanning, and living life. Instead, we're sitting here in our sweats for the 6th straight week. Sucks."

Until Gray had 3 heart attacks out of nowhere and completely shifted the narrative.

"If COVID-19 didn’t happen, we would have been on a plane back and he most likely would be dead. We jokingly – but not seriously – say that COVID-19 saved his life.”

He would have been on the flight back when the attacks happened?!! I'm no doctor, but I can't imagine having 3 heart attacks while you're floating in the sky is the best option for receiving medical care. And if the trip wasn't canceled and everything happened as it did, that is exactly what would've happened.

That's the kind of shit that gives you goosebumps and, hopefully, a little gratitude for the way things are.