Freak has such a negative connotation to it that you can’t even really describe a baby with that word without looking insensitive so I won’t but it would be the best way to describe this “child” who probably didn’t need a car seat at birth. Born into a buster seat. Unreal.

Look at this big mass of human baby. I’m in awe at the size of the lad. He’s an absolute unit that’s on his way to being an absolute unit better and bigger than the original English absolute unit when he grows up. It stinks for him, though. There’s only 3 jobs he can have without looking like a total failure who didn’t capitalize on his genetics which are freaky for sure. Adjectives are fine. Nouns aren’t. Freak vs freaky. Totally different.

1. NFL lineman. Can be offensive or defensive. Position  doesn’t matter but he has to be a all pro. Can’t be some scrub like Lesnar. If he is, he’s gotta take option 2.

2. Wwe superstar. There’s no chance he won’t make his entrance at the Royal Rumble by stepping over the top rope and throwing everybody else over that same damn rope. Debut champ. Wrestlemania bound. The stuff of legends. 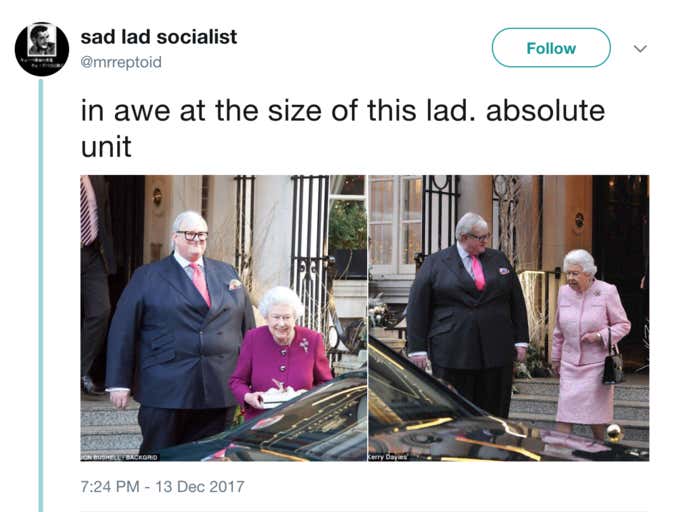 That’s it. Those are the options. Well, I guess there’s another one but it’s not as fancy. Full-time mud player inner.