This the game you've had circled for just over a week. The undefeated (7-0) #3 USC Trojans led by Offensive Coordinator Gus Duggerton travel to South Bend to play the (6-1) #9 Notre Dame Fighting Irish. Let's take a look at this matchup: 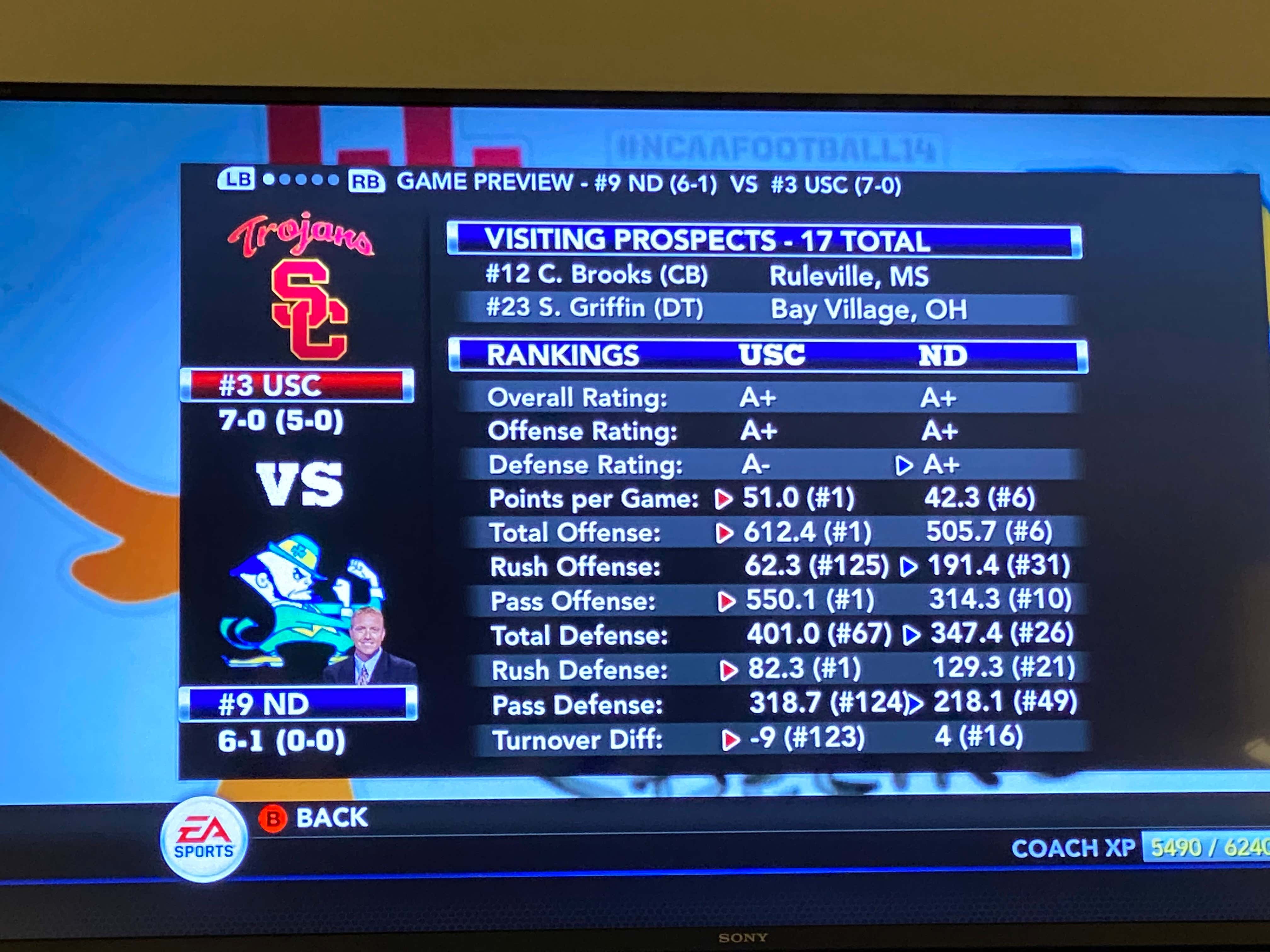 Each team is STACKED on both sides of the ball. USC's Duggerton-led offense has put up 51.0 points per game on the season en route to a 7-0 start. 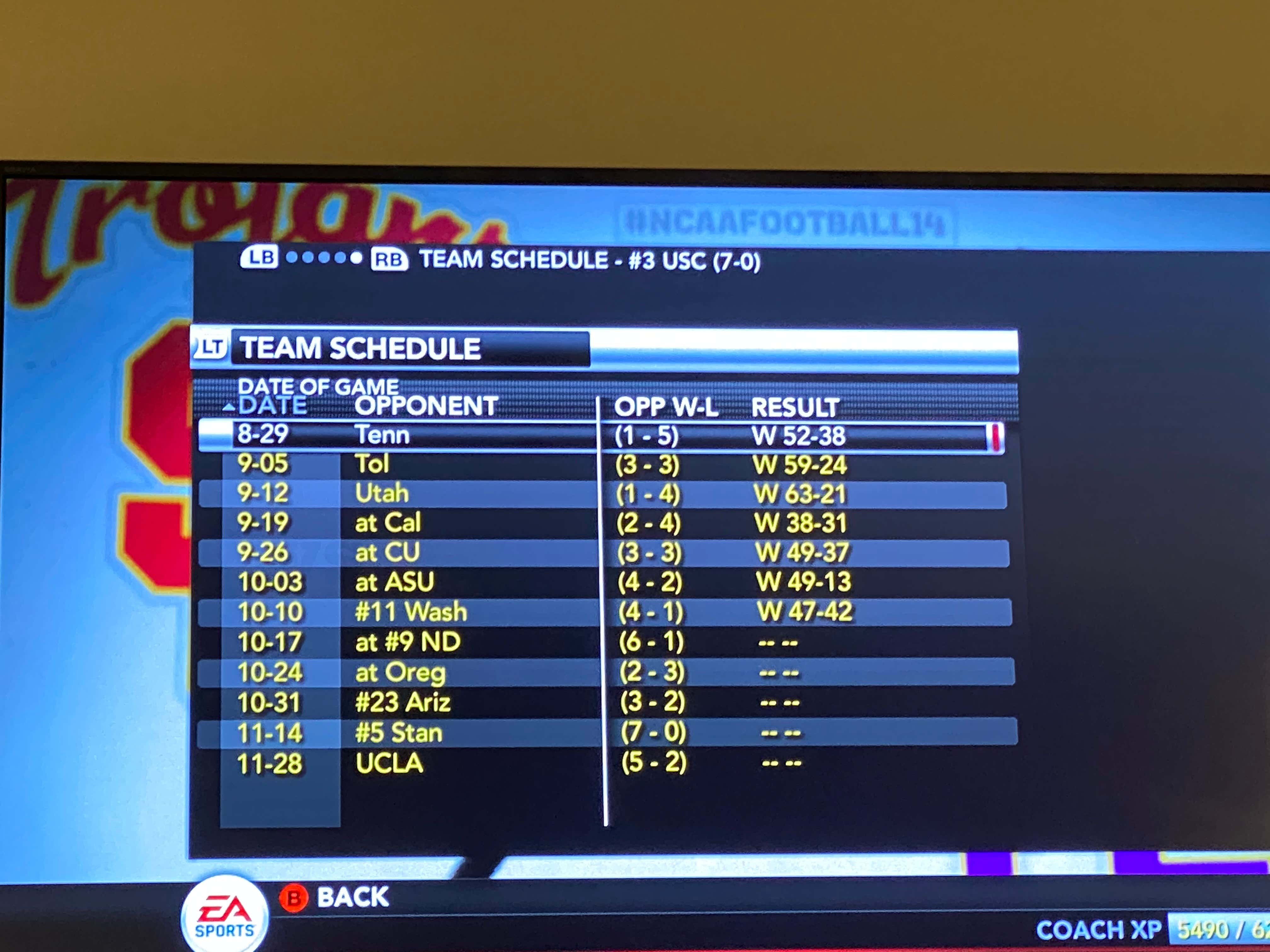 But Notre Dame's offense is no slouch either averaging 42.3 points per game on offense with their only loss this season coming to Coach Duggs' alma mater, #1 Florida State, by one score, in Tallahassee. 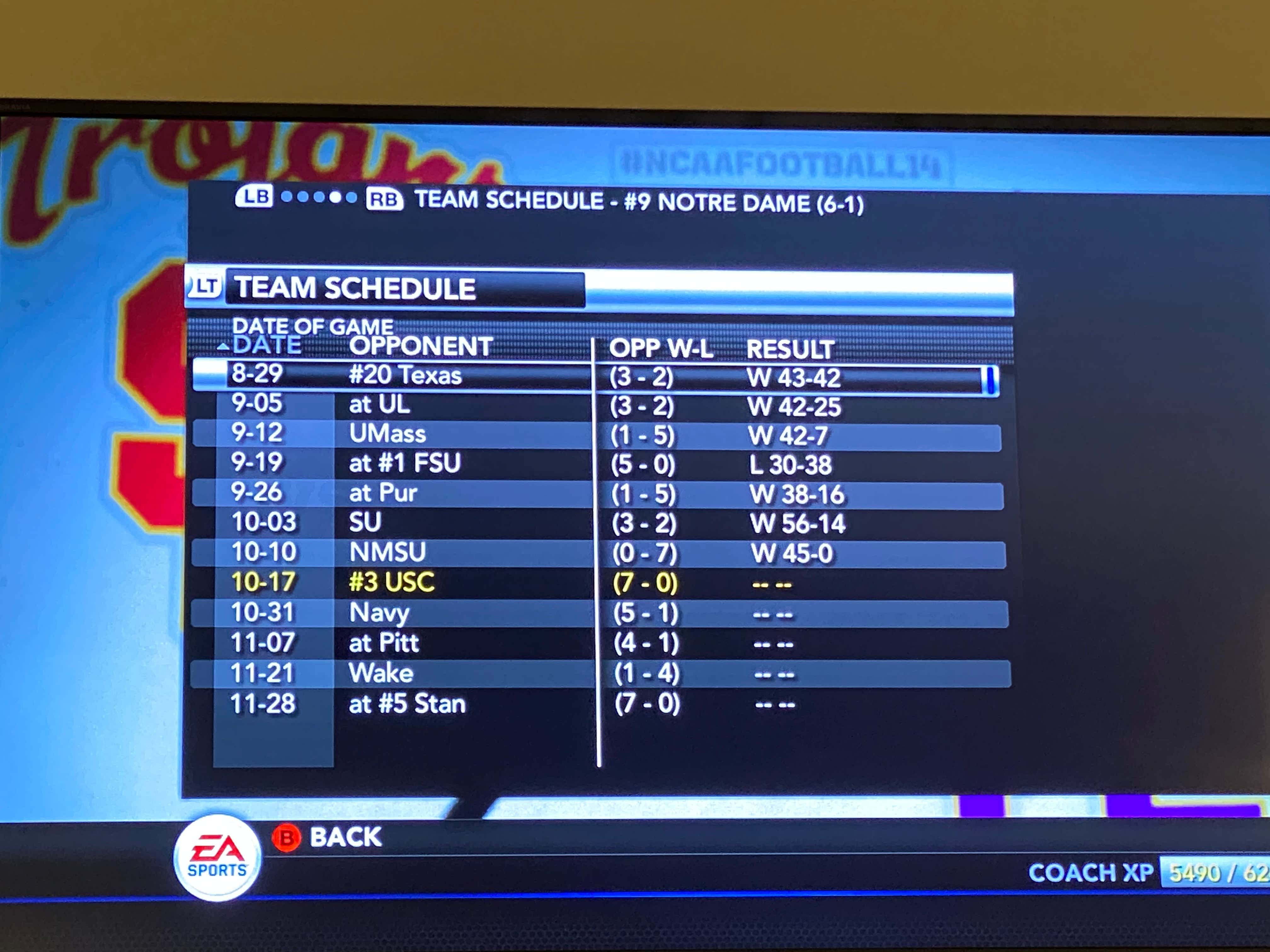 But the strength of this team is really on the defensive side of the ball where this defense, led by All-American Strong Safety Marvin Davis is only giving up 20.3 points per game. 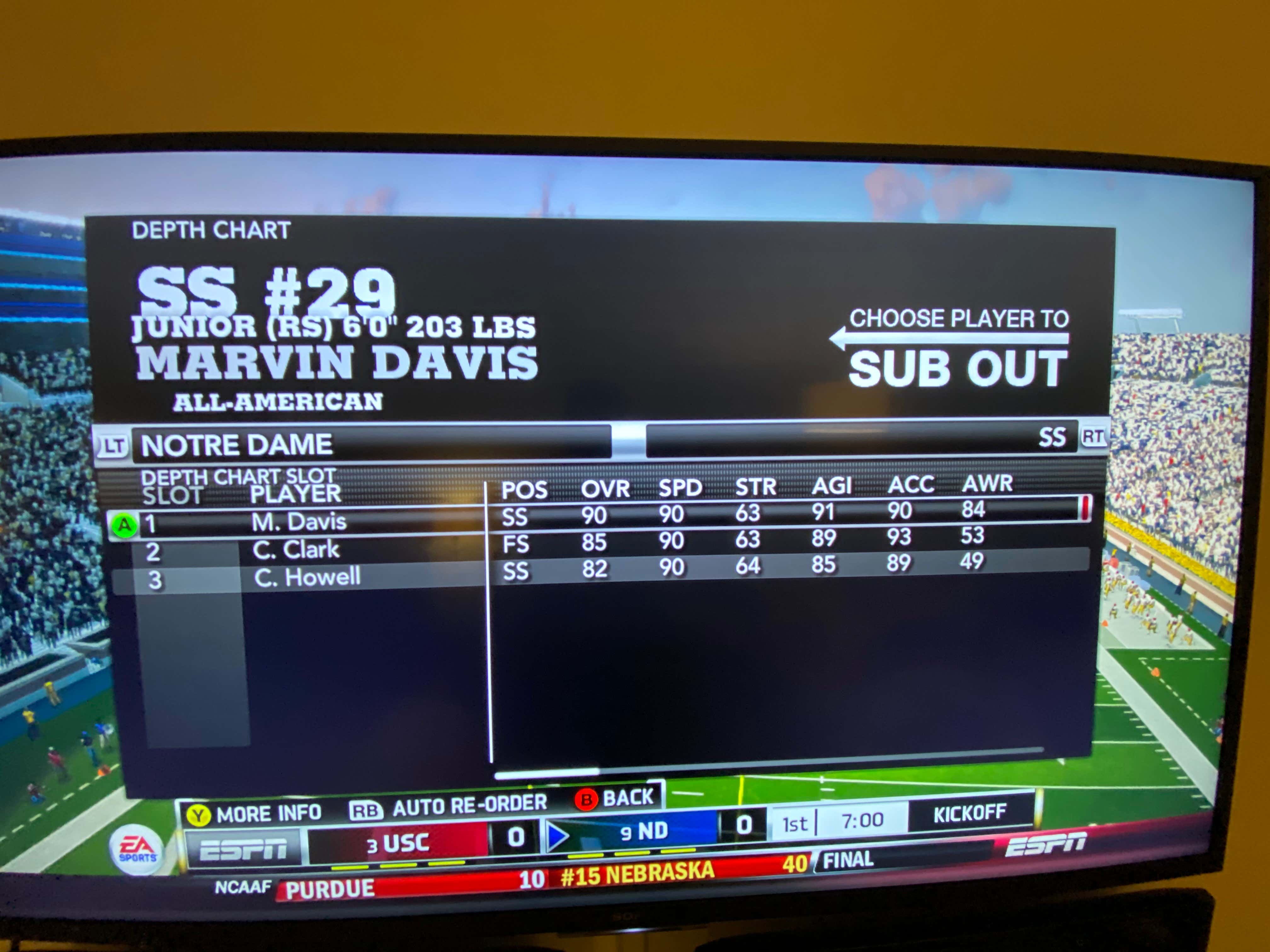 Davis' speed, acceleration, and agility are certainly impressive, but it's his awareness that should give Coach Duggs' pause from testing the deep middle in South Bend. Davis is a ball hawk and he's not alone in the defensive secondary. 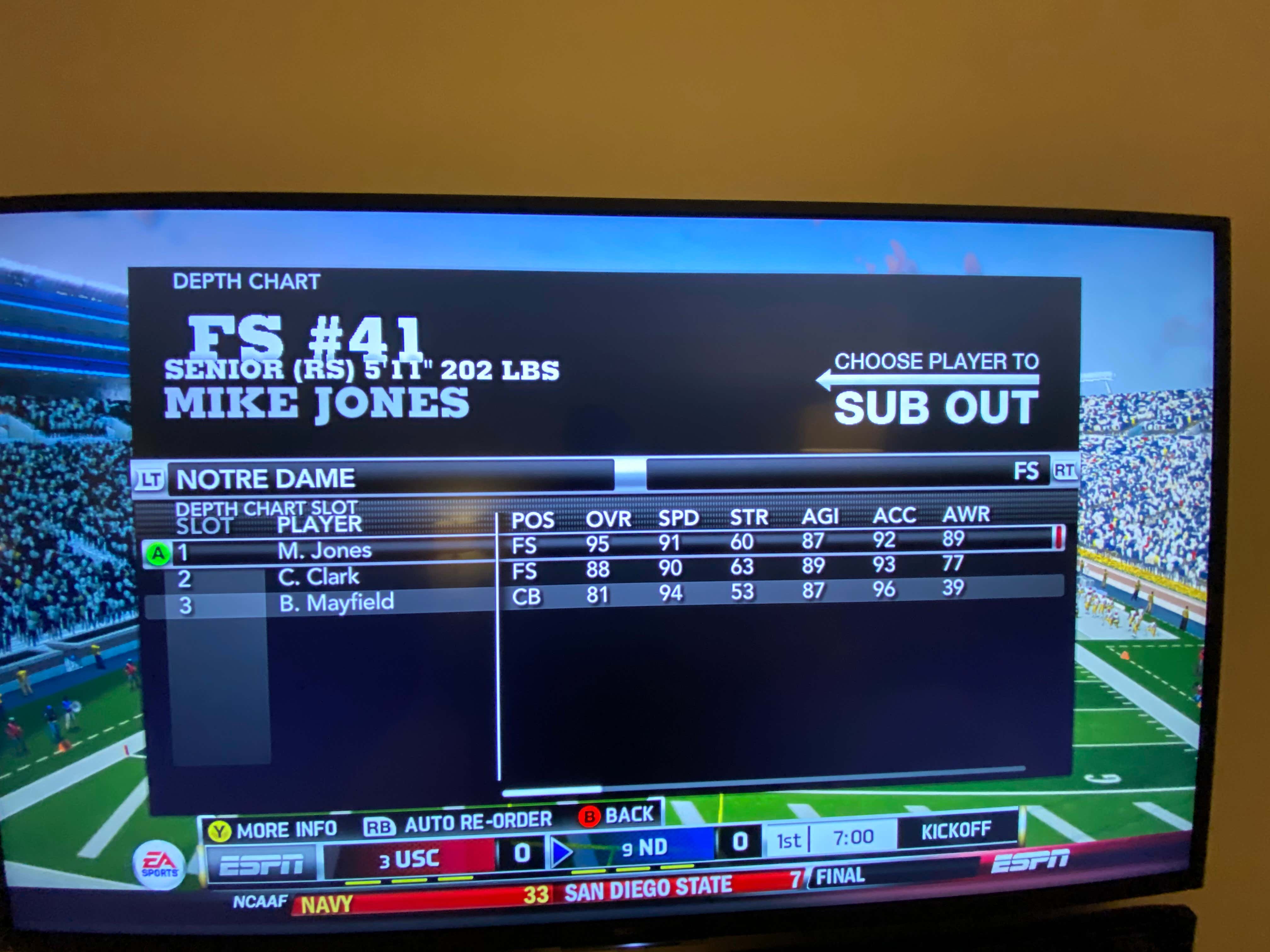 Senior Free Safety Mike Jones (WHO?!) is a slightly undersized centerfielder that urged Coach Duggs' "to just walk away and let [him] be" in the media this week.

The USC signal caller with prototypical size and a pro-ready arm, Chaz Kyle is having a a wild senior season. 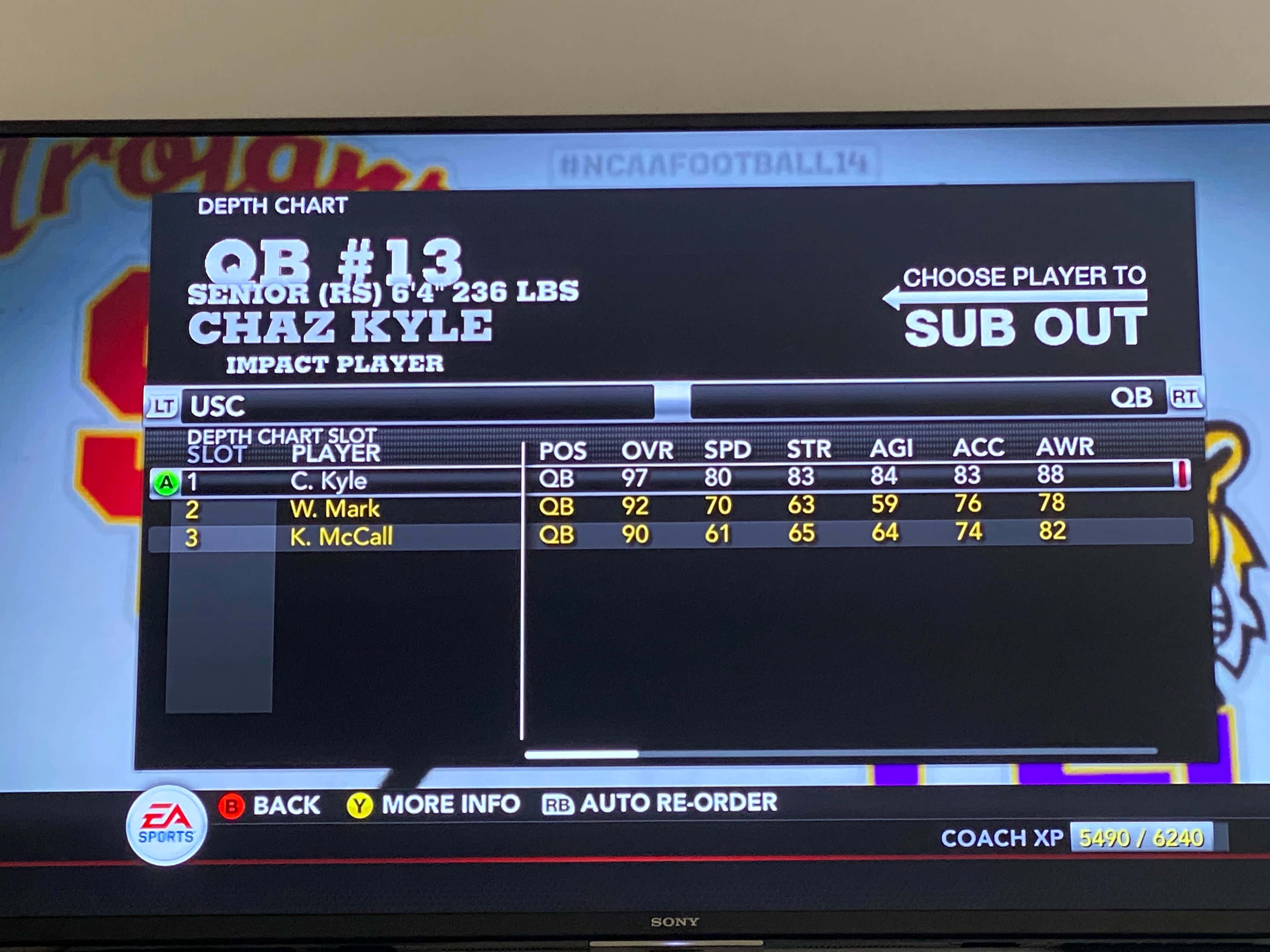 He's seen his numbers skyrocket under Coach Duggs' leading the Trojans high-flying offense, but he's also thrown too many interceptions which has resulted in USC having a -9 turnover differential on the year. While Kyle's gunslinging tendencies may work against the Toledos and Utahs of the world, Notre Dame's defense is a different animal. 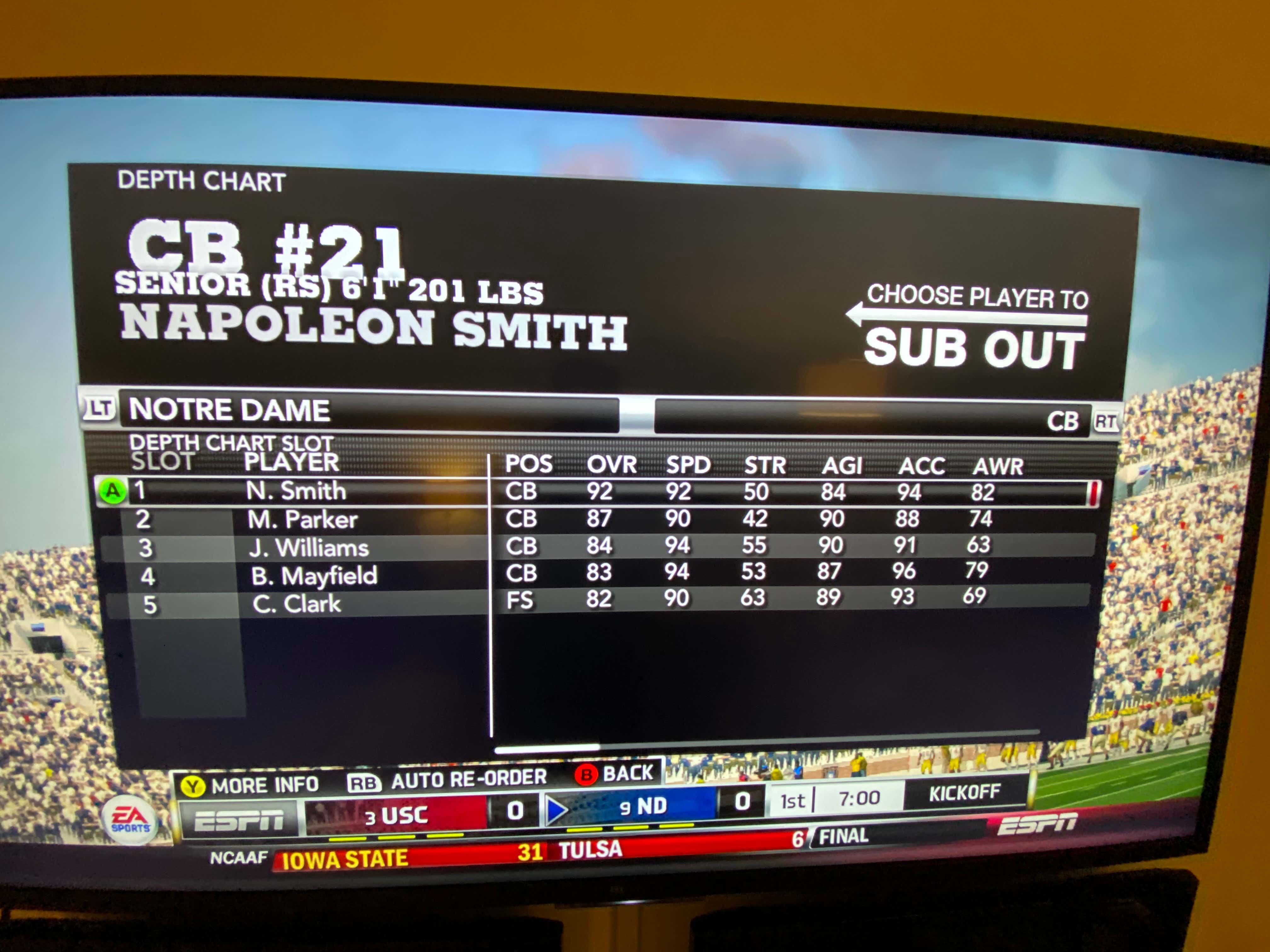 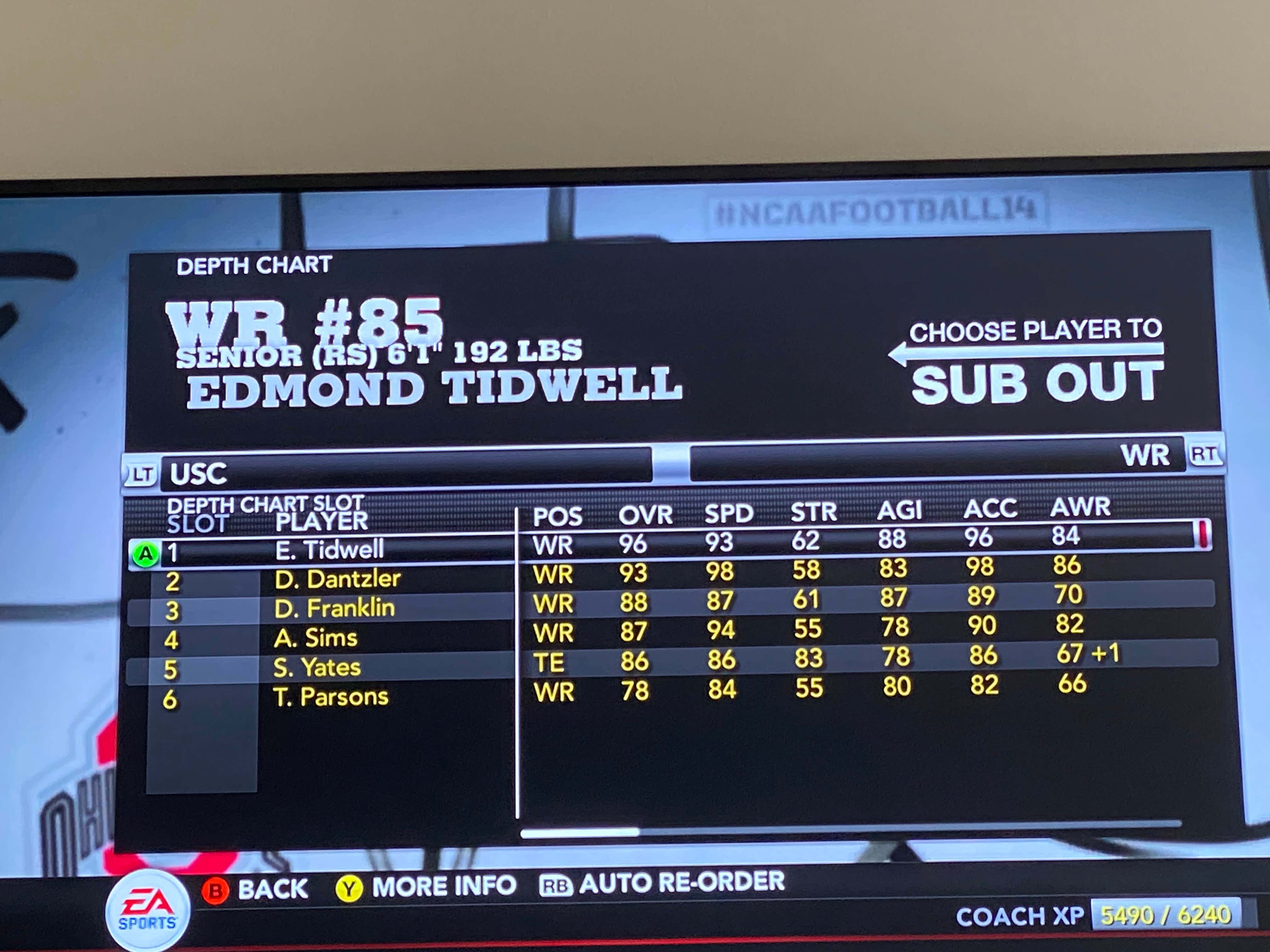 Under Duggerton, USC has abandoned the run sooner than in his FSU days behind Heisman Trophy winner Cam Banks. But the secret to winning this game for the Trojans could be USC RB TJ Diggins. 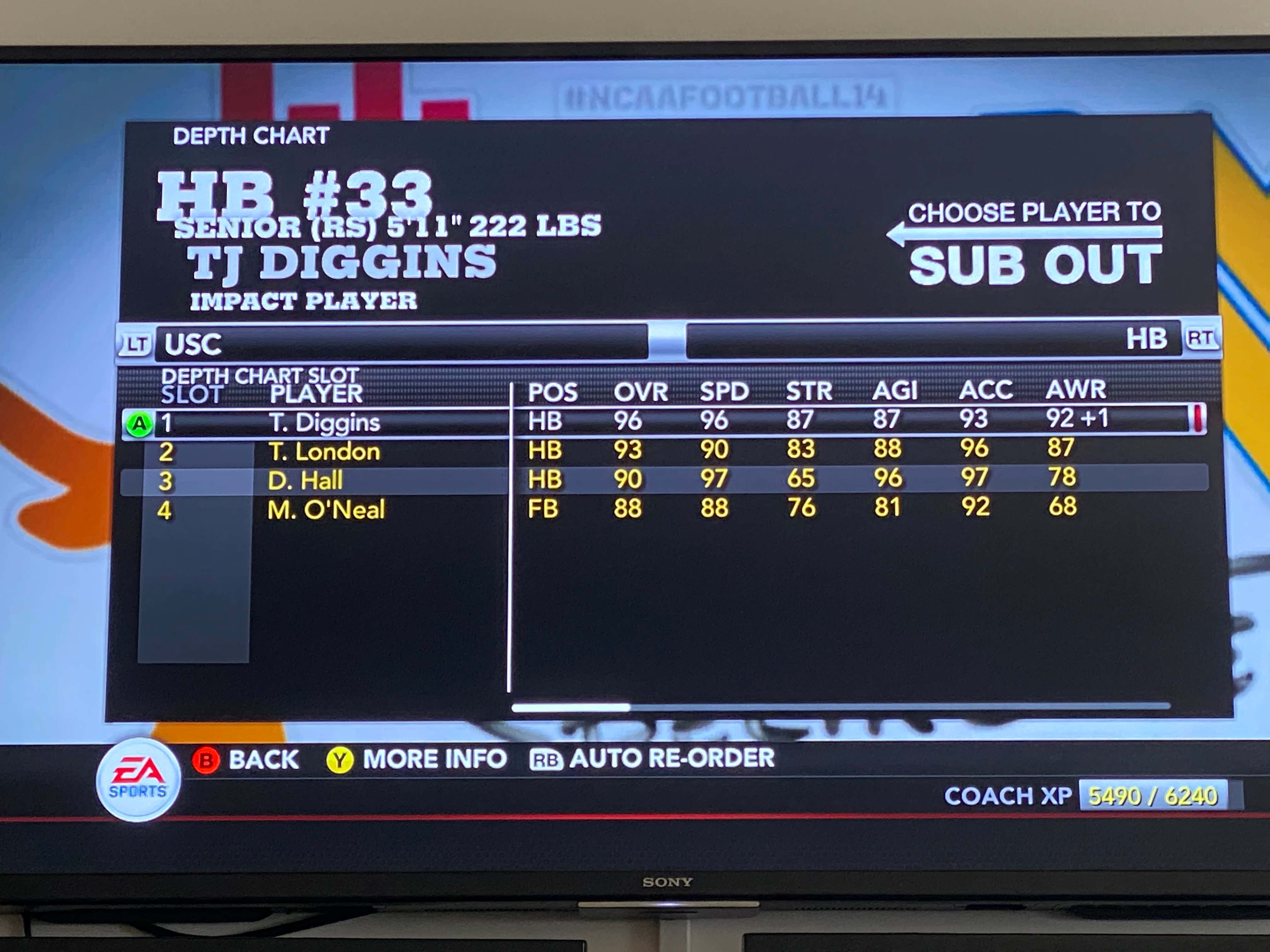 USC's line has had a tough time protecting Kyle and facing a star-studded Defensive Line with three guys that could be playing on Sundays next year in DT Travis Weaver, and DEs David Fogle, and Maurice Collins, Coach Duggs will have to do something he has been hesitant to do so far in Southern California, pound the rock.

Will the Trojans remain undefeated and keep their National Championship hopes alive? Tune in tonight at 9pm eastern to http://twitch.tv/pardonmytake to catch all the action.