I dont know if this is some sort of Celtics bias coming from Bill Simmons. I'm not sure if theres some sort of personal vendetta against the Worm. But there must be some piece of the puzzle I am missing here because this makes NO SENSE. You can put whatever disclaimer or stipulations you want on this take - the time period, the team he played for the at the time, whether we're talking on the court of off the court, whatever you want - saying Dennis Rodman isnt interesting is just flat out an incorrect opinion. You dont have to like him...you can hate his style and the way he carries himself...but acting like this man: 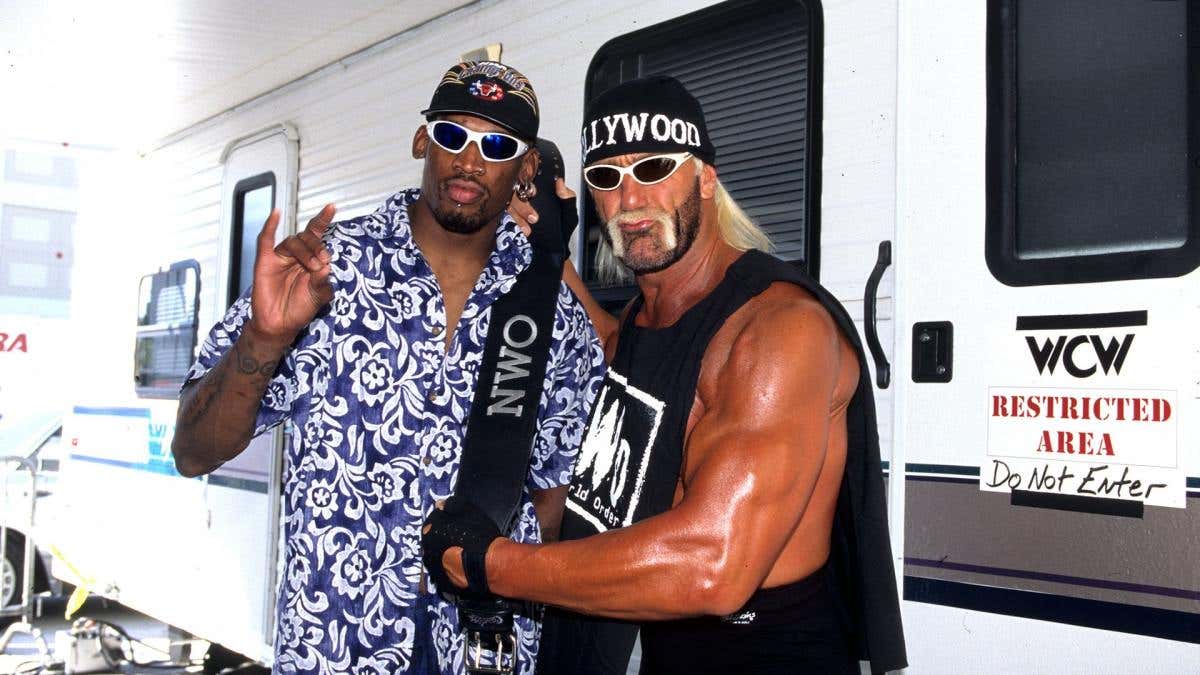 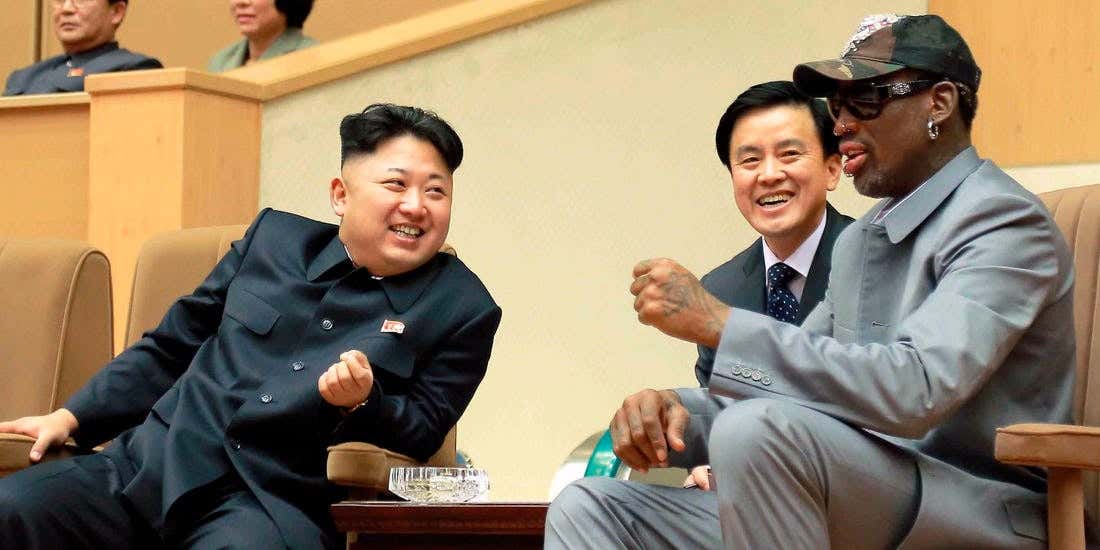 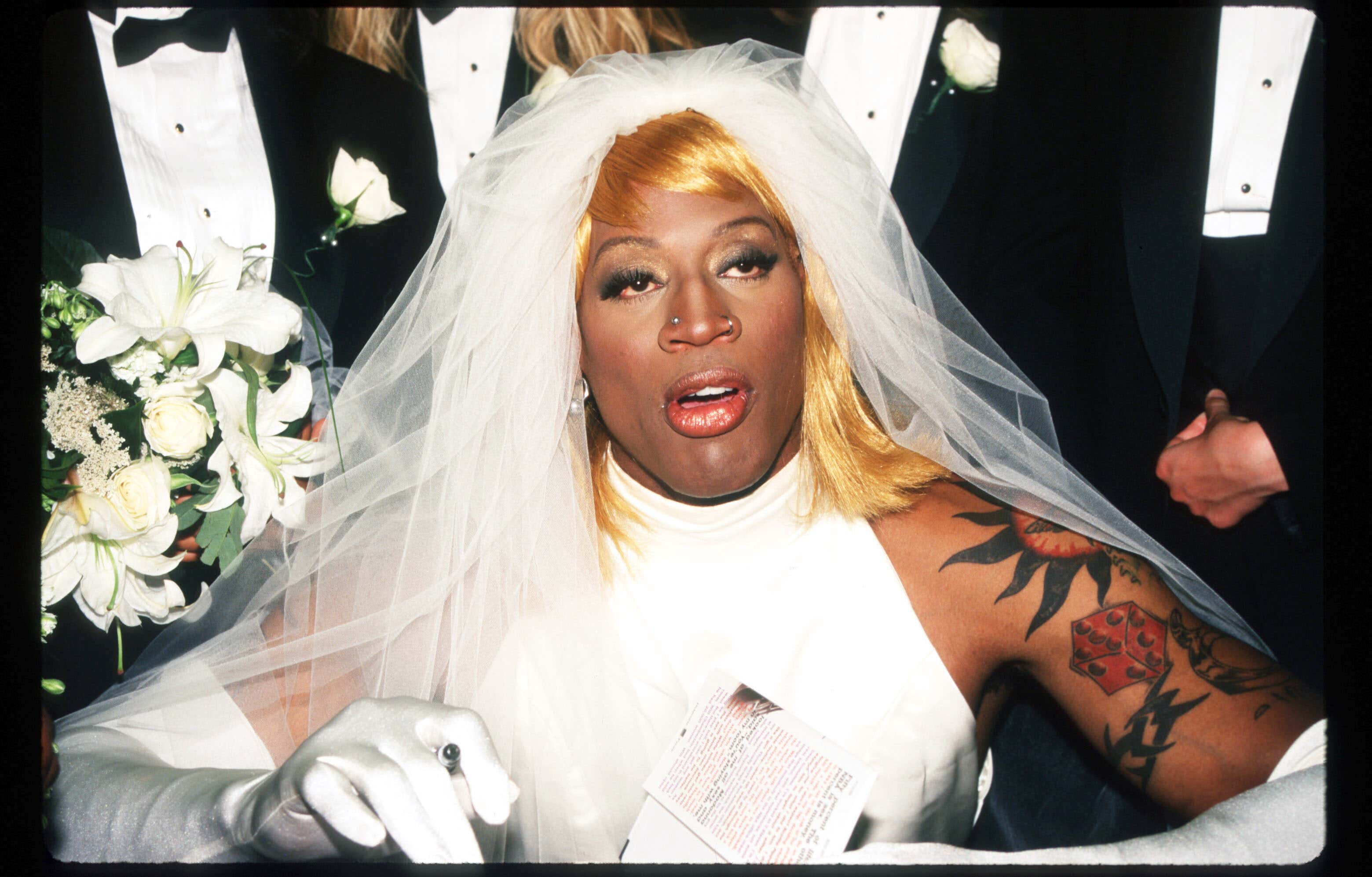 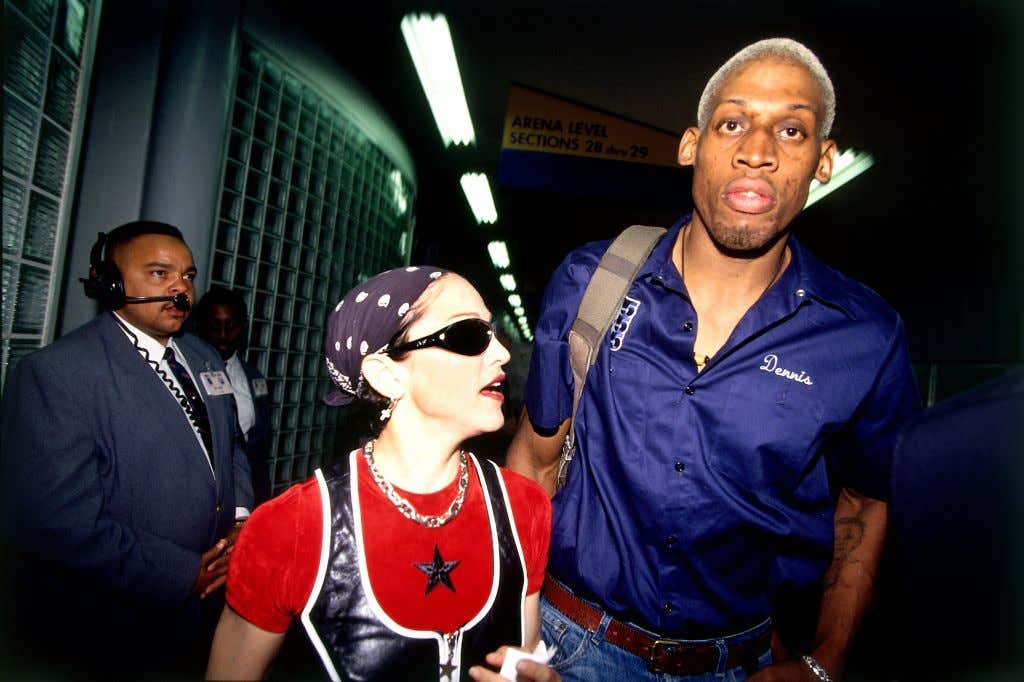 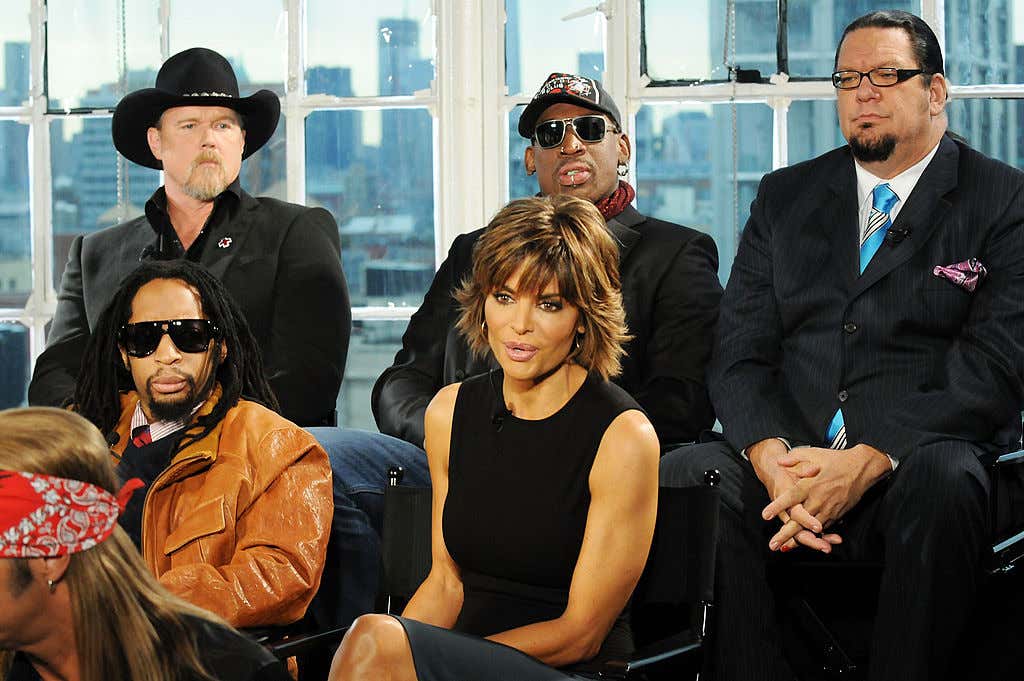 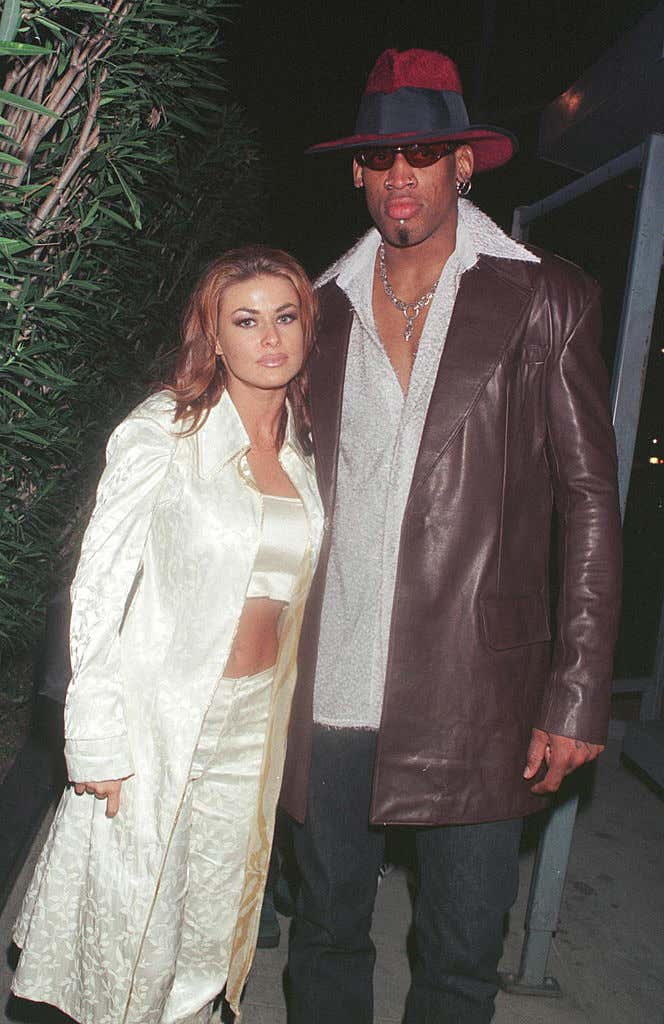 Isnt interesting is just silly. Take whatever time period you like, doesnt matter hes got a story to tell. When he was born to a man who fathered 48 kids... as a teenager when he needed to be taken in by a surrogate family and filled the void left after their son had accidentally shot and killed his older brother...as a 20 year old scrubbing toilets who grew 13 inches to become a college basketball prospect...to his early career with the Pistons as a junkyard dog who almost killed himself before Craig Sager talked him off the ledge in the parking lot of a strip club...to his time in San Antonio where he became a pop culture and fashion icon while David Robinson tried to force God into his life...to his time with the Bulls which we all saw on display last night where three of the most cerebral and impressive players/coaches of all time singled out how special of a person he was...to his off the court life with Carmen Electra and Madonna, along with the thousands of women he slept with and the countless couples who asked him to have threesomes...to his post-career life in the WCW with Hollywood Hogan and DDP...to his multiple books hes written, along with his reality TV appearances where he established a relationship with the now President of the United States...to his unofficial rogue involvement with North Korean diplomacy...all while fighting drug and alcohol addiction issues, and a BOATLOAD of mental health problems. I mean, the man broke his penis THREE times. One...Ta-whoooo...THUREEE

CMON. That is the blueprint for being interesting. Dennis Rodman's 5 minutes on KFC Radio was more interesting than some NBA player's entire lives:

I'm sure on the podcast Simmons was singling out some of Rodman's less eloquent, more unsavory years. I'd be willing to bet he's talking about him being sloppy and distasteful...but thats part of what makes The Worm so interesting. Dude was an absolute wreck. He was a nightmare to deal with, but was so good at what he did and such a good teammate, people were willing to put up with it. Maybe thats not likable, but thats extremely interesting. And sure, maybe in his later years as he mumbles and stumbles around, he doesnt come off as the sports hero from a Disney movie, but, again, thats why hes interesting. That dude has been through EVERYTHING life has to offer. The good, the bad, and the ugly. He's been on the verge of death, and hes live din the lap of luxury. Hes been an absolute nobody, with zero people even caring whether he lived or died...and hes been a superstar a part of a sports dynasty who's popularity extended all the way over to the Independent Socialist State of North Korea. Hes lived all across every spectrum of life - money, sexuality, success, life, death - ALL of it. He's seen every side of every spectrum. Lived on both sides of the tracks. Been on top, been on the bottom. Had a fully functioning dick and one thats been snapped in half. That man isnt interesting. That man is FASCINATING.

Again, I understand Bill is trying to put some sort of framework on this take to make it more understandable, but still without having heard it, I can tell you that aint true. A guy like him, with all his perspective and experiences, hes always gonna be intriguing. You cant turn on and off life experiences and how it molds you as a person. Maybe hes not as lucid or eloquent in certain periods of his life, but hes still got that track record and that body of work that makes him one of the most interesting men ever in the public eye. He was ahead of his time, whether you're discussing fashion, or basketball of television and pop culture, and so we always took him for granted. I thought by now though, and especially after last night getting to hear some more tidbits about his time on MJs Bulls, we would have stopped doing that. I thought we could all acknowledge The Worm is the weirdest to ever do it. But I guess its still not enough for Bill Simmons. I'm sure if he played for the 80s Celtics it would be an entirely different tune, but since he was a part of the Pistons and Bulls, he's just a boring wet blanket.

I know I'm on the other end of this scale and think Rodman is the most interesting sports figure of the last 25 years, but I really cant wrap my mind around any variation of that take. You have to be trying to stick out with an opinion like that. Its just objectively wrong based on the very definition of the word "interesting."