1997- MJ had Chicago going for their 5th championship ring, so Sting could repel in front of another banner at the United Center on WCW Monday Nitro.

I don't remember much about 90's wrestling as it happened, but one of the images etched in my brain was Sting being creepy in the rafters with his face painted black & white. The Juggalo superhero had an unforgettable look, so I've always randomly thought of Sting when I think wrestling.

Turns out, the black and white facepaint I associate with wrestling, has a darker story. The face makeup can actually be associated with the homicide of a young Hollywood actor.

Sting's face paint was based on a superhero movie - which was based off a comic book called The Crow. 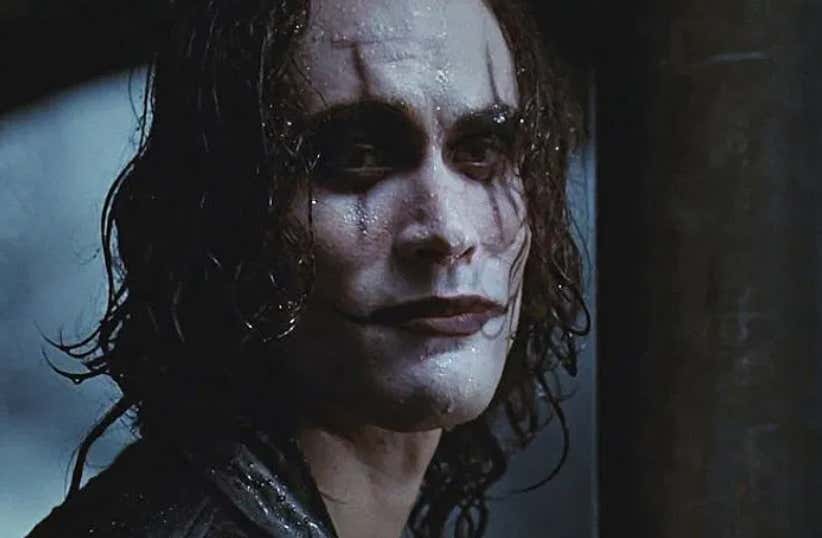 28-year old Brandon Lee, son of kung-fu star Bruce Lee, first wore the makeup when he received his breakout role as the superhero resurrected from the dead, The Crow.

In a scene that was supposed to involve Brandon Lee being shot, for some reason the production team decided that manufactured and regulated dummy bullets were too safe. SO, they decided to "hollow out" REAL LIVE BULLETS THEMSELVES and use that as dummy ammunition.

Unknown to the actors or crew during the scene, the gun had a bullet tip in the chamber from the test firing.

Brandon Lee underwent a 6-hour surgery to save his life, but efforts were futile. Lee passed away the next day.

Almost a month later on this date, April 27th, 1993 The District Attorney announces negligence as the caused death of actor Brandon Lee.

Brandon Lee's mother settled in a lawsuit with the studio. No one was charged in Brandon's death.