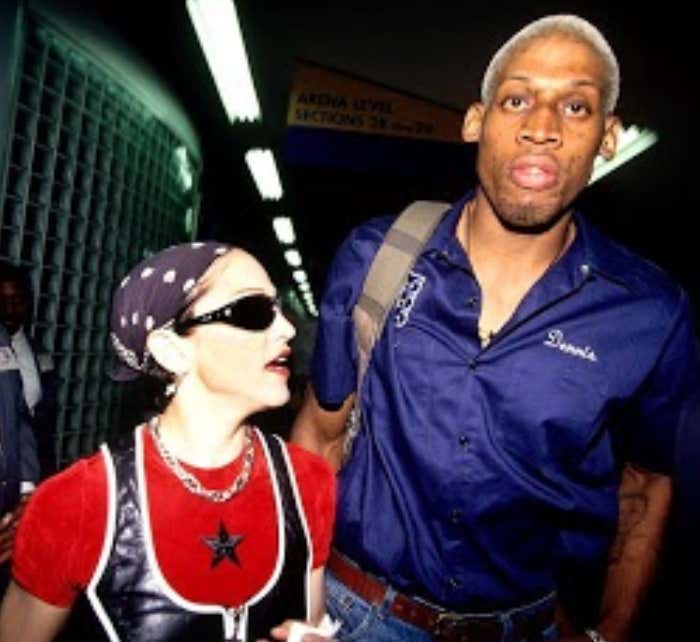 Last night I tweeted out the following during hour one of 'The Last Dance' after it was mentioned that Madonna helped Dennis come out of his shell... 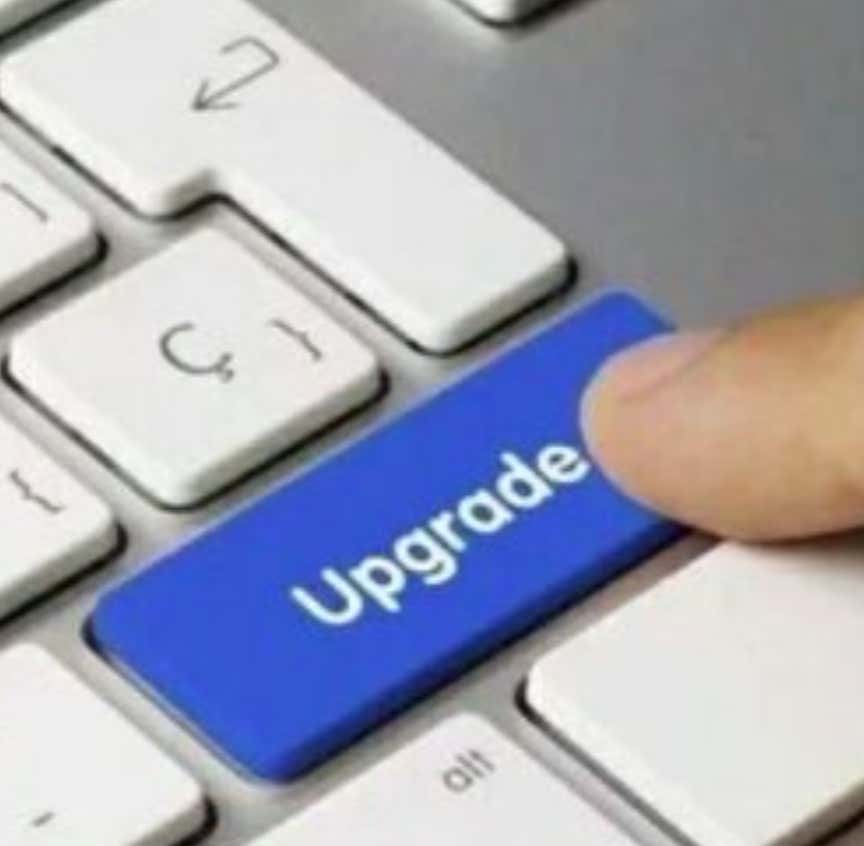 According to the doc, prior to their dating Dennis was a relatively quiet guy. It was Madonna that instilled the confidence in him to become a full blown whack job. And I say that in the nicest way possible. When you think about it, it makes perfect sense. Madge had a history of dating eccentric guys (Tupac, Michael Jackson, Jellybean Benítez) and she brought out the crazy in all of them. How could she not when she herself was crazy?

And even though they only dated for a few months in 1994, in that time they were everywhere. Every paper, every talkshow, every tabloid wanted a piece of them. It's tough not to with headlines like, "Madonna offers Dennis $20 million to impregnate her."

The world gagged when Rodman and Madonna stepped onto the scene together. Their fling only lasted an alleged two months but it remains one of the most popular celebrity relationships in history. They even shot a VIBE Magazine cover for the June 1994 issue where Madonna interviewed Rodman, but it was never published due to conflict behind-the-scenes.

He recently told the story of Madonna’s alleged $20 million offer to impregnate the singer. In an interview with The Breakfast Club, Rodman said Madonna wanted to have his baby and that he went to great lengths to try and grant her wish.

The NBA star was in Las Vegas gambling when he claims he got a call from the singer to arrange for him to travel to New York to get to work on their baby. “She said, ‘Dennis, you know that I’m ovulating,’” Rodman recalled. After ending their phone call, he flew to NYC on a private jet the singer charted for him so that he could sleep with her. Afterward, he immediately flew back to Vegas to finish his gambling.

She was the one who introduced Dennis to the rockstar lifestyle that he fell in love with. You have to remember, Madonna in 1994 was the equivalent to Kim Kardashian and Justin Bieber combined now. Dennis was still, according the doc, relatively naive at that point. So her wrapping him up in that lifestyle clearly impacted who he was off the court. Which then translated to who he was on the court. She was the spark that ignited his crazy.

So thank you, Madonna. We owe you one. And before you get upset, I'm not saying the Dennis wouldn't be the player he was without Madonna. Dennis was destined to be Dennis. I'm just saying she helped in the process. That's it.