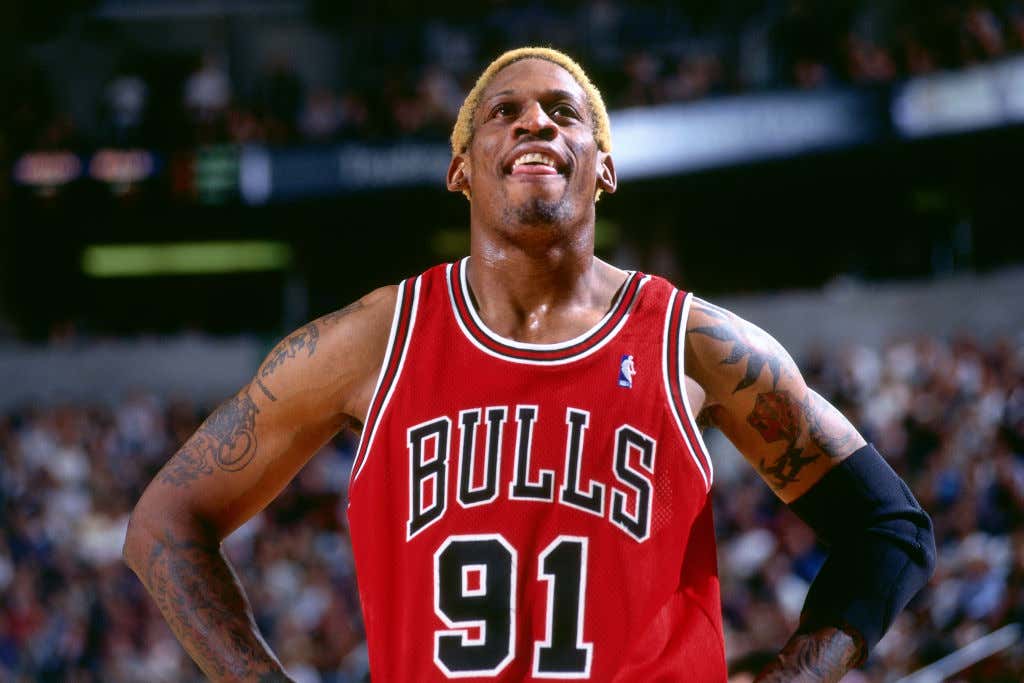 Dennis Rodman obviously took the world by storm last night. Even if you already knew all about his life and his career, there's no denying last night was a great inside look at the person and the dominant player that he was. The stories are outrageous, the production on the court even more so, I don't think it's crazy to say we'll never see another player like Rodman again when you factor in everything.

Just like with Phil Jackson last week, as awesome as the actual documentary has been, I think I've been enjoying hearing these guys break down film even more. You expect it from a coach like Phil Jackson, but last night Rodman did his own breakdown of the triangle and as someone who loves this kind of shit it was just as enjoyable to watch

There's a reason Michael Jordan says Rodman is one of the smartest basketball players he's ever played with. You don't become the monster that Rodman was without having a high basketball IQ, and I think that's a pretty underrated part of Rodman's game. Hearing him break down that film was awesome. You can tell something clicks in his brain the second he starts talking basketball. They touched on the triangle a little bit last night and this video just goes to show you how complicated it can be with all the different options and motions. Adding to the breakdown with some patented Rodman flair made it even more enjoyable.

I hope they continue to do this as the documentary goes on, but I'd love to see it on different things than just the triangle. I'd love to hear them break down plays from certain situations and give us an even more inside look at how things went down. So far the first two breakdowns with Phil and Rodman have been awesome and are the perfect complimentary piece to this incredible documentary. Need more of it.