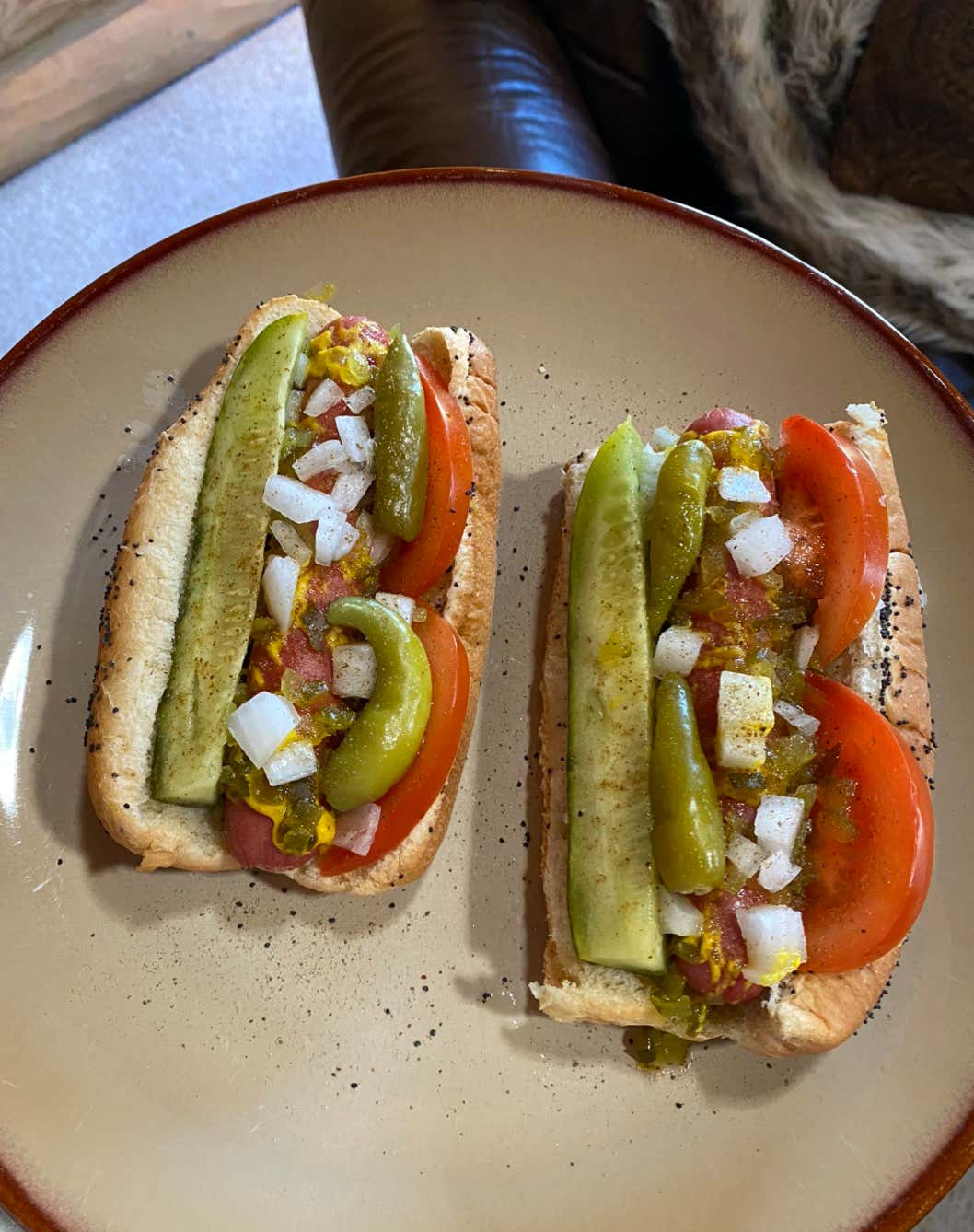 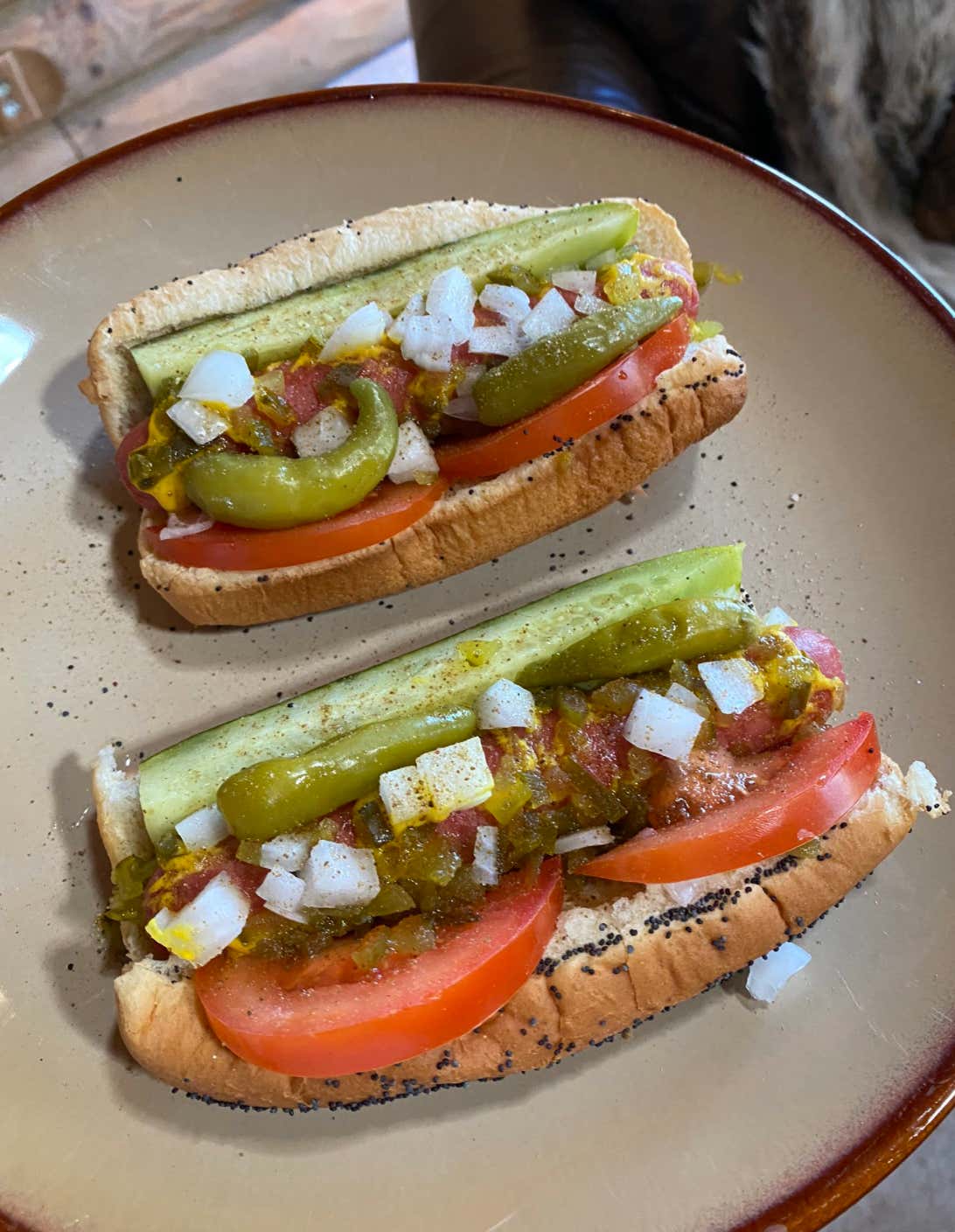 JJ Watt posted these hot dogs as a little Sunday afternoon appetizer into the Last Dance tonight. It's a nice gesture and seeing as I had an original char dog from Fatso's today, I'm feeling in an excellent mood to judge JJ's dogs. He went heavy through the garden on the ingredients so now I'm about to go heavy through the garden on my analysis. And as no surprise, the 1st team all pro gave a commendable effort. Let's get into the analysis,

Overall - I hate that JJ depreciates the value of a hot dog before we even see the pictures. Hot dogs being my finest work says all you need to know about my skills. Uhh Hey JJ hot dogs take some fucking skill. We've been over this at least once a month in Barstool Chicago HQ. Not all dogs are created equal and almost always it goes back to the man making the dog. So before we get into specifics, I would ask we show a little more respect. If it were that easy everyone would have a line like Gene & Judes

Easiest thing to bomb out of the gate is the poppyseed bun. You want those little crunches with each bite. You can survive without a poppyseed but I don't recommend trying because you lose all respect. So far so good.

JJ lays it on thick. Those aren't slices as much as they're wedges. Call it sloppy. Call it hungry. Either way you're getting into a very tomato dominant dog which I don't recommend. A chunky cut doesn't ruin it for me I just think it's a little amateur to load up. Makes me feel like you really want ketchup JJ. 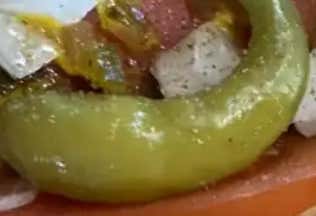 That sport pepper has 1st round size and strength. Maybe not for everyone but if you go heavy tomato, I think you almost have to go heavy sport pep to balance the flavor profile. Especially considering...

Not to get picky but it's diced onion. DICED. There should be approximately 100-150 little diced onion bits on that bun. Not the bulldozing left tackle sized onion. This is all about nuance and not the crunch. You want subdued notes of onion floating in and out of each bite, not the big bois. We didn't evolve our molars to tackle the onion on Chicago dogs and I don't plan on starting now. 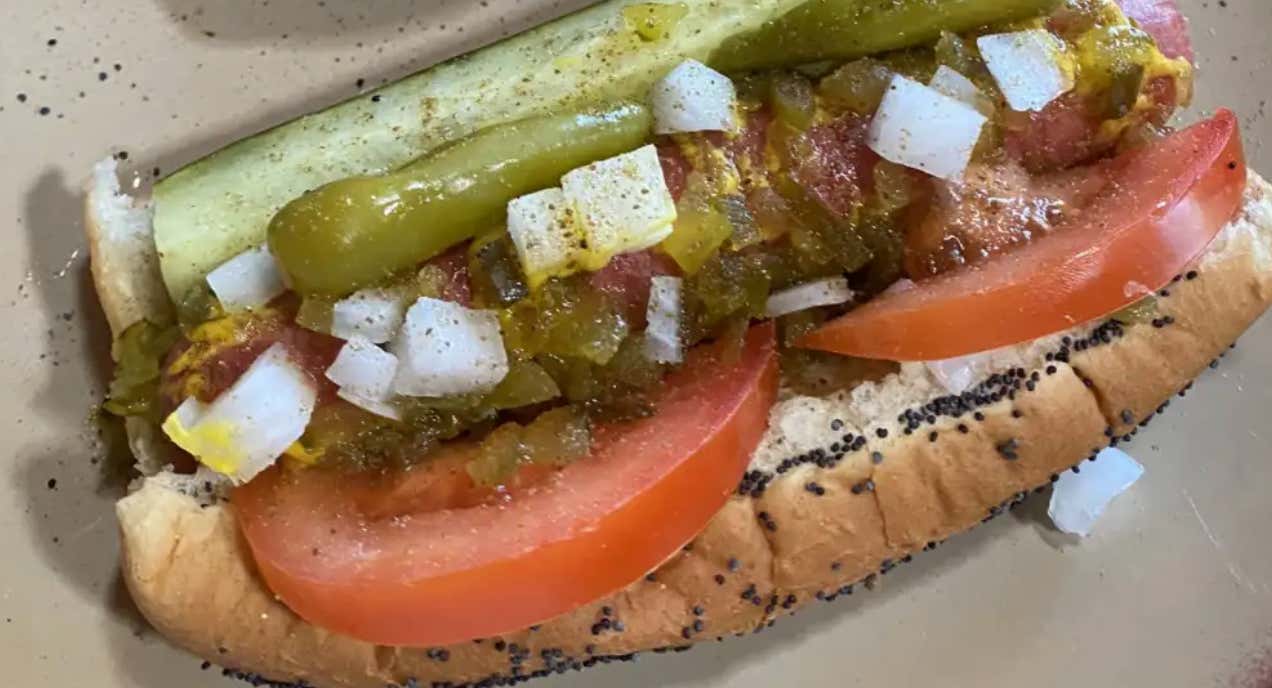 Need more plain and simple. Some areas we've gone heavy where we could go easy and vice versa. Mustard you want to be on the heavy side. It's like wearing layers to a football game. You can always take some off but you can't add what you don't bring. In a Chicago dog. you want the mustard to bind the diced onion to the relish to the bun etc. It's a bonding agent and if you don't have enough, things get sloppy as we see below:

Old fashioned relish plays a lot more than people want to argue. But from an aesthetic standpoint we bring out the neon because it matches well with the yellow mustard and red tomato. Although admittedly probably hard to find in Texas or wherever JJ quarantines so I won't hold it against him. We'd just like to see it done anyways. Like good footwork on a defensive lineman... we won't hold it against you if you still get results. But in the long run you're better off being sound technically and having the neon relish.

Generous? Heaping? Idk the right descriptor but we didn't hold back and I like that personally. Celery salty goes a long way on a dog but it's unfortunately the most overlooked part. From a flavor standpoint, it can do a lot depending on what type of meat you're working with. If it's a boiled dog, you absolutely need the salt. Grilled or charred, you can probably get by without and that's what I respect about JJ here. He takes no risks. He appropriately distributes, maybe even too heavy, but as we've seen, there are some thicc cuts on the condiments. This makes sense.

The actual dog itself looks like it's Vienna. I won't lie. The red casing has me leaning Vienna but I can't say for sure. My heart also tells me that's a boiled or a steamed dog, making me like it even more. Bonus points for being bun length and having a good circumference from what I can see. Worst thing would be to get this far and see it's a little bitch dog. Fortunately it's not.

I like these hot dogs. Maybe I don't love them. Maybe I don't build a franchise around them and go to the hall of fame in the process. But I'm certainly starting these hot dogs en route to a 10-win season. If we got hot in the playoffs, great. But at this point in quarantine I think we just want to get there. Generally speaking I think these dogs could play a significant role without being the biggest superstar.