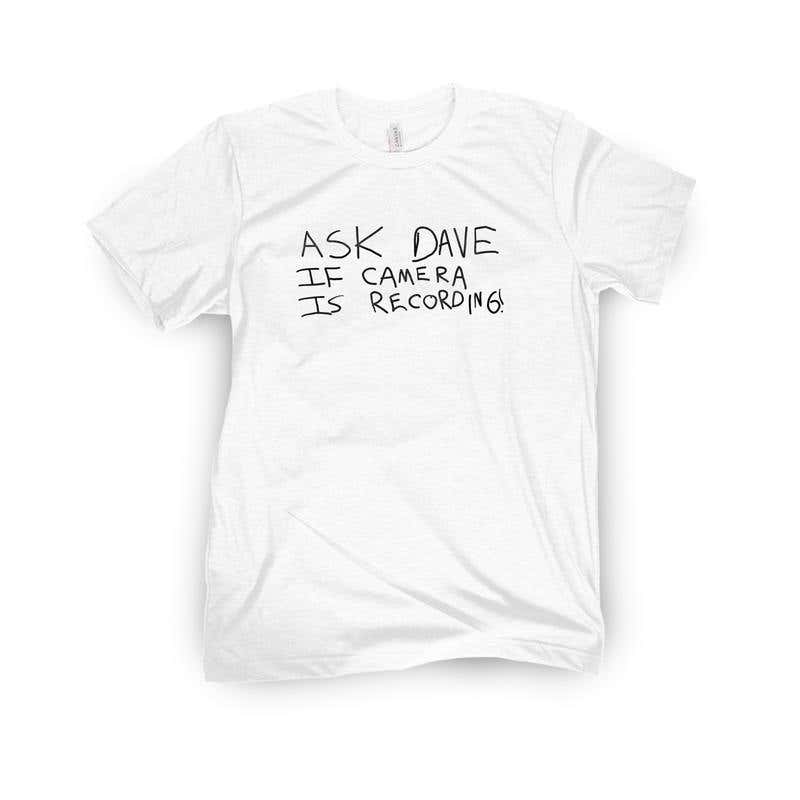 This might be the most niche shirt ever created. You gotta be a real OG, OG, OG, OG to understand this one. First off just to know where it comes from, but also what it means. This is the Barstool version of If You're Reading This, Its Too Late. Literally, with Dave's chicken scratch, and figuratively with the meaning behind it. If this sentence was being called into question, it was too late. It meant we had already performed an entire episode with the camera not recording. It meant we had to fake another episode regurgitating the same takes for a second time, which never works. It meant we were probably screaming at each other and pointing fingers through our webcams, somehow debating whose fault it was, when its VERY OBVIOUS whose fault it was!

That phrase means everything. Pre Penn. Pre Chernin. Pre hairplugs. Pre PMT. Pre kids. Pre split ups. Back when the Stool was the STOOL. When we were a totally bootleg, makeshift operation that needed to run out of 3 different states every single Monday through Thursday. 4 days a week, 52 weeks a year since 2014. Probably about 1250 episodes. 1260 if you count all the times we did an episode without Dave recording. And the most important part of that sentence is the message involved. Reminding us that it was our responsibility to make sure Dave's camera was running. So perfect. So Barstool.

With the Rundowns being back to their old glory, I felt it was only right to honor the OG Rundown days with this shirt/piece of art. If you know, you know.