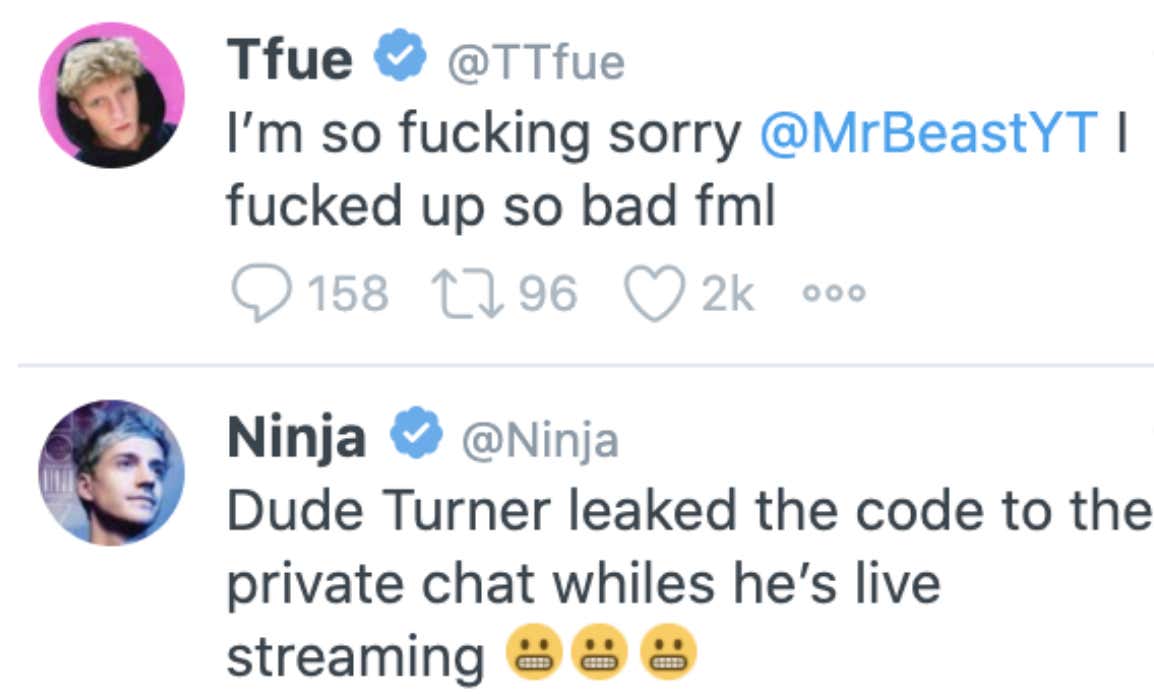 DEXTERO - YouTube star Mr Beast held a star-studded rock-paper-scissors charity tournament, featuring some of the net’s biggest entertainers — but one of the contestants accidentally leaked his phone number during their own stream.  Fortnite pro and Twitch streamer Turner ‘Tfue’ Tenney took to Twitter as the tournament was underway to apologize to Mr Beast, writing, “I’m so f**king sorry Mr Beast, I f**ked up so bad FML.”As it turns out, Tfue had accidentally leaked the code to get into the competitors’ chat group — as well as Mr Beast’s private phone number, as evidenced by a series of screenshots taken by fast-fingered fans.  Tfue then hit back at the Mixer broadcaster with a pointed Tweet of his own, writing, “Ninja’s a p**sy.”

Wow!  What a story! Such a shame that something intended to raise MUCHO DINERO for a great cause turned into a petty internet gamer battle! Not nice!  All I know is if you mess with Ninja’s fanbase you’re messing with Smitty’s Army, too! They're as cool or as young as the #GoPresGo crowd, but still a vibrant, intimidating bunch!

PS - Is this blogworthy for a Saturday night???  Who knows?!?!  All I know is something similar was apparently blogworthy on Christmas Eve, no less!  It was URGENT END OF THE WORLD NEWS then, so it may be again now!  I'm sorry I'm just trying to cover for Smitty's LAZY ass per usual!