A handful of weeks ago, I decided to take a break from slowly drinking myself to death in an overpriced loft with a door that interests people far more than my own personality ever could watching Netflix. To stimulate my brain, I began to leaf through the Kama Sutra for the ninth or tenth time. As I was ingesting, taking notes on perfecting the Deep Lotus, my stomach grumbled. Feeding time.

As I peered over to my half-sized pathetic excuse for a kitchen, unwilling to combine any ingredients to make a meal, something in my mind clicked. Now is the best time to be lazy and order out for every single meal, as these mom and pop restaurants need us more than ever. I acted fast and ordered some spinach lasagna.

My act of heroism released a drop of serotonin I haven’t felt in months. I was instantly hooked on being the savior of these small organizations. My stomach was full, but my desire to help was not. After some pondering, I came to the conclusion that not only eateries needed help, but small-time artists (who were most likely struggling before this pandemic) we're in dire need of work.

At first I went to the typical furry forums I visit to commission a few fursonas of coworkers. Brandon Walker had been begging me daily to see himself as a hunky, business casual, anthropomorphic giraffe, so I began there, by asking a few up and coming members of the fur-munity for their depictions of Brandon's "true self". 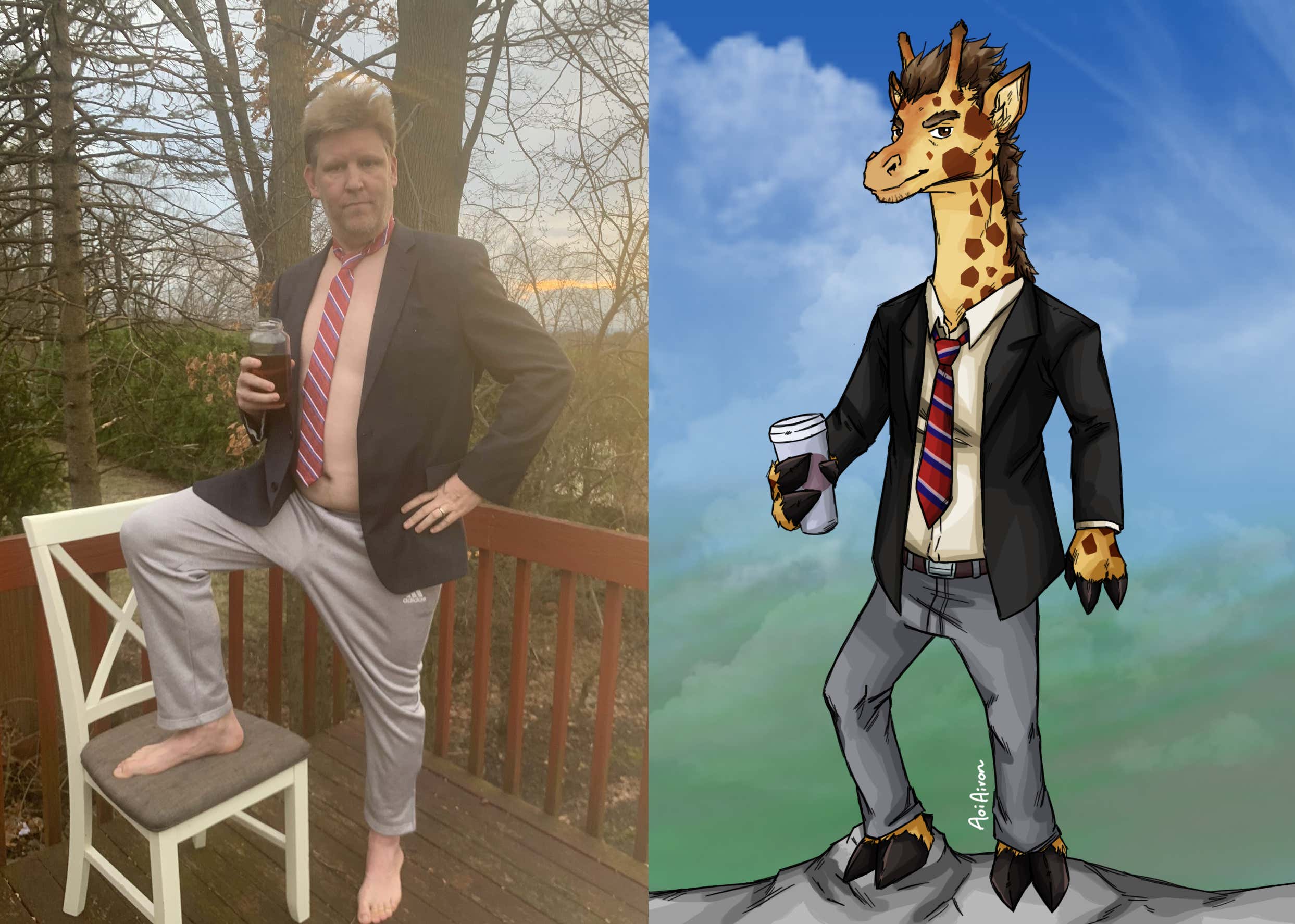 I had quickly realized, after being scammed out of $30 for a portrait of Jeff D Lowe as a koala, that I needed to head to a more reputable source.

The only logical destination was Fiverr, a website where people complete various tasks for, as the name suggests, just five bucks. Of course that's starting at $5, before fees, tip, and add ons (commercial usage, color, and rush fees), so the name is a complete and utter fabrication.

I selected some of the best artists, from Chennai to Kolkata, to complete beautiful renditions, depictions, and edits of my coworkers. Here are some of my favorites.

It was an afterthought after I sent off the photos, but I had only used KB's face, and there would no way for the artist to depict his height accurately. Yet somehow the artist, using their classically trained eye, was able to capture our respective statures. 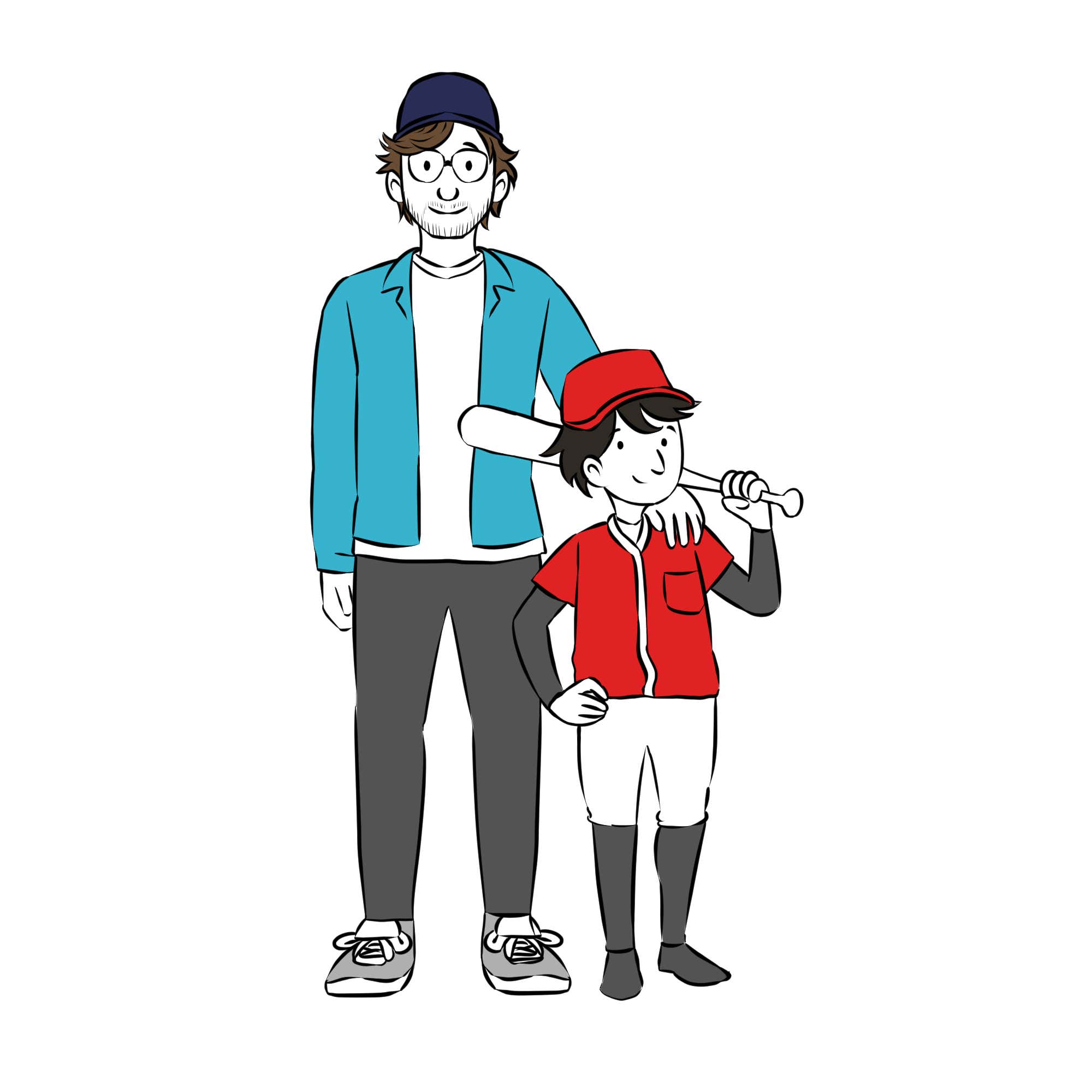 Perfect. This will be perfect to defuse tantrums whenever he discovers any human, causing no harm, doing a hobby that doesn't effect him whatsoever.

Next was a rookie photo editor from Ahmedabad. His page read like a Hydroxycut ad.

Now I was concerned with the verbiage of "normal body", as I planned to submit a coworker who regularly publicly uses his body for laughs. I had to ask before giving them a fat stack of five USD.

A quick response from the vendor asked for a photo of the owner of the vile torso, and then reluctantly, agreed to complete my ask. 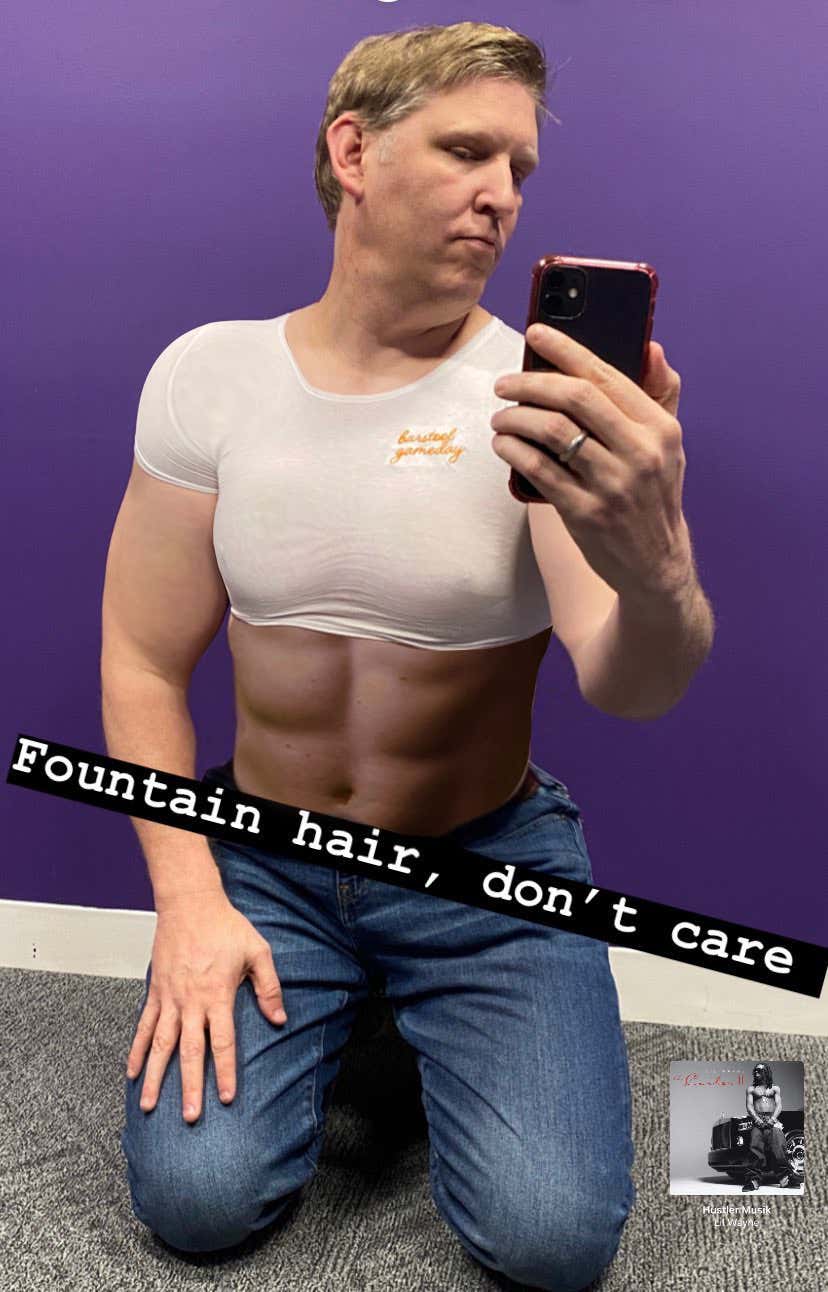 When I opened the final project, a single tear escaped my squinting eye, rolling down my cheek and on to my keyboard as I typed "Thank you, have you ever seen a more perfect specimen?"

Next, it was time to do something I should have done long ago.

When I started this job in early February, I walked into work as a nervous shell of myself. The fellas on The Yak had me on and made me instantly feel right at home. For some reason, they had asked me to come on again and again, until Big Cat offered me sixth chair, the first alternate for the show. In order to thank them for making this huge transition from central Ohio graphic designer to New York City whatever my title is easy, I wanted to immortalize their faces in art.

I decided to do the same thing they did for me, and find somebody with zero experience or skills, and give them what very well could be their first job.

I stumbled upon what could be the least confident, most honest king alive.

Luckily, he had all the skillsets I was looking for. He could draw and commanded Phothoshop expertly.

Out of all of the artists, he took the longest by far. And when I received the final product, I understood why. His interpretation of the Yak boys was stunning. Each stroke a masterclass in dexterity. The passion of Rone captured in his now asymmetrical eyes. Caleb's warm demeanor was brought to life, and it felt like he was right there by my side. KB's eyes, just as lifeless as they are in person. Dan's past as the former president of Iraq was depicted to perfection. And Brandon. 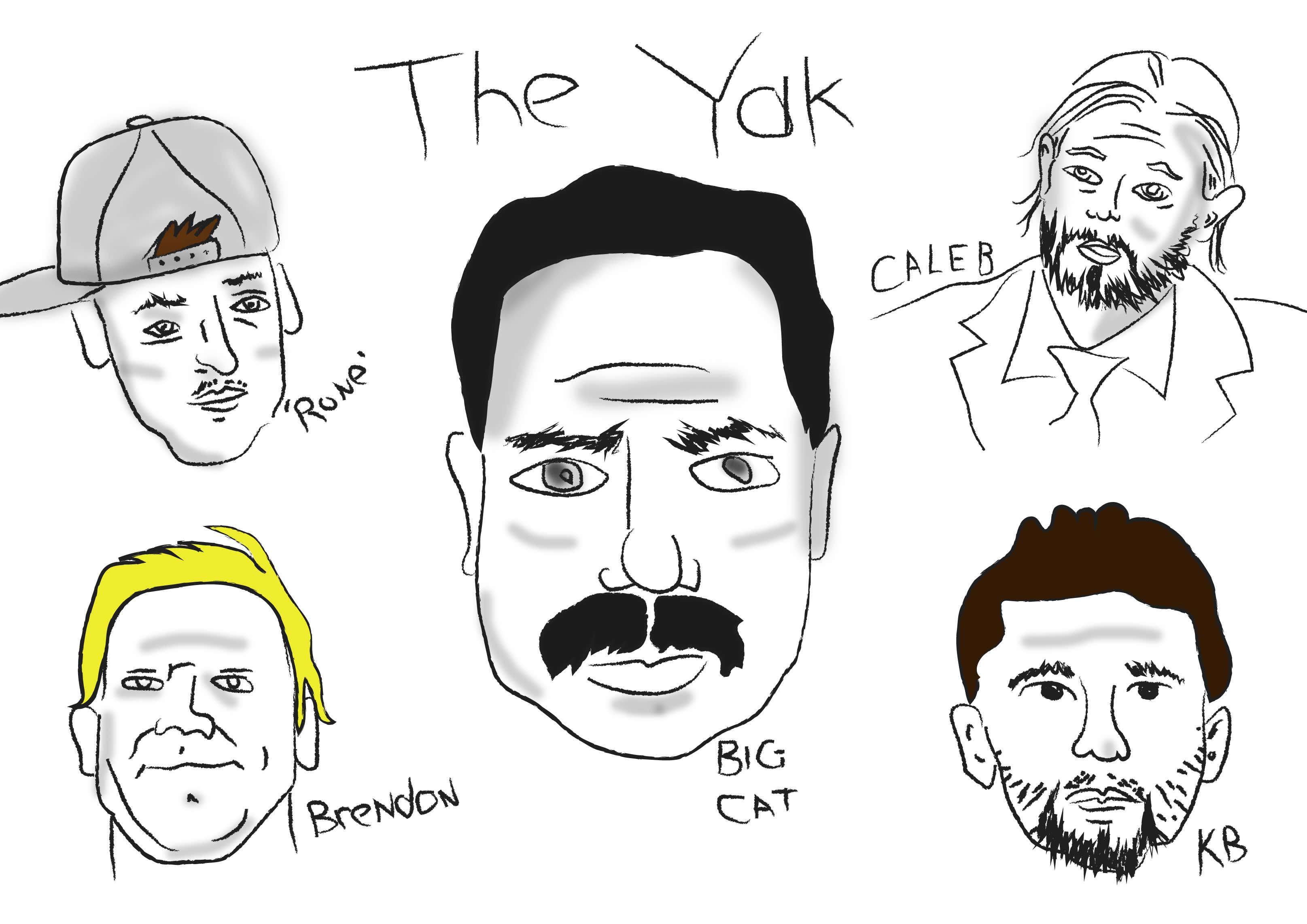 This blog cost me one hundred and thirty seven dollars.