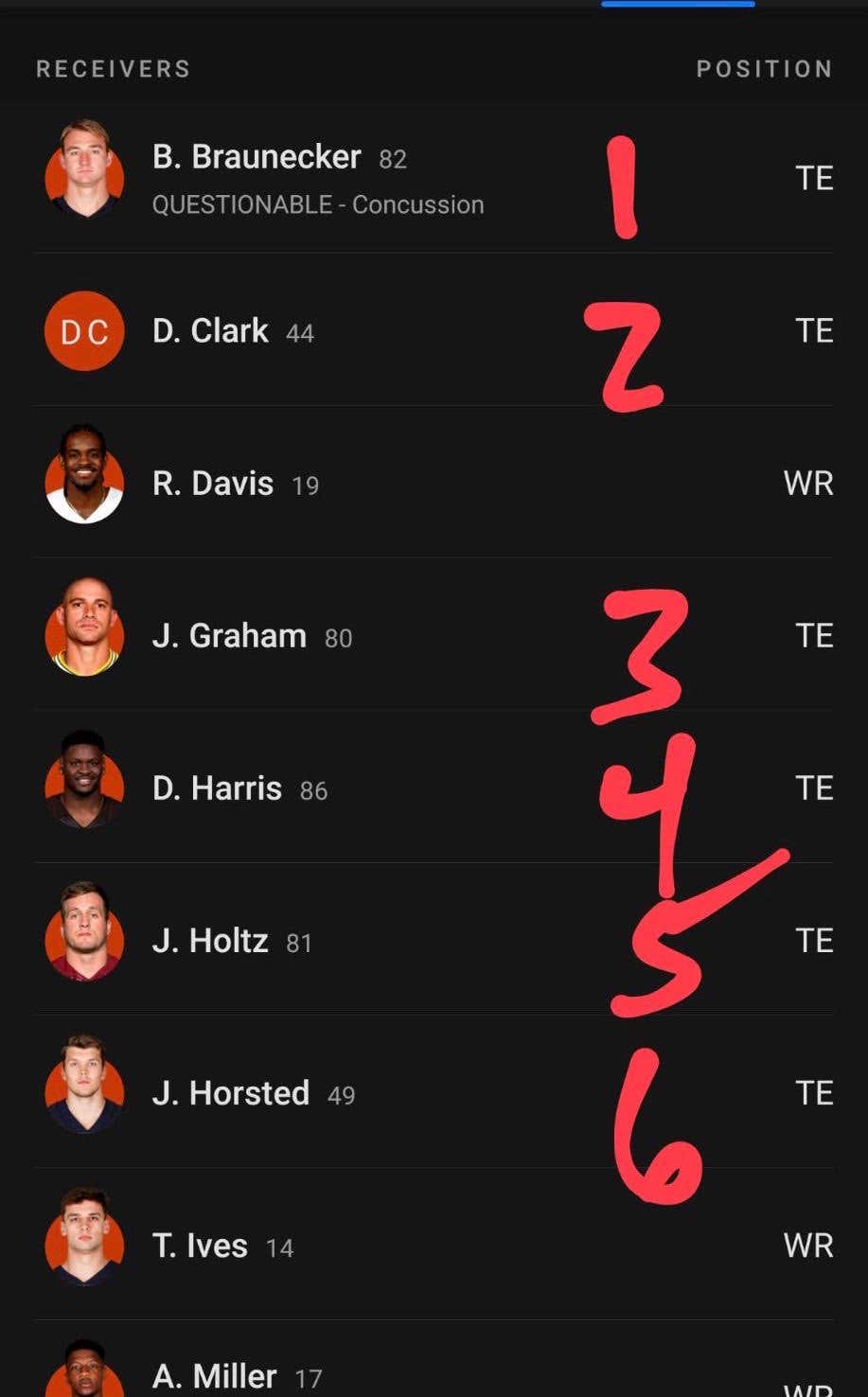 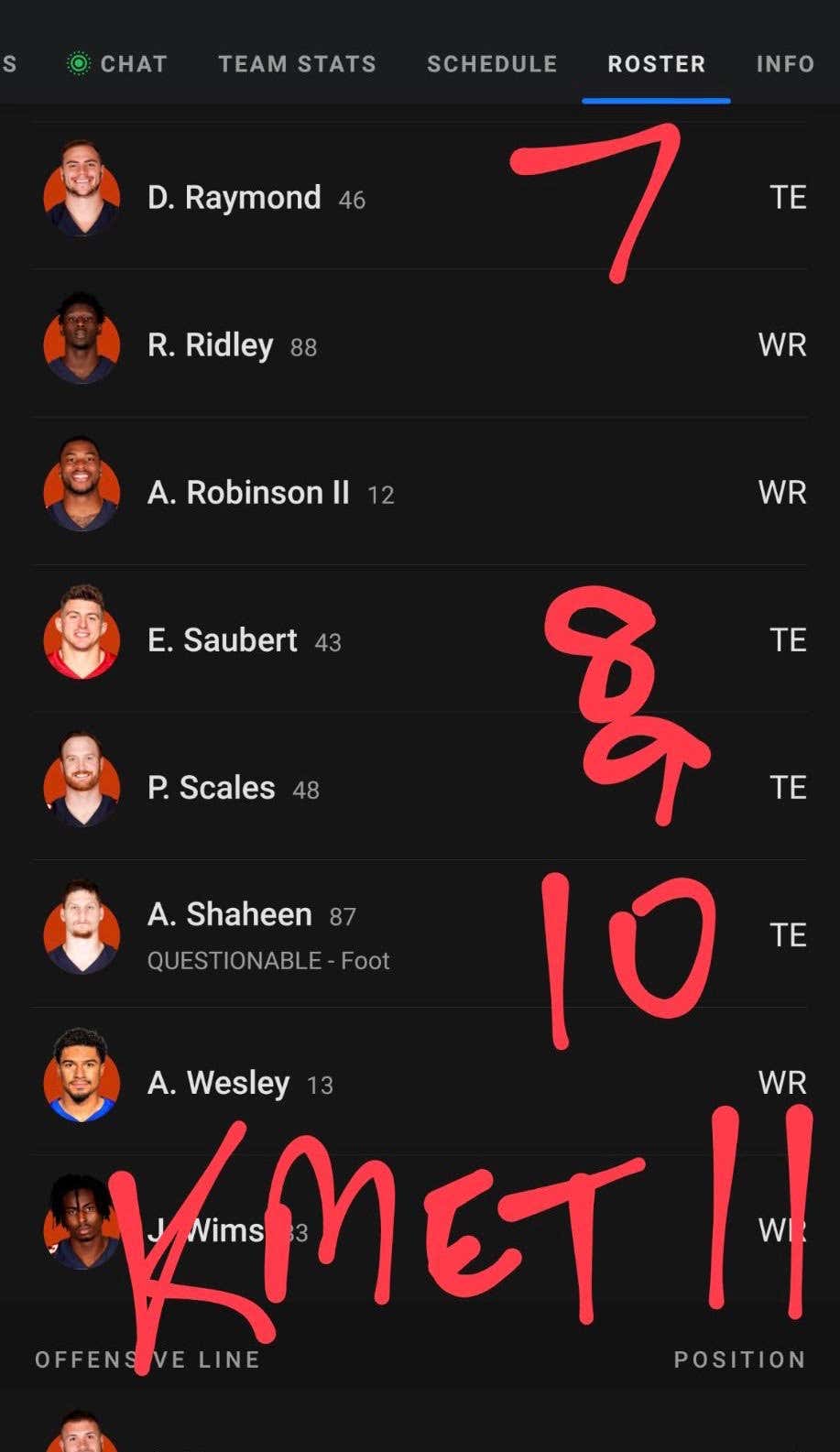 Reading this fact on a group text last night (h/t therealbigtom) I thought no chance that's accurate. Then I looked for myself and would you believe it? 11 Tight Ends.

Ryan Pace will never be mistaken for a draft guru. But even for him, this is a real head-scratcher.

Yes, I'm more than aware that more than half of these guys probably won't see training camp or make final pre-season cuts, but it still adds to the confusion of signing a has-been like Jimmy Graham a few weeks ago and spending such a high-value pick on a position they're already deep in personnel-wise.

My friend Chief spoke for lots of Bears fans yesterday when noting the Bears have a major hole at TE.

Not sure how it's possible to be weak at a position where you literally have enough guys at the position to field an entire offensive series with nothing but them split wide, on the line, and in the backfield. But the Bears find ways.

Do I personally think the Bears offensive struggles last season began with having a horrendous sieve for an offensive line? Sure do, but I'm just a music guy.

Do I personally think receiver, safety, and cb are all also major holes for the Bears and all still had mucho talent available at 43? Yup.

I'm fully aware the position has morphed into a "hybrid" position with the freak size, speed, and strength of today's tight ends. The neckrolls and Moose Johnson's have been replaced by thoroughbreds with freakish hands.

Even if Kmet was your guy, why not trade back and recoup some of the picks you've lost trading away over the past couple years? Kid wasn't going anywhere.

Pace is that guy in your fantasy league that thinks he's gonna miss the run on kickers by the next time the draft snakes around to him. So he grabs Harrison Butker in the 6th round and smiles, waiting for everybody to yell "fuck" and fall in line with Tucker, Zuerlein, etc. He can't wait to pat himself on the back and laugh at the guy who gets stuck with Eddie Piniero. (It's funny because it's ironic).

Do teams front offices have access to players fans don't have? Absolutely.

But with today's technology, over-saturation of information, and ability to watch every single play of a guy's highschool and collegiate career on film (just like front offices) fans aren't as far off as you think.

You might argue, "but Dante it's these guys' only responsibility. They get paid millions of dollars a year just to focus on evaluating talent and balancing salaries."

We all know plenty of people who get paid millions of dollars a year just to be dog shit attorneys, or sports radio personalities, or Fortune 500 CEO's. It's no different. People can suck at anything no matter the title or how much money they're paid because just as there are awful GM's judging the talent of and drafting players, there are equally, if not worse, people at their jobs, above them (owners, presidents) judging their talent and hiring them in the first place. 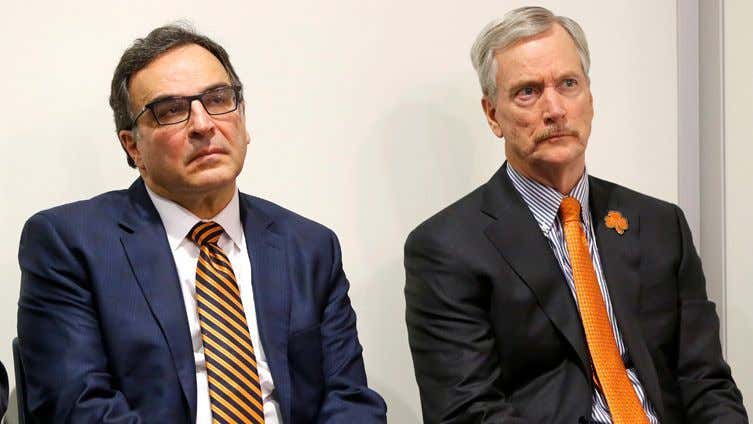 Am I saying Lenny from your Local or Jill from your office who wins your work league every year and has great yams could do Ryan Pace's job? 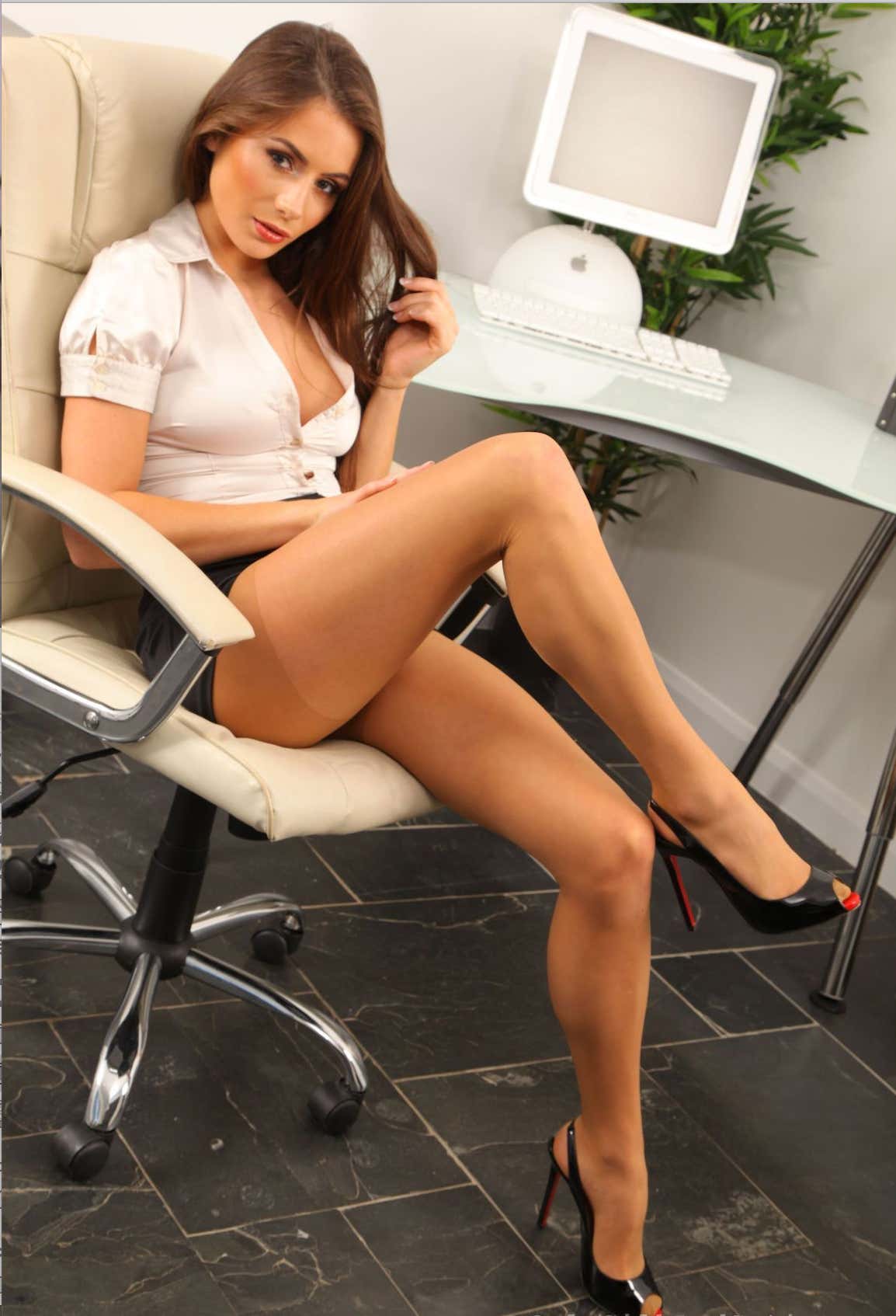 Probably not. But they'd also probably be able to look at their needs and not pick a guy who plays a position they already have 9 of and would still be on the board the next round, nevermind 7 picks later at 50. (Unless they're Matt Millen and choose to draft WR's every year). 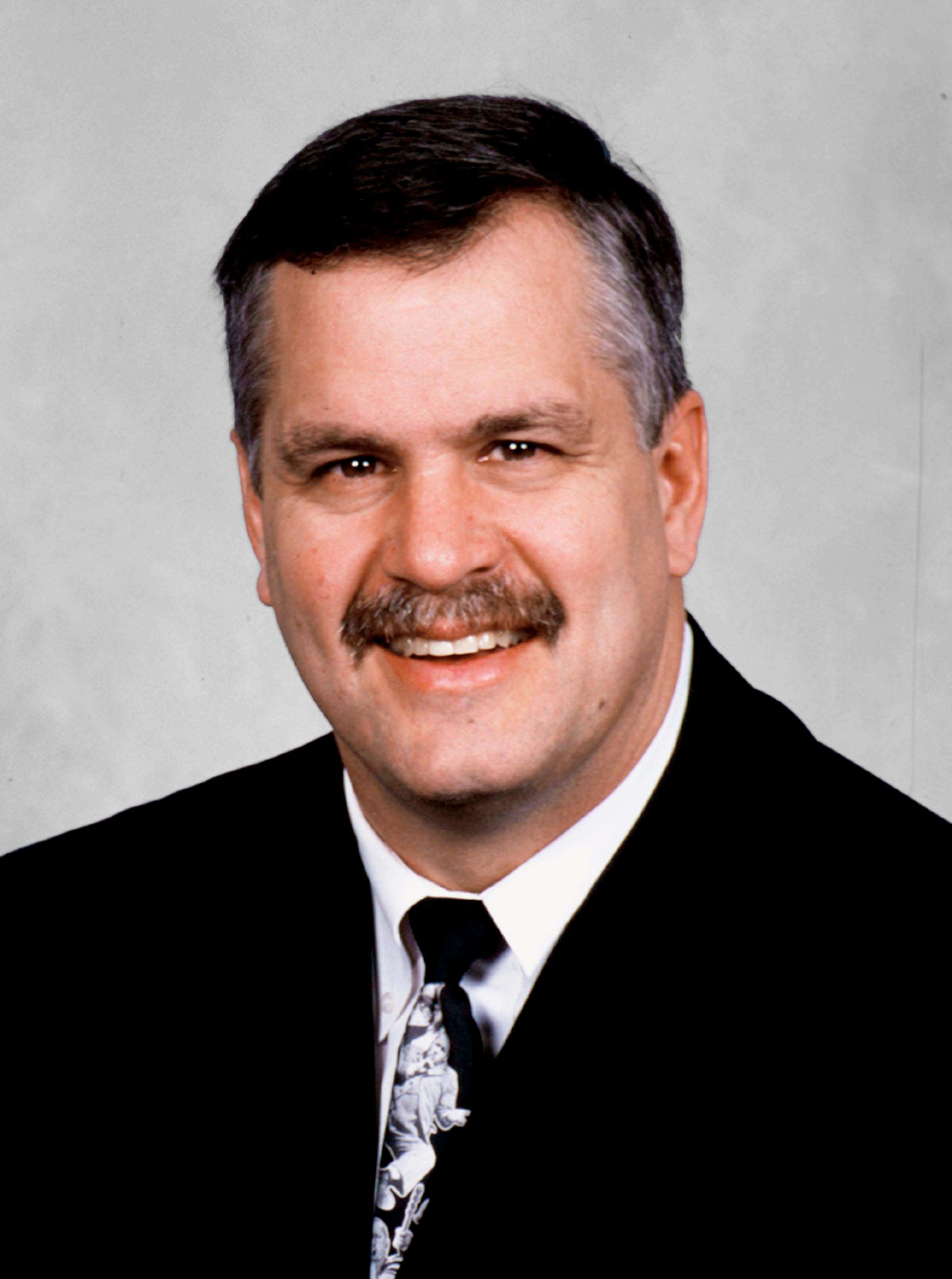 This isn't all to pile on Ryan Pace either. Guy has it rough enough calling the shots for the Bears in this town. Thankless a job as it gets. Is Pace worst than most? Yah probably. But he's not the only guy that 's terrible at his job.

I think it goes for GM's across the board.

Unlike Jerry's army of minions that drink the kool-aid and worship at the altar of Belichick, I think he sucks at drafting. He's also not so hot in the free agency game either. Winning erases A TON from public memory (Ochocinco, Albert Haynesworth, Adalius Thomas, Aaron Dobson, Chad Jackson, Laurence Maroney, Joey Galloway, Ryan Mallet, Ron Brace, Monty Beisle, J.J. Stokes, David Terrell, Michael Bennett). And it covers up really bad decisions by making them look less detrimental. You put Chad Jackson on that 2006 Cleveland Browns team instead of New England and he's gonna be infinitely worse believe it or not.

And if you wanna defend Belichick, Scott Pioli shared in the ball-washing fest of success. He was considered a genius. Kansas City threw absurd amounts of money at him and handed him the keys to the kingdom. How did that work out for them? (We've got Bob Quinn from Detroit on line 2) 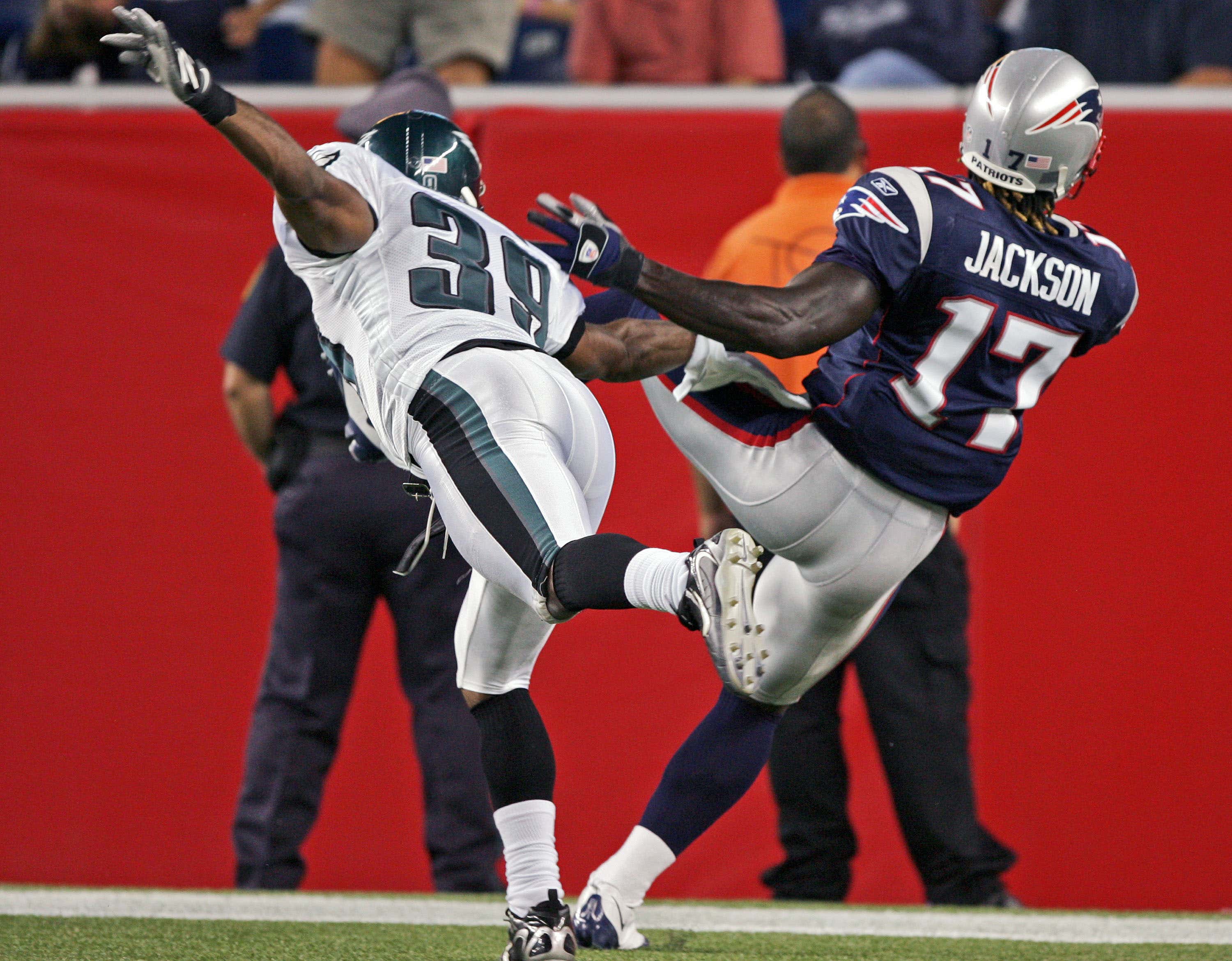 The Patriots were the oldest team (by average) on BOTH sides of the ball last season. 29.6 on offense and 29.1 on defense. Yes I know Tom Brady is 43. That doesn't explain away the fact the offense was absolutely abysmal all year after AB was cut. It doesn't help you have the most vanilla play-caller in the league, Josh McDaniel, wearing the headset but neither did having a decimated offensive line all year. There's only so much my guy Dante Scarnecchia can do with Ted Karras. Think it might have been smart to address the lack of depth at OL instead of going tight end, tight end? Or do something, anything, at QB?

Belichick will get a free pass because he can do no wrong, (besides run the two greatest players to ever play their positions out of town), and will hope winning covers his ass like always.

At the end of the day you can be the greatest judge of character and greatest evaluator of talent in the world but you still need some breaks. And luck.

There are so many variables that factor in and can make can't miss guys like Trent Richardson or Charles Rogers absolute busts- family situation, sudden access to lots of money, women, fame, drugs, responsibility, not being 18 and in college anymore, location, location, location. Tons of shit out of a GM's control.

If Archie Manning doesn't wield the power that he does and isn't able to orchestrate a forced trade for son Eli from San Diego to New York does Eli turn into the incredibly average careered QB that inexplicably stole two Super Bowls from the Patriots? Probably not. You're talking about the same organization that found a way to fuck up Drew Brees. (What an amazing what-if by the way. If Eli stays in San Diego does he still the job from Brees instead of Rivers sitting and backing Brees up? Does his arm not almost fall off? Does Miami not pass on Brees for Daunte Culpepper and setup the greatest divisional QB rivalry of all-time (MIA- Brees vs. NE - Brady)? Man oh man).

We've gotten off track a bit but you get the point. GM's are human and I refuse to give them undeserved credit anymore.

Could Mike Francesca do a better job running the Giants than Dave Gettleman? Yah, I honestly believe so. Is anybody in life worse at their job than Bruce Allen? No, I honestly don't think so.