Spare me that Jim Boeheim played at Syracuse with Dave Bing. You know who else could have done that? Anyone that was an 19-year old with two working legs in 1964. This is the saddest 1-on-1 game I've ever watched and I once watched one that included this move: 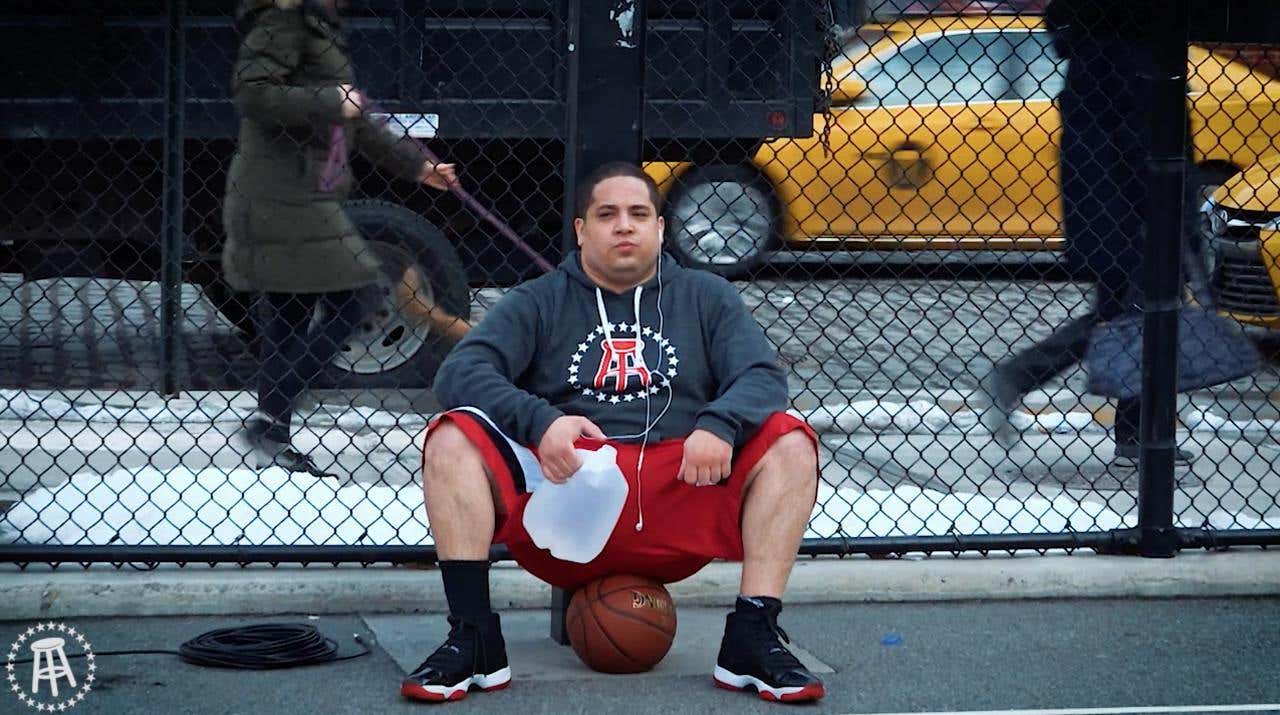 That said, it's not shocking AT ALL that Dickie V went with the dad playing a 12-year old son backdown move. That's old man basketball and no one loves old man basketball like Dickie V. The difference is this move stops working when you're a dad roughly around this age. This is when the son realizes he is about as tall as his dad and now has some balls. Dad resorts to throwing an elbow or two to create space. Shocked we didn't see a chicken wing here out of Dick.

I have never wanted to play two guys 2v2 more after watching this. They are clearly boys. I will get one of my friends and challenge these two old bags of bones right this second. Find a time machine and I'll take on 1991 versions of them too. You know who isn't impressed besides me? This guy 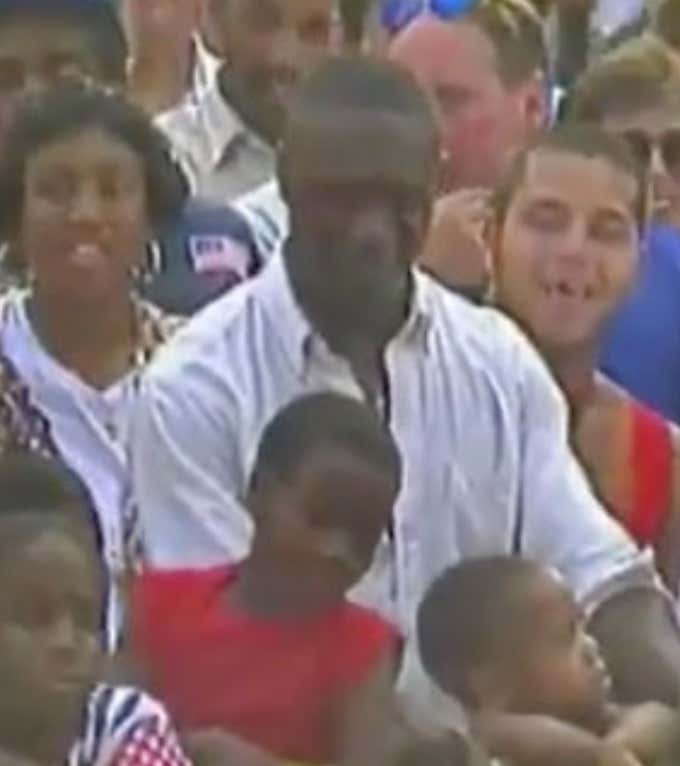 Howeah, Syracuse needs to bring back those jerseys that Boeheim is wearing here. Those are actually fire and way, way better than what they have now.