When one door closes, another one opens.

Earlier today, due to an unfortunate circumstance (28 wrong picks), Barstool's Senior Draft Analyst Steven Cheah was demoted by the powers that be to a junior analyst position. The metaphorical "door" was closed on him. Honestly, it was more like slammed. Right in his face. But—sure enough—quickly thereafter another one opened. And that door was for me, Caleb Pressley, as I was asked by the powers that be to become the new Barstool Sports Senior Draft Analyst. It was a once in a lifetime opportunity, and I humbly accepted. 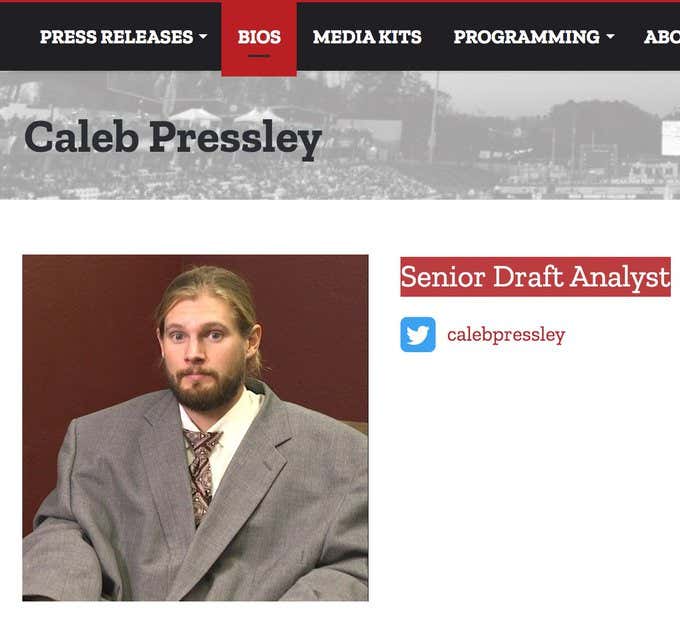 Unfortunately, not everyone handled the transition well—especially the recently demoted Steven Cheah. It pains me to say it, but he let his emotions get the best of him and wrote a mean-spirited blog about his new boss (me).

For this reason, my first action as the new Senior Draft Analyst here at Barstool is mandating that all Steven Cheah blogs related to the subject of the "NFL" or "NFL Draft" be sent to me, his supervisor, for prior approval before publishing.

I do not hand out mandates like this lightly, but in order to avoid confusing our loyal audience with incorrect information (i.e. wrong picks), I believe it is in everyone's best interest that I see what Steven is writing prior to it being published.

To be clear, he can still write unrelated blogs. My only authority over him is in categories related the "NFL" and/or "NFL Draft," and I will not be reaching outside of my domain. But, from this point on, anything related to the just mentioned topics will need to be sent to me first.

This decision has been discussed and approved by the powers that be.