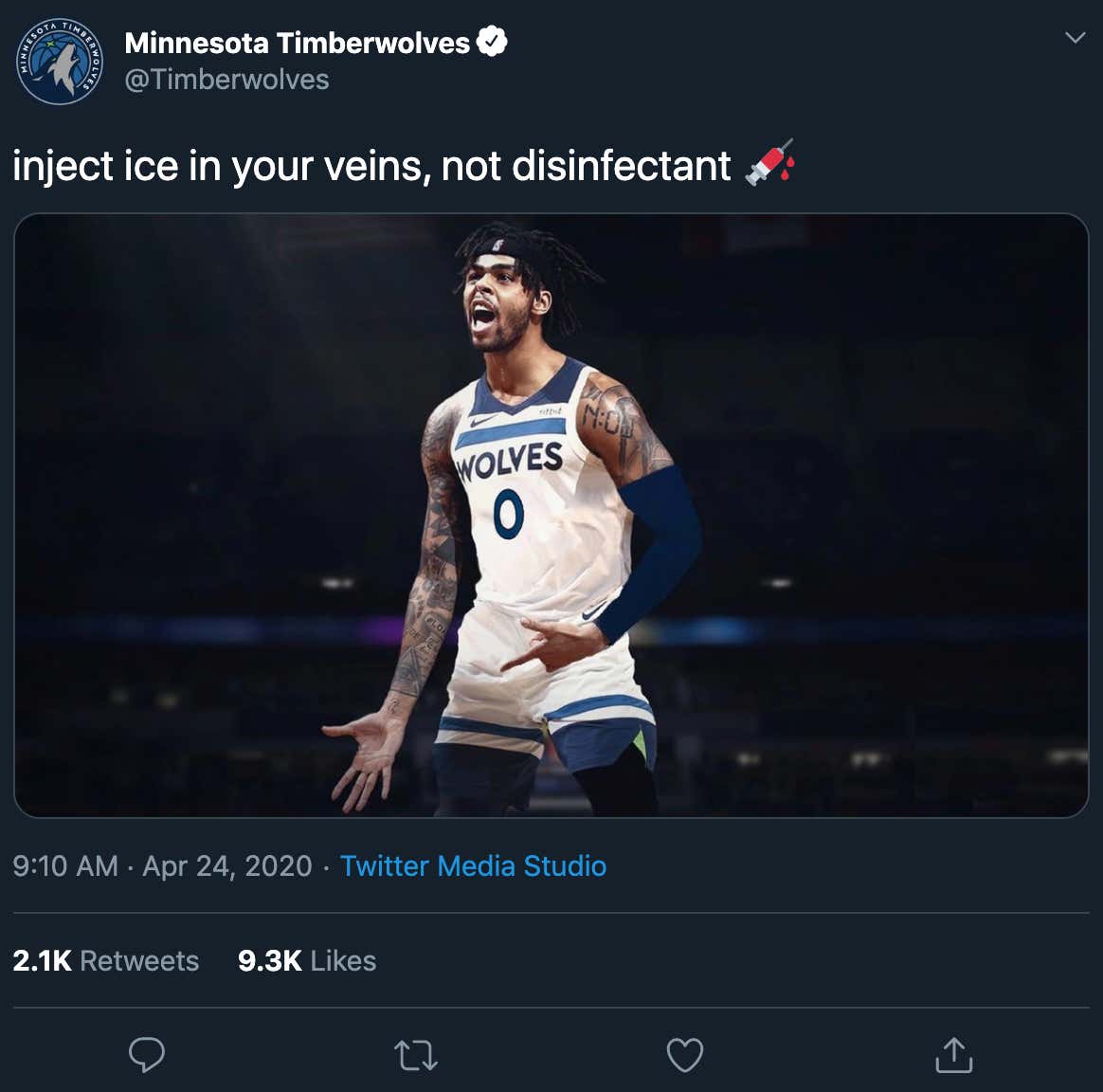 I'm not going to get political because there are few things in the world I care about less than politics, but what a tweet by the Timberwolves here. Take one look at the responses and there are some triggered folks out there. You could argue this is their biggest win since they made the playoffs a few seasons ago after that 15 year drought. Now I will say it's not exactly the best look to be joking about the coronavirus as the Timberwolves account given what happened with KAT's mom, but my guess is someone had to reach out to him and get his OK before sending this out. If they didn't, well that social media person is probably on the hot seat. I would care way more about that than upsetting Trump supporters on Twitter. If he gave them his blessing then this is a great tweet, if not then it's a big time yikes.

There's also the whole "ice" aspect of it. I get what they're saying, but that could also be taken a certain way that I don't think the Timberwolves intended for. I'll say it for them, don't do crystal meth. Not even once. Sometimes when team accounts try and get cute it doesn't always work out. How could we forget the famous Rockets tweet while playing the Mavs a few years ago 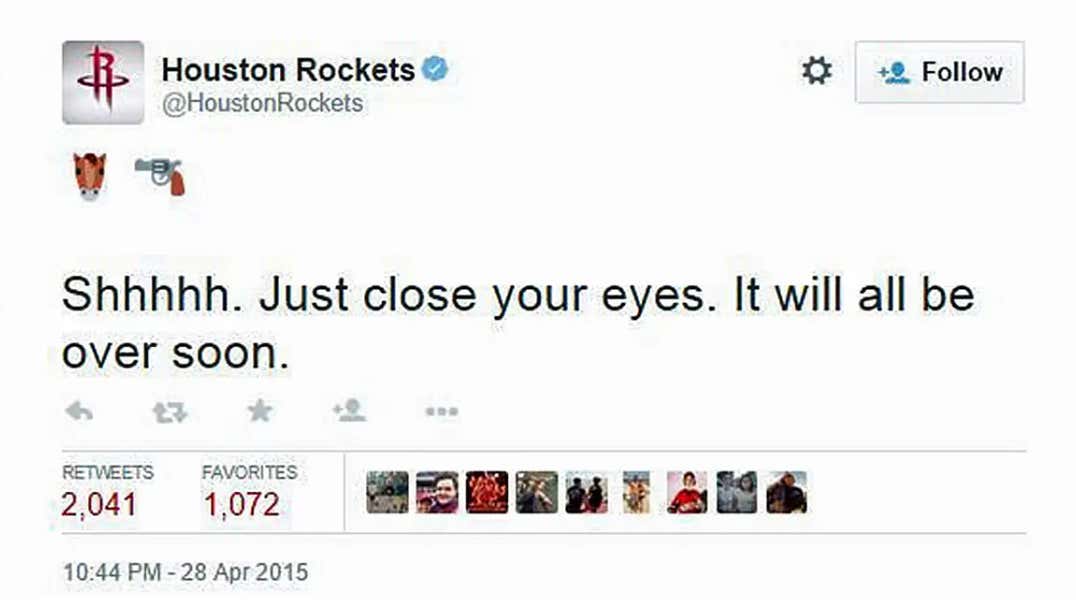 it can certainly be hit or miss when you're in the social media game. But if the goal is to get engagement, well that's certainly what the Wolves were able to accomplish here. I just really hope they got KAT's blessing first.

Now, for those who are confused about where this comes from or why it's associated with DLo, here ya go