Last night for our #EnEffElDraft stream, I didn't do a good job with my setup:

Now I can explain...Originally I was going to sit on the couch you see in the photo, but when we hopped on an internal call an hour before the show and my background was white curtains with daylight shining through, I was ridiculed. "That's your background?!" our terrific host Brandon Walker said. I'll admit, it looked horrible visually. Sundown was scheduled for 15 minutes before air, but it would be a risky play to stay there and battle the sun (the fucking sun?!). Additionally, I had a TV monitor acting as a second screen with a healthy excel sheet full of stats and facts about prospects so I needed that in my purview along with a view of the TV. Unfortunately, near the couch in my house, there are only two pronged outlets. It worked for my computer charger, but the monitor required a three pronger. So that moved me to the other side of the room where we had a three pronged outlet.

I was also dealing with the fact that despite pounding out thousand of pushups per week, on video conference calls this past week, I didn't look very good with a computer on my lap tilted up towards my face, so I needed to be low to the ground. On one of our test runs for the show, Brandon Walker mercilessly teased All Business Pete for his computer angle making him look like he had multiple chins despite Pete saying he's only gained about 3 lbs. since quarantine began. Putting myself at risk for fat shaming by a guy who hasn't eaten a vegetable since Tony Sporano busted out the Wildcat in Miami wasn't a risk I was willing to take.

We have a Little Tikes table that my kid uses to draw and it was easy enough to pick up and move, so I thought that could work. I also know he has a portable stool/chair that is also low to the ground, so my thinking was it would provide a good angle for me, look better for the Draftniks and Stoolies tuning in, AND allow me to put up a background of a Bucs flag, which I wouldn't have been able to do by the couch. Seemed like your classic win/win/win Michael Scott talked about and I was set up and ready to go! 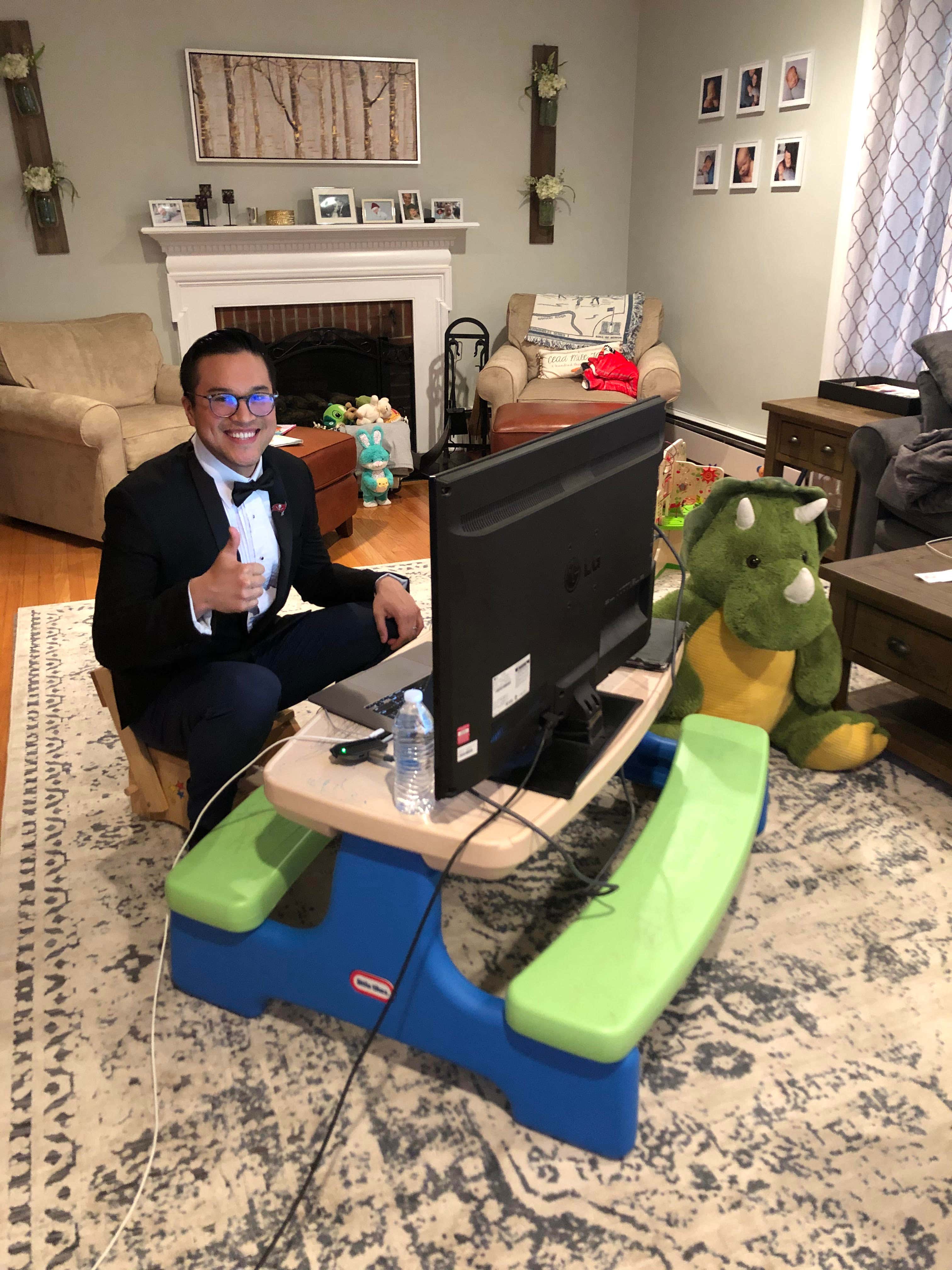 Major oversight by me as I didn't factor in the long-term discomfort I'd get from sitting on a chair without padding for about five hours.

After a lovely night sleep dreaming out hulking Iowa Offensive Tackle/current Going Deep guest Tristan Wirfs getting out in space on a screen pass and destroying Defensive Backs, I'm still very sore in both my upper and lower back. But it was all worth it as the backdrop looked good and the #EnEffElDraft was a success by all measures. Thank you to all the watched the show and enjoy the rest of Draft Weekend. I can assure you I will, from the comfort of a real couch.