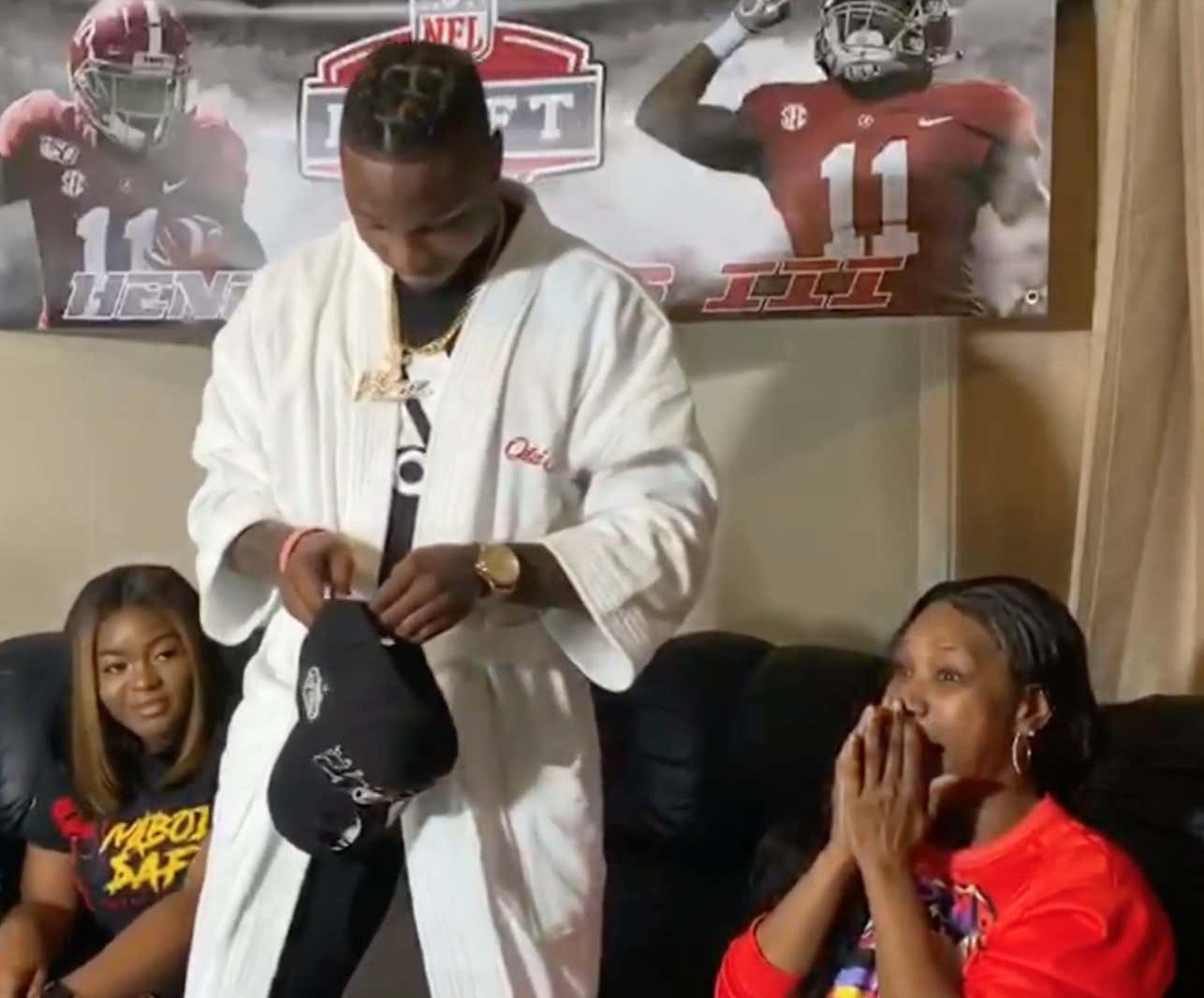 This is the best pick of the draft. The Las Vegas Raiders, taking a 4.27 running WR, who got drafted while wearing a robe, means the Raiders are BACK and better than ever.

This is so awesome. I love teams that have identities. The Raiders old identity under Al Davis (RIP) was to sort the draft by 40 time and work their way down. I was worried they were going to get away from what works...and then they took Ruggs. It's perfect.

The Las Vegas Raiders, if nothing, are going to be a ton of fun to watch. Gruden, that new stadium, Ruggs, and who knows what else they have in store. Just look at the Golden Knights- teams in Vegas just have that "we are Vegas" advantage and I don't expect the Raiders to be any different. Just get some hard hitting safety who is often out of position but will go helmet to helmet on a moment's notice and we are COOKING.