A look at Schefty walking into his disciplinary Zoom meeting tomorrow morning:

What, you thought the NFL #insiders were going to sit out the biggest night in sports for maybe the rest of the year because of a couple of empty promises and pinky swears? Fuck no. They were just going to find away to get around this little peace treaty by wording tweets the right way. Technically nothing in Schefter's tweet says the Bengals are going to draft Joe Burrow. But anyone with a functioning brain (including Mike Brown apparently for making this pick) can read between the lines knows that Burrow is now a Bengal. When asked for comment why he spoiled the pick everyone already knew was coming, Schefter responded:

Not to be left out, NFL Network Insider and former/current/never Barstool employee Ian Rapoport pretty much just reported Chase Young to the Redskins, unless they are getting fucking CRAZY and drafting Tua I suppose.

Not sure if Schefter will reply with the third pick or Jay Glazer comes over the top and promises to announce the rest of the first round on his show at 11 PM ET or if we have a battle of spoiler but not spoiler Wojisms between two heavyweights of the industry. 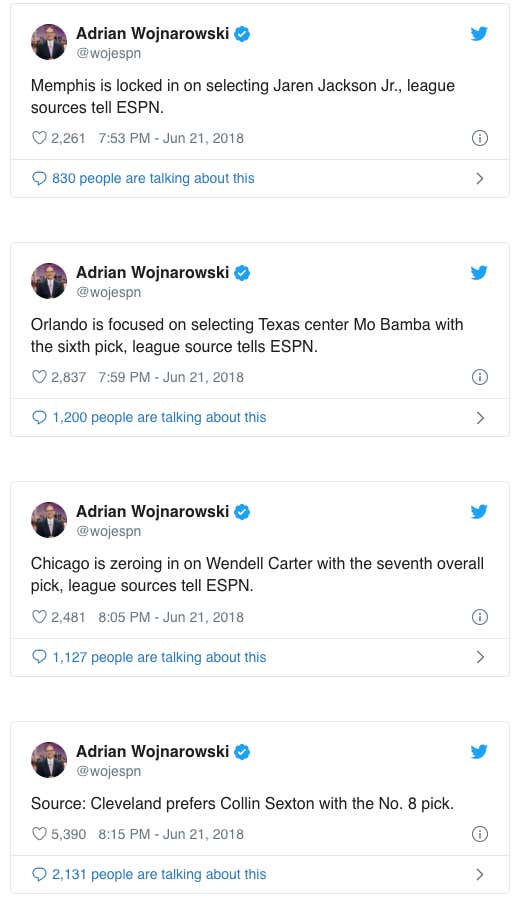 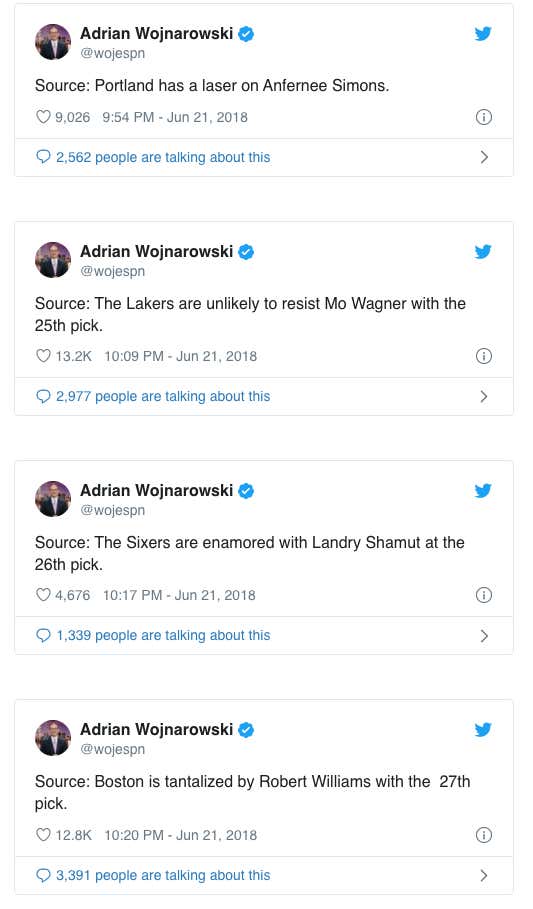 But I would really appreciate if everyone could shut the fuck up now because this is the only sports moment we have for a while.

I think the only safe space tonight is watching the #EnEffElDraft on all Barstool platforms featuring your favorite Barstool idiots and perhaps some special guests. 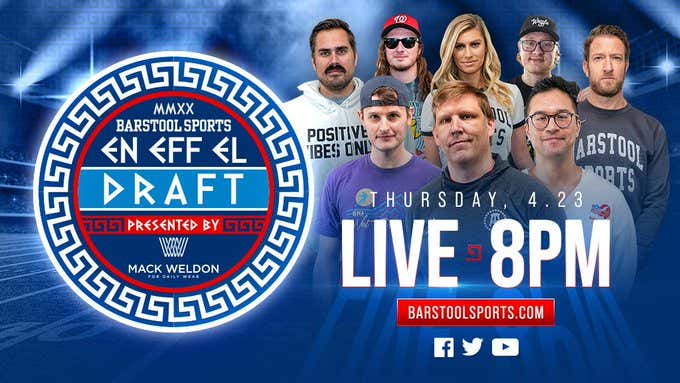