Today, Illinois Governor JB Pritzker made a HUGE decision to extend stay at home orders through May 30th this afternoon. Here is his entire thread:

Obviously, this decision was met with both a ton of vitriol and a ton of praise. In the blue corner, you have people calling this a totalitarian move, and in the red corner you have people saying it's going to save lives and thanking Governor Pritzker for making this move.  I am not going to opine on whether or not I agree with the decision, that's not my job, my job is to share landmark decisions in the news such as this, as it's a very big deal that's going to affect millions of people.

With that said, I think we can all agree on two things:

1. Governor Pritzker had an incredibly difficult decision to make, as he wants to both limit the amount of deaths possible and get as many people back to work as possible. The issue is you can't have both right now.

2. Governor Pritzker provided a ton of info on how he came to his decision. Was it the right decision? Again, I don't think there's a "right" answer here. Nevertheless, he at least did his homework in conjunction with experts and made a decision that he felt was best for the state of Illinois*. I truly believe he did that here, whether personally I agree with his decision or not. 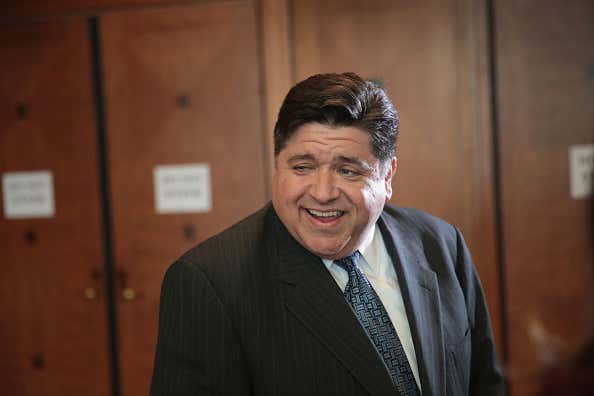 And now we play the waiting game, again. This stay at home order will effectively knock out 2 whole months of our lives, which obviously sucks, but hopefully all we have to do is tough out May and get back to living normal lives. If you told me right now that I have to stay at home, booze my face off alone and slide into random girls DMs for one month and one month more only, I would take that 100x out of 100 right now.

Here are the modified rules (?)

*I have an innate hatred for 99.99% of politicians thanks to our current political climate, so if anyone told me this was a political move and had data or facts to back that how/why, I wouldn't be surprised there either.