The chart below looks like a bomb diffuser's worst nightmare. How do you even start to make sense of the colored lines? Below is the win percentage of every major 4 franchise this decade. The Patriots have been so consistent that no one even comes close to even sniffing their lead.

The Patriots' average yearly rank among all NFL / NHL / MLB / NBA franchises is 4.1

No other franchise among NFL / NHL / MLB / NBA has an average finish higher than 21.1 (Pittsburgh Penguins)

Tonight we will find out what direction the Patriots will go in with the absence of their franchise QB. Belichick was coach AND General Manager of the Browns from '92-'95 and this is what his drafts looked like ... 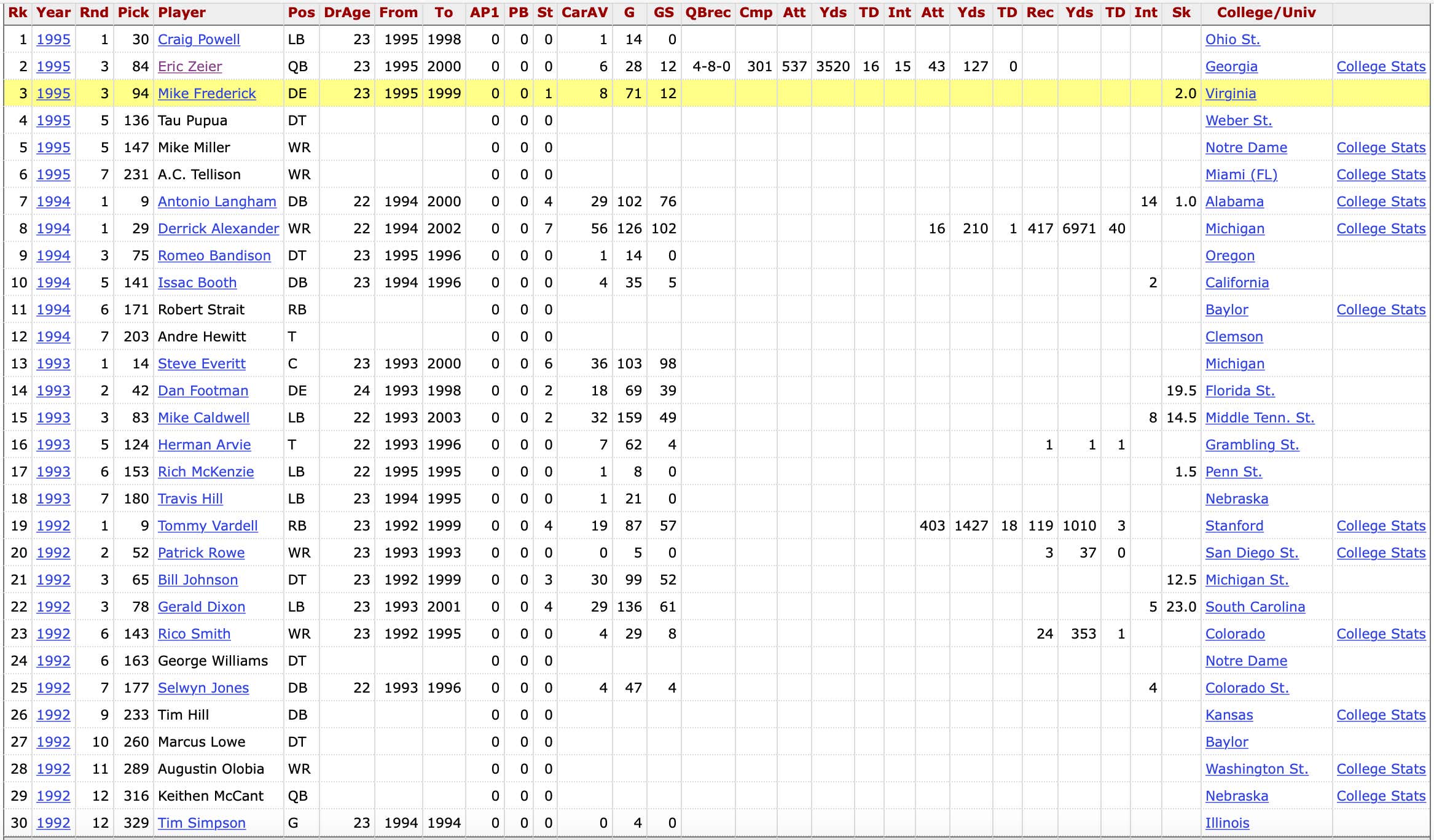 Belichick's drafts have far improved since the Browns, but the quarterbacks he's taken other than Brady? Questionable.

Belichick is undoubtedly one of the best evaluators of talent, but he has not been able to get the job done without a franchise QB to erase deficiencies and mistakes. Who could?

Matt Cassel stepped in for Brady in '08, but it took having one of the best offenses of all time featuring Randy Moss to make up for Cassel.

In a league that is built for parity, Trader Bill has made more with little than any GM in this era. What will he do tonight with the 23rd pick? Does he trust Stidham with the keys to the offense? Will they draft the next franchise QB? Tonight is the beginning of a new chapter in New England.