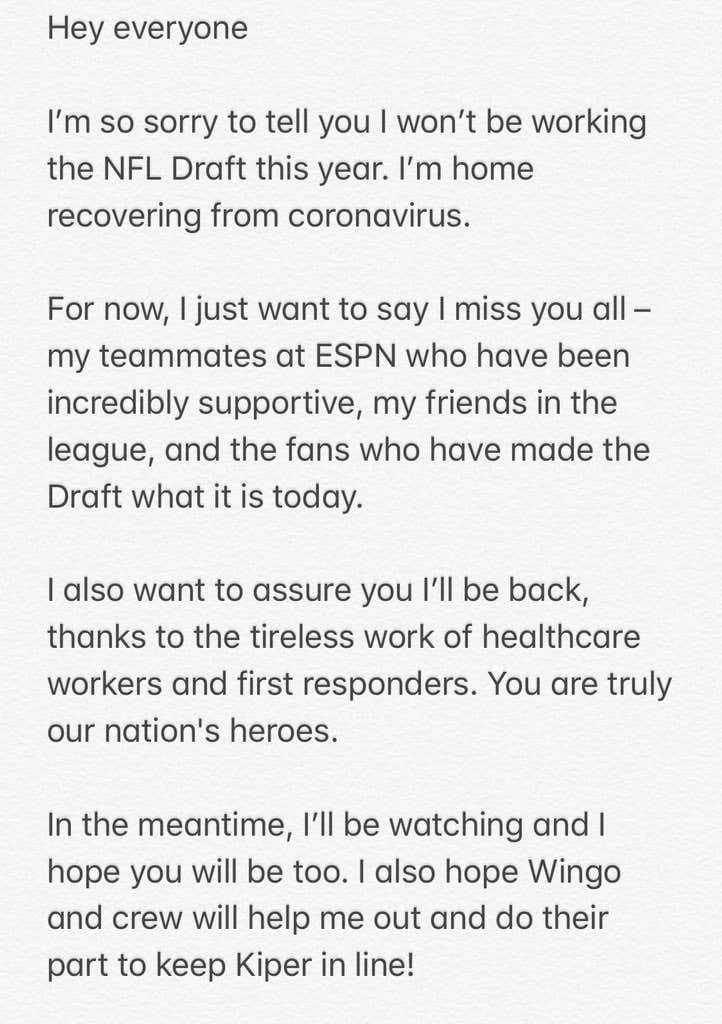 Okay coronavirus, we tap out. First you took away the Vegas draft, then you turned every GM into a loser blogger working in their basement, and now you rob us of Todd McShay battling with Mel Kiper during the one fresh sports moment in the calendar. I'm starting to reeeeeally dislike this covid fella.

Obviously all the well wishes to Todd, who has been a Barstool guy before Barstool was even a twinkle in Portnoy's eye since they grew up together 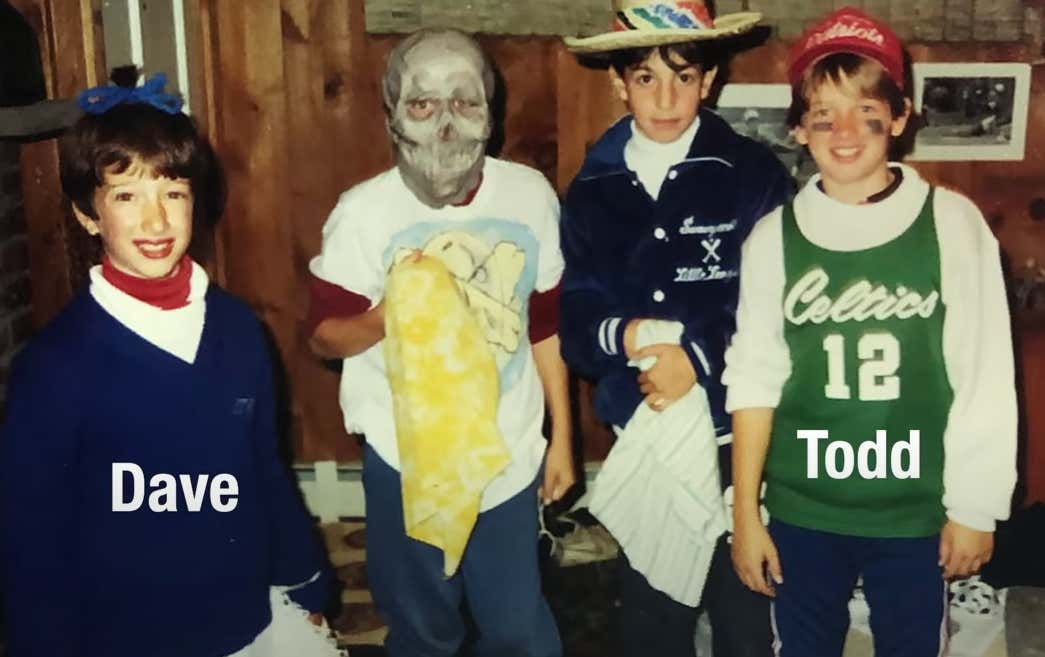 Todd's presence at the first Barstool Combine definitely made Barstool feel bigger than it probably was and is still is hilarious until this day.

McShay's line "The best ability is availability, KFC showed up" after KFC flopped around the combine like a fish out of water will live in Barstool infamy. It sucks Todd won't be available this weekend, which I imagine has Mel Kiper Jr. salivating like he's at an All You Can Eat Pumpkin Pie Buffet. If all Kiper all the time isn't for you, then tune into our #EnEffElDraft instead. I guarantee Todd will be.

P.S. If the three Barstool employees in this picture entered a Barstool Lookalike contest today, none of them would win. 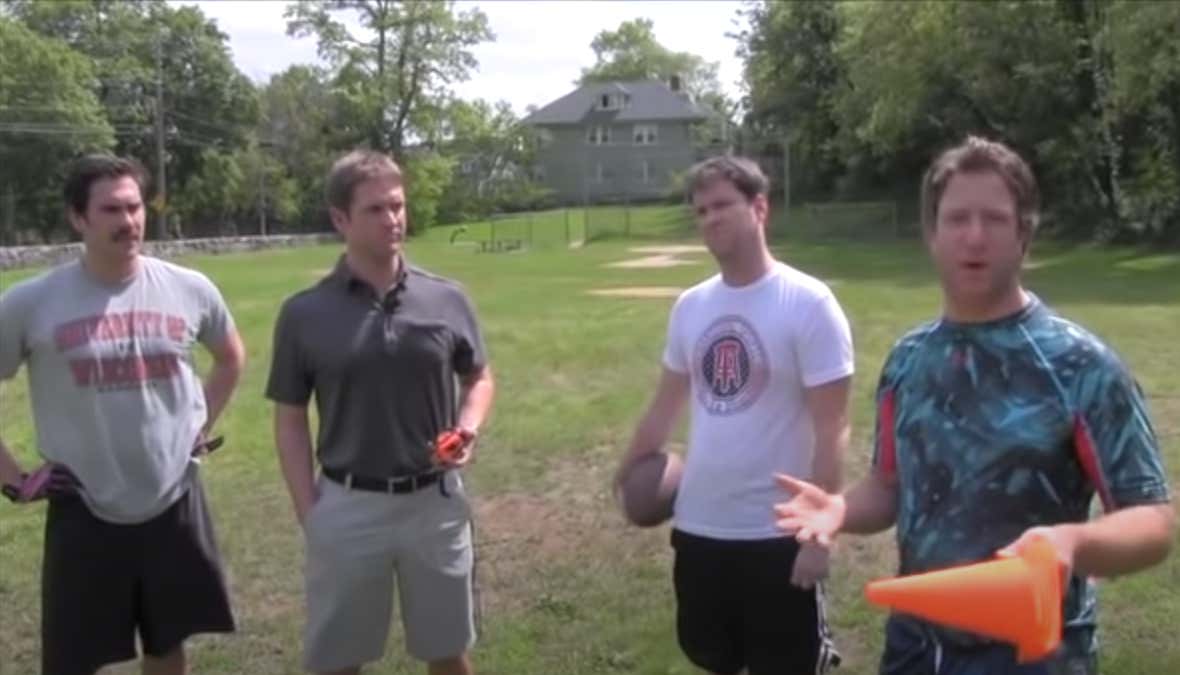