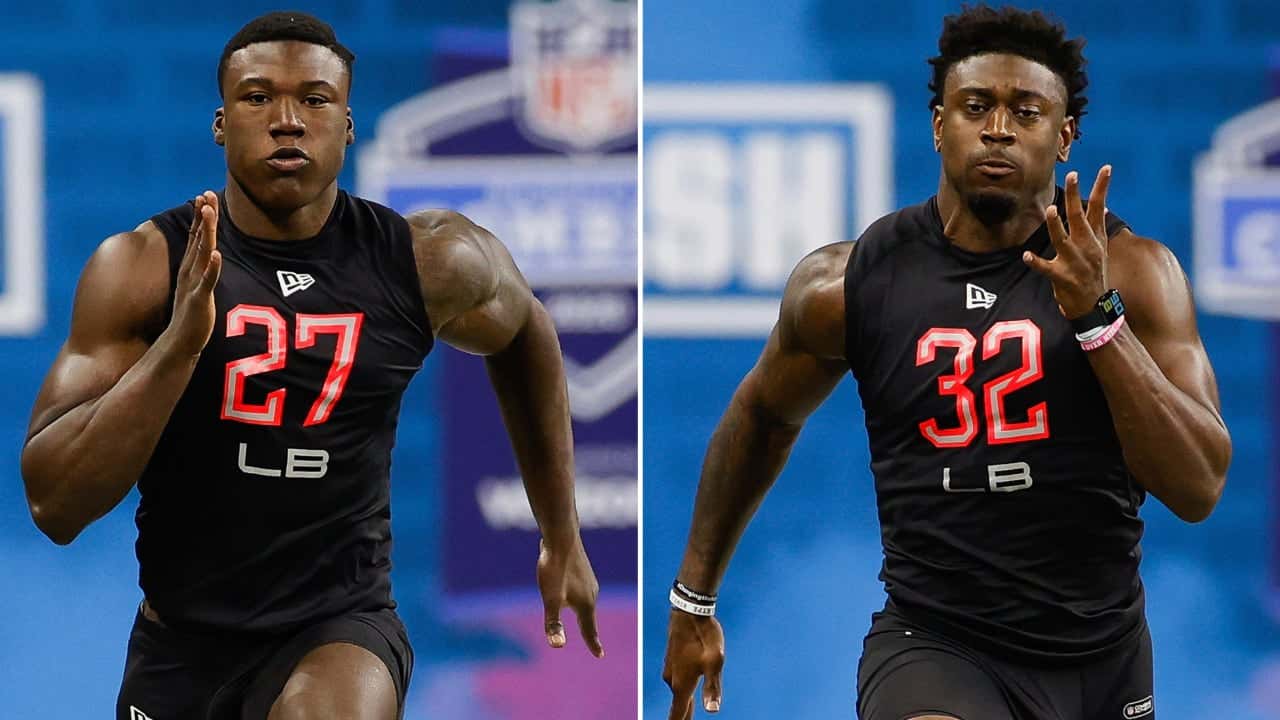 Big night for Eric DeCosta here. He's built arguably the most talented young roster in the league, and he has the opportunity to add to his riches this weekend. First up? The 28th overall pick. Or maybe not. The Ravens have traded back the last two years. Surprisingly, Ian Rapoport is suggesting the Ravens just might trade up, something they haven't done since 2009.

I'm not in love with the idea of moving up for a receiver, as I explained in my preview blog this morning. It's just not in line with what we do on offense. It would be a nice luxury to have, but I just think there are better ways to invest the pick and we can still get a physical receiver that fits what we want to do on Day 2.

So who might the Ravens take elsewhere? The two names most hotly debated among fans is between Kenneth Murray and Patrick Queen. The inside linebacker position is one of two starting spots that I would say are high priority this year. We had a roller coaster of mixed success at the position last year plugging in guys like Peanut, Fort, and Bynes after CJ Mosley walked. But those guys were ultimately exposed by a physical Tennessee team in January. We gotta get a guy to man the middle of the field.

Murray is known as a high character guy who profiles as a bit more of run-stopping backer. He moves well sideline to sideline and can make plays in the backfield. But he also lacks ability in man-to-man coverage and can struggle with shedding blockers. His leadership skills and football IQ are what makes him a likely first round pick.

Queen is a bit smaller (6'0, 229 lbs vs. Murray's 6'2, 241) and possesses a bit more speed. He's versatile, which leads me to believe he's more so the type of guy that Eric DeCosta would want to give Wink Martindale to play with. He can blitz, he can drop into coverage, he can fire into run gaps... he's the complete package. The only knock is really his size. I believe he's the better of the two backers, with Murray's leadership ability the only thing that makes it particularly close.

The other area that needs to be addressed is the interior OL. There's really only one guy in that 28th pick range that likely fits the bill, and that man is Cesar Ruiz. He started at center at Michigan the past two years and started a few games at right guard his freshman year as well. He's surprisingly nimble at 6'3, 307 lbs, and loves to get downhill on guys. That's what this offense is all about. When you earn a starting job in the Big Ten as a freshman, you know you're a natural born run blocker. Exactly what you're looking for when replacing a guy like Marshal Yanda.

Obviously the possibilities are endless tonight. Plenty of other names have been linked to the Ravens. Zach Baun and Yetur Gross-Matos are EDGE rushers that will likely be available at 28. May even be worth trading back to get one of those guys. And maybe the team is focused on a receiver after all. Anything cna happen. That's the beauty of draft night. Whenever we make our pick, I'll be there to dish my take on the #EnEffElDraft Stream at Barstool Sports Dot Com.

All I know is. In Eric We Trust.