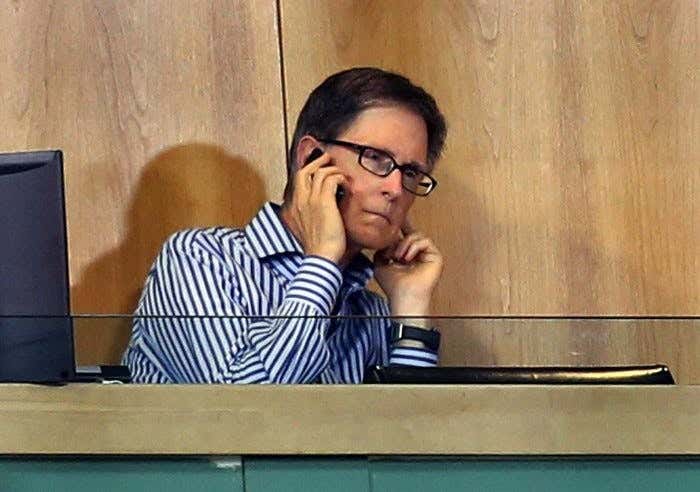 Boston Globe - When Major League Baseball launched its investigation in mid-January into whether the 2018 Red Sox benefited from illegal sign stealing, team owners asked that fans and onlookers reserve judgment  until the league completed its investigation.

With Wednesday’s release of MLB’s findings, Red Sox principal owner (and Globe owner) John Henry said that he supported the league’s conclusion that rules violations occurred during the 2018 season. He likewise accepted the league’s punishment of the loss of a 2020 second-round draft pick and the suspension for the 2020 season of video replay coordinator J.T. Watkins.

“I believe MLB went above and beyond in order to ascertain facts that led to their conclusion and I support the findings,” Henry wrote in an email. ...

“What I regret most about all of this beyond the toll it took on our organization is the position it put our fans in — having for months to wonder if the 2018 championship could actually be the result of unfair play,” Henry wrote. “It’s clear from the report that these isolated occurrences in 2018 happened during the regular season. .... But I’ll let others do the math.”

Despite the report’s finding of wrongdoing by the Red Sox, Henry expressed his hope that the organization’s reputation would not be tainted.

“Our organization places a strong emphasis on integrity. I believe our players play with a love of the game, in fact have a great deal of integrity and display a fierce determination not just to win on the field but to represent our community incredibly well in so many ways,” said Henry.

Let's put all our elected officials on notice. This is the sort of leadership we expect from them in a time of crisis. When things look bad, when the public's faith is being shaken and everything is being called into question, this is how you should handle it. The way you re-instill people's shaken confidence is you stand up straight, fix your tie, march right up to your laptop and send an email to one of your employees, with no follow up questions. "Strong emphasis on integrity" are not just words to Red Sox principal owner (and Globe owner) John Henry, they're a way of life.

And you do have to feel for the guy. Here he was back in 2018, hiring the bench coach who orchestrated the Astros sign stealing operation, from the cameras to the trash can lids, and rode it all the way to a championship. So Alex Cora shows up, has a change of heart, and stops using any kind of sign stealing whatsoever because he didn't believe in it anymore. Only to have this JT Watkins character do it behind everyone's back without their consent, knowledge or involvement of any kind. And by sheer coincidence, the Sox win 108 games and, just like Cora's Astros, win the World Series too. That's a tough break.

So sure, we can do the math. It was one rogue employee. Think Tim Donaghy in the NBA. Sort of like him. An overzealous guy, lone wolfing it in secret. During isolated occurrences during the regular season only, and then stopping altogether in the playoffs. But everyone else. While literally every other single person around JT Watkins is all about living that love of the game, integrity, fierce determination, representing the community life. Because winning any other way, while lucrative and fun, would be wrong. Got it.

To John Henry, don't worry. This does not mean your organization is in any way tainted after all this. We decided a long time ago your ownership is taint.