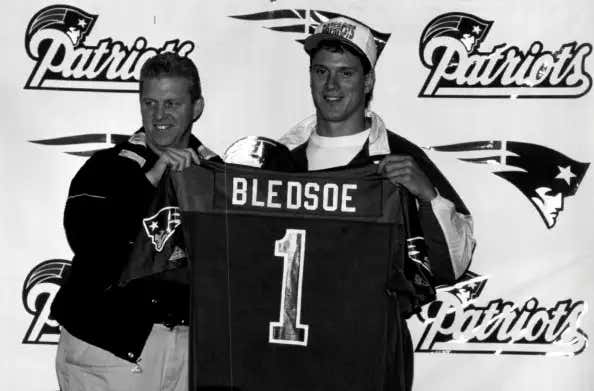 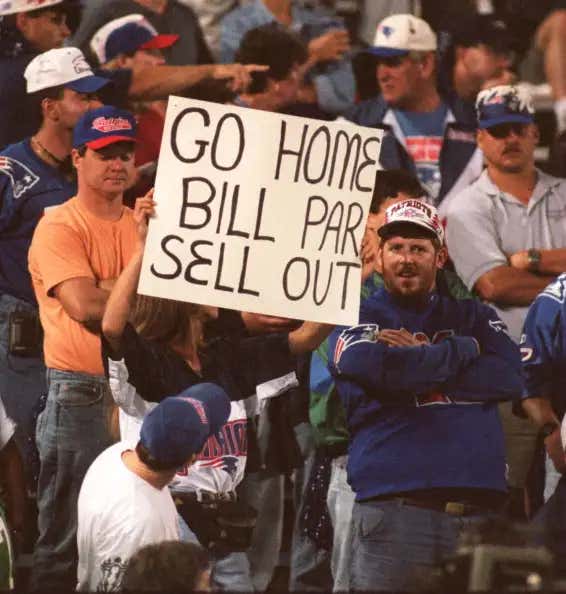 Patriots.com - Three former Patriots have been selected as finalists for this year's induction into the Patriots Hall of Fame presented by Raytheon. This year's finalists (listed in alphabetical order) are head coach Bill Parcells, defensive lineman Richard Seymour and linebacker Mike Vrabel.

Yesterday I was lost in the weeds of doing a Patriots draft preview followed by the Enola Gay dropping the "Little Boy" of the Gronk trade on us, which is why I never got to the fact that in-between, the Pats announced the most impressive and noteworthy team Hall of Fame class they've ever had. I guess that with a five-year waiting period for eligibility, we have the fact that the biggest name to retire from the 2015 Patriots was Steven Jackson and his 2.4 YPC to thank for this moment.

With Richard Seymour, Mike Vrabel and Bill Parcells appearing on the ballot now 13 times between them, I've obviously written about them before. And like I said then, Richard Seymour is my landslide, mortal lock, no contest, unanimous, motion-carried-on-a-voice-vote winner, by acclimation. It's the no-brainiest of no brainers.

Consider this: Seymour is on the NFL's All Decade Team for the 2000s. Not only should that make him automatic for the team Hall, it should put him in Canton. Yet inexplicably, he's the only eligible defensive player on the All 2000s team to not get in yet. And the others, Charles Woodson (Class of 2021) and Dwight Freeney (2023) might as well start posing for the sculptor now. In fact, the only two offensive members of the team who haven't been inducted yet are Lorenzo Neal, because he's a fullback, and Tom Brady, for obvious reasons. When you were the best defensive tackle in the league for 10 years, whether you belong in any Hall of Fame is not even a conversation starter.

But I'm here to talk about Bill Parcells' candidacy. Or to repeat what I've said before. Let's get one thing straight. I loved Parcells when he was here. Loved him. I was all in on Tuna. By 1993, this franchise was so downtrodden, I couldn't bring myself to believe the rumors he was coming here until he walked into his first press conference wearing Patriots Starter jacket. To have a guy with his resume, his juice and his choice of any job he wanted take over here was like the Patriots joining the NFL after being in whatever league they demote European soccer teams to when they blow for too long. I got a framed picture of him for gift one Christmas. Plus one of those "How to Succeed in Business and Life" books legendary coaches used to have ghostwritten for them. So let's be clear on my appreciation for the guy.

Let's just not whitewash his record in New England. Especially now that he's back on the ballot and the Boston media that worshiped him harder than I did are beating the drum once again for him to get in. So they're padding the resume of his successes and ignoring his failures. At best, his time here was inconsistent. At worst, his motivation came and went, and the team reflected that. Here's what I wrote last year:

His record here was 32-32 in the regular season, 2-2 in the postseason. If you want to give him a pass for his first year here, you have every right. He took a 1-15 team and through force of will dragged them up to a new and improved 5-11. And even that took a 4-game winning streak at the end of the season.

But you also have to give him ownership of his third season here., 1995. That 6-10 clusterfudge with a team that had been in the Wild Card round the year before.

As far as the number one argument for his induction, that he "made them respectable," so did Chuck Fairbanks. In the early 70s he took the worst franchise in all of sports and transformed them into a powerhouse that would've competed for multiple Super Bowls if he hadn't quit on them to take another job while they were winning their division and he was under contract. (Hold that thought; more on that later.) So did another coach.

Ray Berry made them respectable. Taking over for the most incompetent, lying asshole in franchise history, Ron Meyer in 1984, he brought them to the Super Bowl the very next year. And back to the playoffs the year after that, going 11-5 each time. … It’s only because of terrible drafting and losing some of their top talent to teams that weren’t going bankrupt that he eventually was fired. But not before going 48-39, .552. That’s 16 more wins to just 7 more losses than Parcells had in New England. Plus Berry was 3-2 in the postseason. So if you want to bang the table for some coach to be admitted, why not make it be Ray Berry?

All I'm saying is we need to take the bad with the good. As Hunter S. Thompson once said, "Bob Dylan has a lot to answer for." Meaning yes, he was a transformative figure in American music and culture. But he also inspired people who can't sing to think they can sing and ruined waiting on subway platforms for generations of commuters. Bill Parcells has a lot to answer for.

If you say that during the 6-10 year he was fat, lazy and sort of disinterested, it doesn't mean you're ripping the man. It just means you've read his autobiography and listened to his interviews. He admits it. Just like he admits his falling out with the Krafts was largely his own fault and if he had to do it all over again, he'd do things a lot differently.

He was petulant from the moment the Krafts bought the team. He expected a guy who spent $175 million (without telling his wife) in order to save the franchise from moving to St. Louis would sit there, sign the checks, and otherwise leave the operation to him. And the local media, who loved Parcells for the good press conference he gave them and the inside info ate it up as he complained off the record what a meddlesome, no-nothing asshole his new boss is. And so for the most part, they took his side. Which is akin to someone buying the local Chik-fil-A franchise and Doris the manager telling him he can fuck right off and let her run things her way because she's won awards for being the best chicken shack manager in the tri-state area.

Of course it got worse. All of which is part of the equation. Yes, he took the team to Super Bowl 31. But he was distracted and already checked out and focused on his new job with the Jets. And the team's performance reflected it. If you think I'm just making that up, the phone bill from his hotel room in New Orleans showed 51 calls to Hempstead during the week. Fifty-one. Then of course, he famously took his own flight home and never addressed anyone on his roster except for the ones he signed as free agents.

A .500 record and quitting on the team during the worst possible moment don't disqualify him from ever getting into the Patriots Hall. But they are a consideration. Some of the same people who can't shut up about Belichick's pre-Brady W-L record and won't ever stop harping about him benching Malcolm Butler, prefer to ignore the bad sections of Parcells' curriculum vitae. I prefer to be honest and take the bad with the good. And overall, it's just not good enough. Maybe some other year.

Vote Seymour: 2020. My name is Jerry Thornton, and I approve this message.