Another year, another draft spent listening to quarterback whispers from fans and haters alike.

"Aaron Rodgers isn't going to be around forever."
"It's time to plan for the future."
"He's been overrated since day 1."
"If he was really that talented, he would have more than one ring by now."

Blah, blah, blah. It's all just noise at this point.

Yes, obviously Aaron Rodgers, now 36, isn't getting any younger. At some point, he will retire (hopefully his will be just a tad smoother and less heartbreaking than Favre's) and the team will need a new leader - one that knows the system and is ready to go. But considering Rodgers won't be an unrestricted free agent until 2024, that day isn't today and it's not going to be next year either.

Rodgers has said, on many occasions, that he would like to play into his 40s and has been training his body in preparation for that. I believe him. I'm also not at all worried about "his decline" as I don't believe he's declining. What I am worried about is his lack of receivers and targets and offensive tackles. (Something I hope will be addressed with the draft on Thursday, but that's a story for tomorrow.)

In short, I'm not one of those people who thinks the Packers absolutely need to start the process now. After all, even when do you make preparations in advance, there's no guarantee they'll work out. 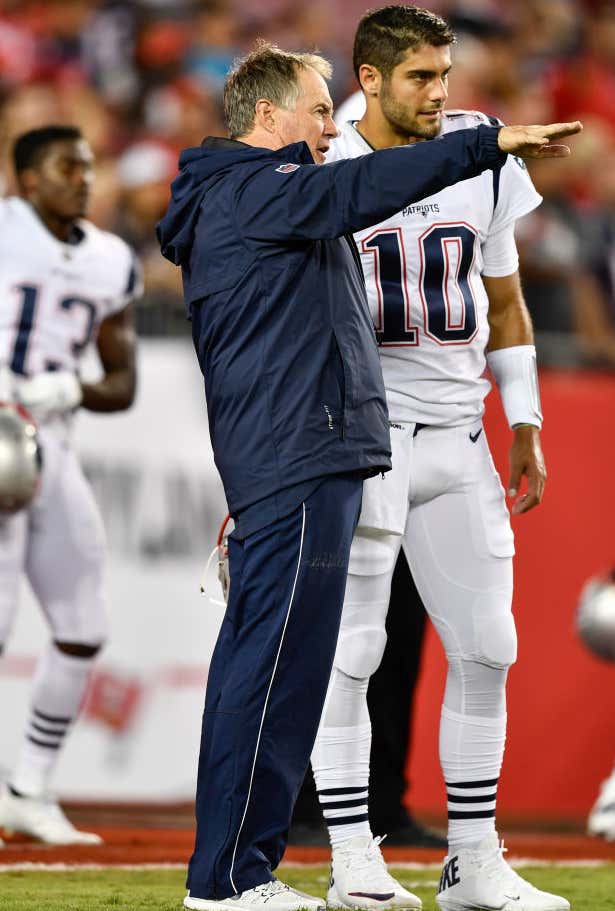 That being said, I'm not completely opposed to it either, and after last year's serious interest in Drew Lock, it's clear Brian Gutekunst wants himself a quarterback. There have even been rumors swirling around that he may take a QB in the first round, something I simply can't believe and hope is not true. 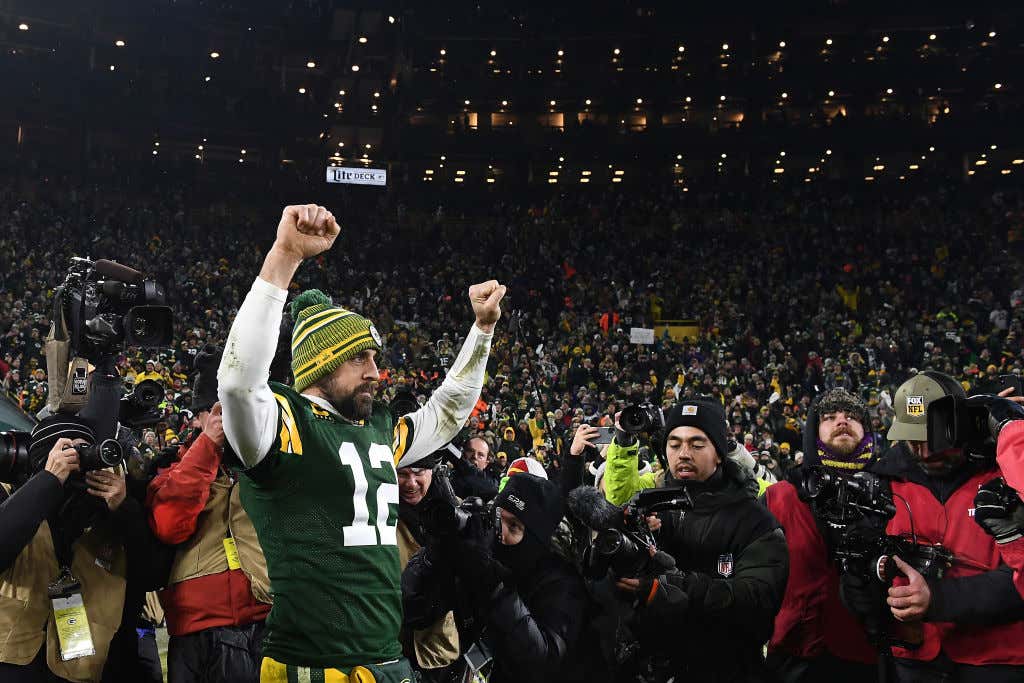 This team, who was one win away from heading to the Super Bowl, is in desperate need of someone to catch the balls their HOF quarterback throws, as well as someone to protect him. Is Gute really going to put the bright present on hold and spend the money on a blurry future? Especially when Joe Burrow, Justin Herbert, and Tua Tagovailoa, and Justin Herbert will all likely be gone with the top 8/9 picks? According to me, no, according to someone who matters like Gute himself:

“Obviously he’s still playing at an elite level. But for me, I was raised (in scouting) by Ron Wolf and Ted Thompson. If there’s a quarterback we think can play, that’s a starter in the National Football League, we’ll never pass that up...

Ron traded a first-round pick for a quarterback that nobody wanted. Ted drafted a quarterback when he had a Hall of Fame guy,” Gutekunst said of his predecessors’ decisions to acquire Brett Favre and draft Aaron Rodgers. “I just think the quarterback position is so important that you can never not address it if you think you have an opportunity to take a player that can play in the league.”

Keywords here: IF you think you have an opportunity to take a player that CAN play in the league. That's a big "if" and "can."

Regardless of what happens, the good news is that in Gute we trust, and if he's not concerned about any Rodgers drama that could follow, we shouldn't be either.

"He understands it. With his experience being drafted when Brett was here. A year or two after he was here we drafted a few quarterbacks (Brian Brohm and Matt Flynn). But it's part of the business. You know if there's anybody that understands it, it's him."

So, who could be the lucky guy to learn from such an understanding pro?

Jordan Love - Utah State
It's unlikely Love will still be on the board when the 30th pick comes around, so if Green Bay wanted him, they would have to move around to make this happen. They did "virtually" visit with him, but frankly, that doesn't mean shit, for either side of the argument. On the one hand, it's not like a Zoom meeting requires a lot of effort; but on the other hand, it's not like they could fly him into Green Bay to meet with him either. So who knows.

It's worth pointing out that Love regressed this year from his Sophmore season, but he also lost a lot of his guys. Maybe he would be a good "sit, learn, and develop" guy for a couple of years, but if you ask me, it sounds like a lot of work for a guy who played in a really simple offense.

Jacob Eason - Washington
A big man (6'6") with a big arm… and that's pretty much it. He transferred to Washington after losing the starting job to Jake Fromm at Georgia and was meh at Washington. But again, big with a big arm. Wouldn't be surprised if someone made a "Jacob Eason Is Tall" website or something. 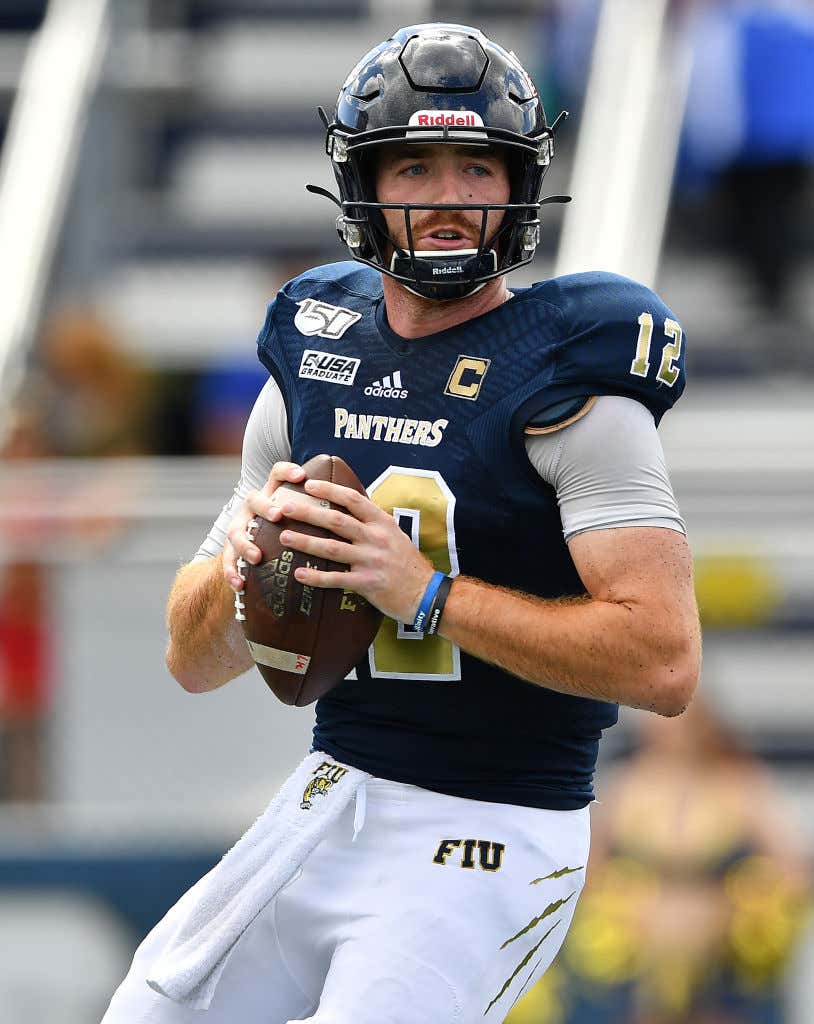 Ah James Morgan. For some Packers fans, he's this draft's sweetheart. He's 6'4", tough, and was pretty impressive during the combine - both with his arm and sparkling personality. He's also been getting some last-minute admiration, according to Mike Giardi:

Of the teams that are interested in Morgan, Giardi relays that his release is what has scouts fawning over him and one even noted that "the ball is like a rocket out of his hand."

But, let be real here, that's not the reason Packers fans are in love with him. Cheeseheads love him because HE is a Cheesehead. The guy LOVES the Packers. He wore #4 in middle school and switched to #12 in high school when the reigns were handed over. Oh and that high school, by the way, was basically a stone's throw from Lambeau Field. It's a story that's just too good, you can't not get sucked in. "The boy who grew up playing football down the street from Lambeau Field heads back to Green Bay as its quarterback of the future."

It's perfect. He would sit behind Rodgers and learn from him, just as Rodgers did with Favre. (Though, something tells me #12 might be a little more forthcoming than Favre was…) And one day, when Rodgers decides he's ready to move on to the next phase of his life, Tom Rinaldi's voice would narrate the story of the hometown boy's arrival and bring us all to tears. Dreams do come true!

Except… how did that work out for Rodgers in San Francisco? The Niners were his team, playing for them was his life-long dream, and now we're stuck watching and re-watching his then-disappointing, depressing draft night every single time SF comes up. (Also, fuck San Francisco.) Obviously, I'm thankful to San Fran for passing on him and making that chip on his shoulder just a little bigger, but the point is it's not often that narrative works out.

Story aside, I'm not totally sold on Morgan. He's had his streak of accuracy issues and if our receivers (c-ya Geronimo) were dropping balls from Rodgers entirely too much this past season, well, that's not a good start. However… Morgan would receive the luxury of time, so that could be completely irrelevant. The same goes for his knee injury.

We're also not talking about a high-risk, first-round pick: Morgan would be a late-rounder. A late-rounder with, have I mentioned, a hell of a story.

"I was a four-star recruit out of Ashwaubenon High, one of the top 25 quarterbacks in the nation — I threw for the fifth-most career passing yards in state history. I was hoping to get a look from Wisconsin, but nothing came. They didn’t recruit me at all. In fact, I wasn’t offered by any Power Five schools. I was confused and pretty hurt. But it made me want to chase my dreams even more. It was a feeling I’ve carried with me ever since: I’ll prove you wrong…

I got overlooked a lot between high school and this moment. I still have a chip on my shoulder, still want to show people that they were wrong about me. And if it’s possible, I’m even more motivated now.

I’ve got so much left to prove."

Ugh, so maybe I'm a little sold on Morgan. 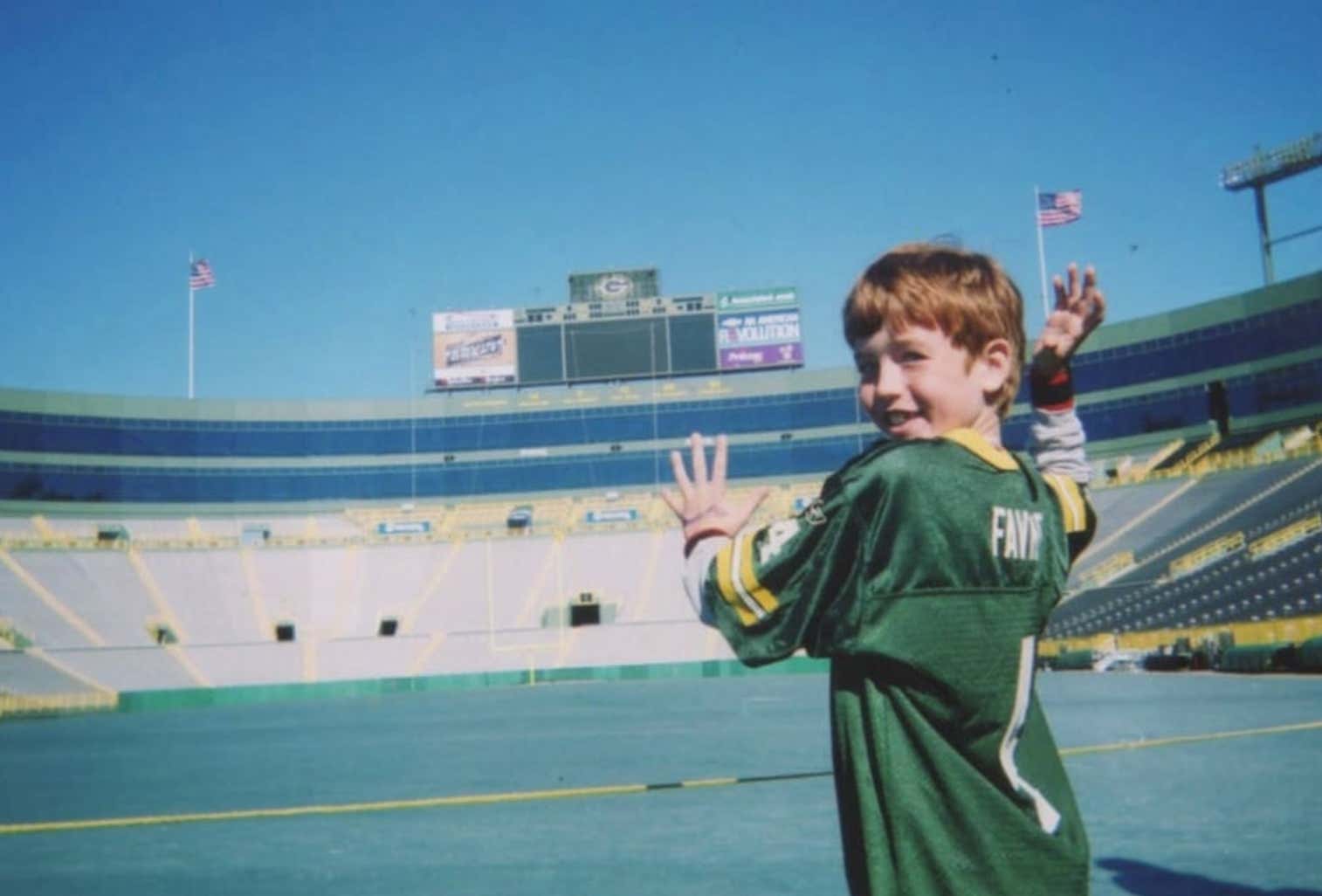 Scratch that. I'm 100% sold on Morgan and here for the fairy tale ending! (I mean, he's a red-headed little fan at Lambeau, in a Favre jersey - I never stood a chance!)

I think we found our guy, Gute.

Worst-case scenario, it's only a late-round pick.