There are certain moments where I look at military shit and I clutch my DD-214 so tightly that my knuckles whiten. Getting that single piece of paper the day you retire or get out is such a freeing feeling and it's because of moments like what happened above.

The military is in a stage of readiness crisis. They admit it. Well, kinda. They stopped giving the numbers of coronavirus cases at many bases and aren't releasing the impact that shutting down boot camps for a few weeks could have on the force.  That's admitting it. For instance, the Navy has to put people in a Great Wolf Lodge for two weeks. Yeah. That Great Wolf Lodge. The one with the waterslides and shit. Delightful! But, those recruits aren't allowed to use the slides. SAD!

Anyway, taking a drug test after 4/20 in the military isn't anything new. In fact, it would be surprising if most units didn't have a piss test after that day under normal circumstances but these aren't normal circumstances. So why do leadership across the board in the military continue to act like it is? Haircuts. Piss tests. Ranges. All that shit. None of it is mission essential. Captain Crozier, the now relieved commander of the USS Roosevelt said it best, "if America was in the position to need our troops to risk their lives for a cause, they would. That's what they signed up for. This is not that."

This is keeping the status quo just because it's the status quo. In a profession where risk mitigation is taught from day one, it seems as though high-level leaders are playing with gas simply so that they can possibly put out a huge fire and hope not one will notice that they ignored the dry condition warnings. Let the Marines grow their hair for a few weeks. Hell, look at what John Basilone looked like. 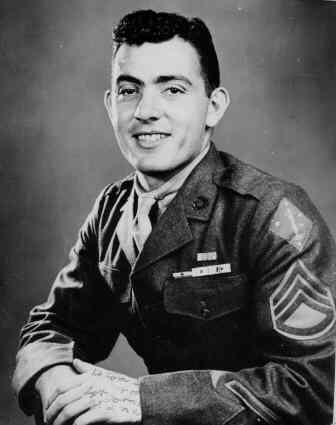 The Medal of Honor recipient and one of the Marine Corps great legends would have been called a shit bag for his hair cut now. Let them skip a piss test.

Piss tests and haircuts. Two things that aren't "important" but are being focused on as a distiller of discipline. If that's what you're relying on, you've already missed the boat. You missed the boat so much that you couldn't even land on an aircraft carrier deck.

There was a phrase that I used to stress to my Marines when I was in a leadership position. That phrase was "don't make your last-ditch stand in the wrong fucking ditch."

A piss test with social distancing until 0100 in the midst of a global pandemic is one of those stands. It's foolish. It's borderline reckless. It perfectly encapsulates the faults of peace-time leadership.  It's the example of fuck-fuck games. It's majoring in minors like an undeclared, general education college student.

Maybe 5 soldiers get away with smoking weed. Who cares? Compassion in leadership goes a long way.

That being said, truth be known, if SSgt Me would read this, he would have thought I was a pussy. Maybe so. But maybe, just maybe, standing outside with 1800 other people until the wee hours of the morning is dumb when the only reason is a date on the calendar.