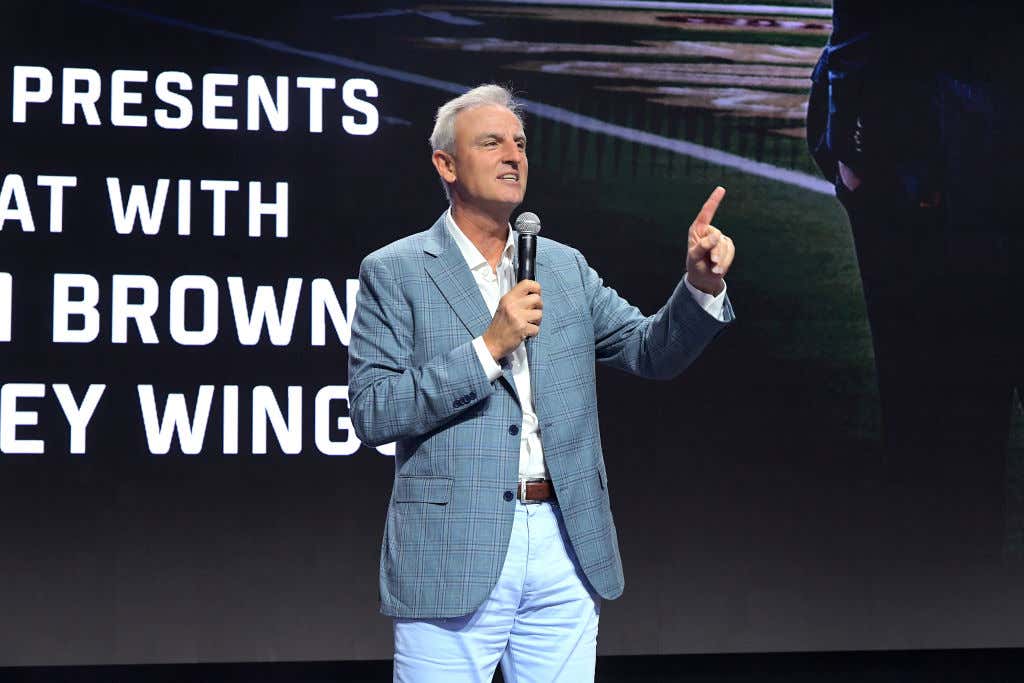 On today's Pardon My Take, recurring guest Trey Wingo joined the show. The ESPN host talked to Mr. Cat and Mr. Commenter about hosting tomorrow night's unusual draft, some one-liners to drop during the broadcast, the Tua/Herbert dilemma, and more. But I think we all know one thing that we had to discuss with Trey during his appearance: the bear incident. For those who are unfamiliar, a couple of months ago, Wingo tweeted this out:

That was tweeted out at 11:09 PM ET, which got Mr. Commenter thinking... how is this possible given the daylight in the picture? Fast forward through an investigation by Mr. Commenter, and we find out that was a previously viral picture from someone else. Now, Trey addressed that tweet on today's show, while Mr. Cat and Mr. Commenter had a fun time with it:

Mr. Commenter: So, I think Big Cat want to get to this, but I'll just jump in and say it. Chicago doesn't have any picks on the first day, they're picking in the second round. Do you expect the Bears to show up unexpectedly? Kind of a backdoor move and get a surprise bears appearance on Thursday.

Trey Wingo: In the first round?

Mr. Cat: Just on your back porch.

Trey Wingo: Oh, you mean like the kind that would be on my back porch, leaning over?

Mr. Commenter: Oh, I didn't think about that, but yeah, that too.

Trey Wingo: Like peaking in to see what we're doing?

Mr. Cat: Yes. But it's night out and it's day out in the picture.

Trey Wingo: I mean, for example, the bears came back last week.

Mr. Cat: You need to do a live stream, like a nature live stream in your backyard.

Trey Wingo: No, it's nuts. They're here all the time, and we actually have, over the last three months, we've noticed that there's a couple of bobcats out there as well. It's crazy up here. Rural Connecticut is a great place to ride out a pandemic, but you are in bleeping nature. 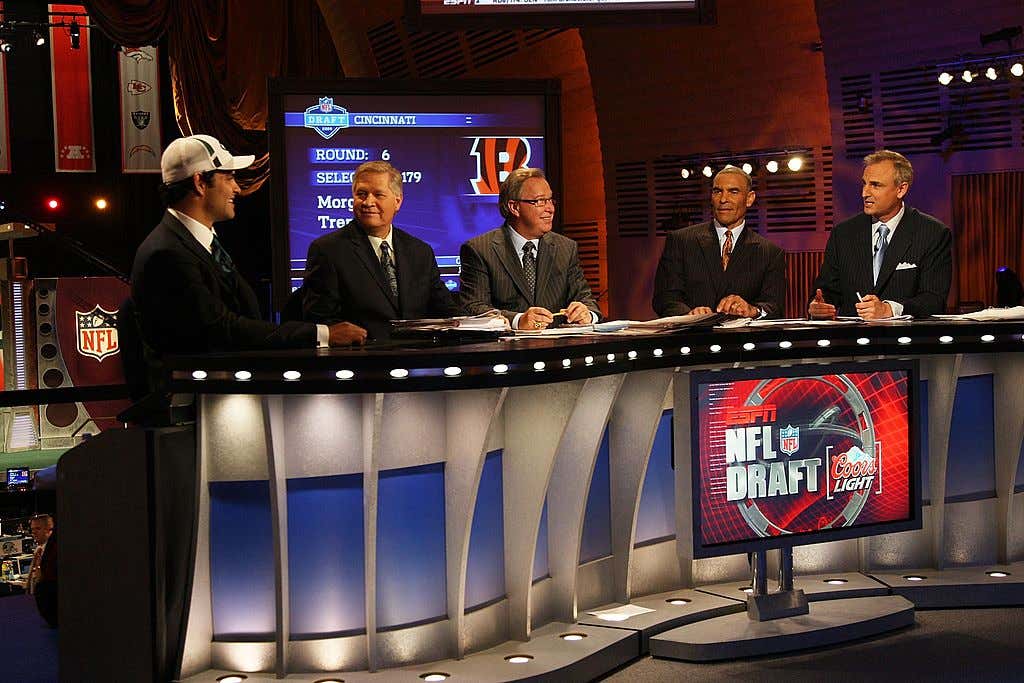 Mr. Commenter: I do want to discuss the bear picture real quick, then we'll get back to the draft stuff. So last I heard, the party line on the bear picture was you had the same bear that showed up a couple years ago, but then you didn't get a picture of it this time.

Trey Wingo: No this bear, and I'm assuming it's the same bear because we've been to the same house for five years and it shows up all the time, but he came through, it was like a Friday night at like eleven o'clock and he was on the deck eating the bird-feeder. And then we turned on the light because we heard the thump of the bird-feeder falling down. And so he got scared and ran away so I couldn't get a picture. So this is eleven o'clock at night. I just looked for a picture of a bear on the deck and I said, "So a bear was on my deck." And I didn't think anything about it because I figured it was a daytime photo. People would think I was saying THAT was the bear. I was just using that as an analogy. I went to bed and the next morning I woke up and it was kind of hilarious.

Mr. Commenter: It was interesting, Trey. Because me and a lot of other people in America, I think we thought you were pulling a fast one on us and saying this is the bear and that bear had gone previously viral. 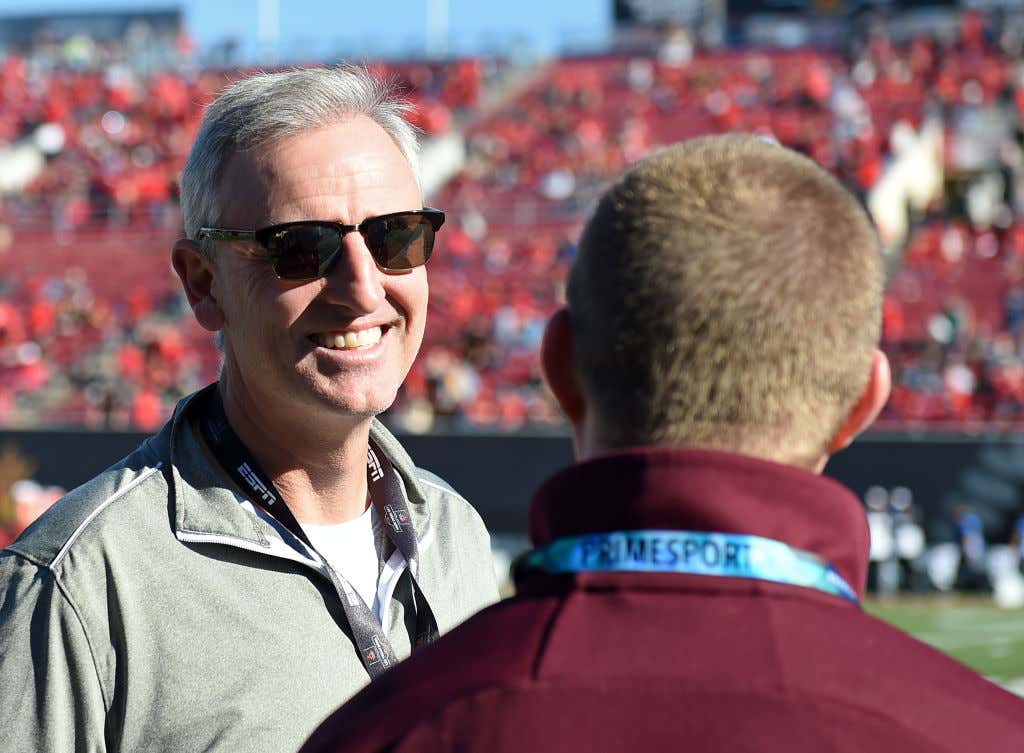 Trey Wingo: Yeah, Big Cat, how many bear videos have I sent you?

Mr. Cat: He actually has sent me like three or four bear videos of just a bear just hanging out in his backyard. I believe there are bears.

Mr. Commenter: Well, you need to start putting those videos online so that everyone else can can understand that this is an active bear situation that you have.

It's *very cool* to see that Trey Wingo played along with this one and had some fun with it. And I'm glad that Mr. Commenter put his Big J hat on to get to the bottom of this. We are excited to watch Trey crush his draft coverage tomorrow, and hopefully he finds the opportunities to squeeze in some of the phrases Mr. Cat and Mr. Commenter brought to his attention today: