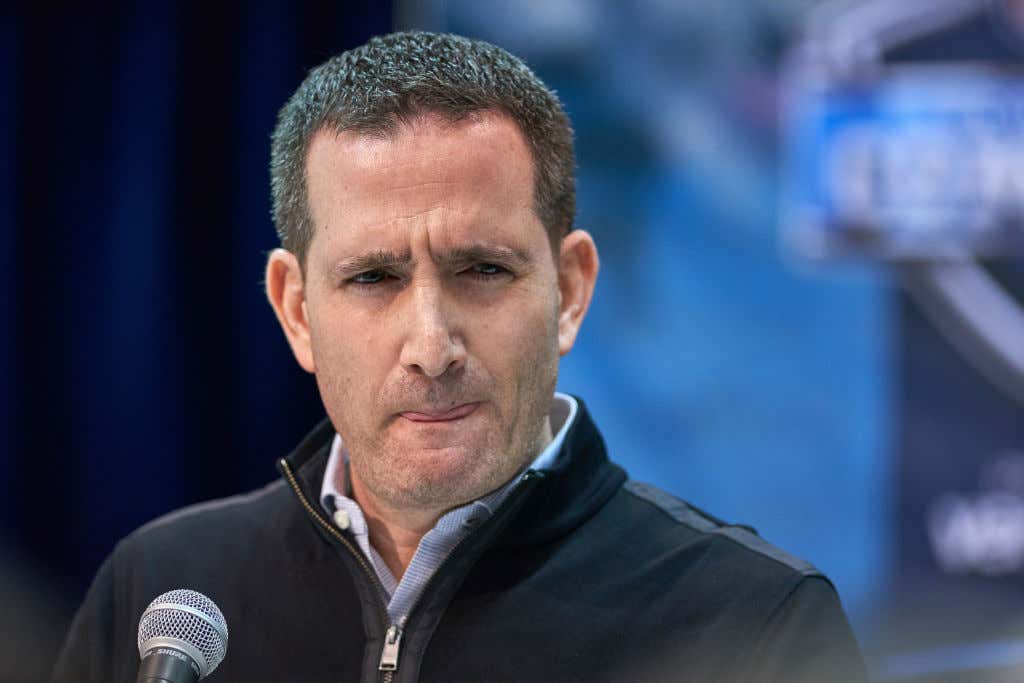 Fun fact: The 1st round of the NFL Draft is tomorrow night. And over the last few days, we've been getting to see and hear about the quarantined war room setups that some of these GMs will be working with to make their picks. Like John Lynch almost going with a full octobox of monitors.

Or Bob Quinn having an IT guy camping out in a Winnebago in his driveway just in case.

Hell, Seattle GM John Schneider is ripping up his entire house just to fit more monitors in his war room.

But so far, I don't recall hearing anything about Howie Roseman's set up. And that scares the absolute shit out of me. Because if there's one man in this draft who simply cannot afford to fuck this up, it's Howie. He is quite possibly the worst drafter of all time and he finally has a chance to knock this one out of the park. There are 4 legitimate stud receivers that he can make a move for and it's not completely out of the realm of possibility of him making that happen.

That is, of course, unless his at-home setup absolutely sucks ass and he ends up getting logged out of the draft because his WiFi goes out on him or he only has one monitor going so he loses track of everything. We're just over 24 hours away and we don't even know what operating system this man is working with. I don't feel confident in that at all.

And sure, Comcast/Xfinity is headquartered in Philly so you'd think that Howie would be all set to go as far as internet connection goes. But everybody knows that Comcast/Xfinity is the fucking woooorrrrrrrrst. It's like they know the exact moment when you need internet the most and that's the exact time they start to do maintenance and shut everything down. So then you've got Howie Roseman panicking while trying to get back into the draft while his internet is rebooting. A calm Howie rarely makes the right decisions in the draft. A panicked Howie? It wouldn't surprise me if he spazzes out and decides to trade #21 just to move back and give him extra time to figure out which letter in his password is capitalized and if he put an exclamation point at the end of it or not.

So all I'm saying is that if the Eagles miss out on trading up to take CeeDee Lamb and it's all because Howie's war room setup sucks and the internet is trash, well then I don't know exactly what I'm going to do but it's not going to be great. Just do the thing, Howie. For once in your life, stop listening to yourself and just be a legend.