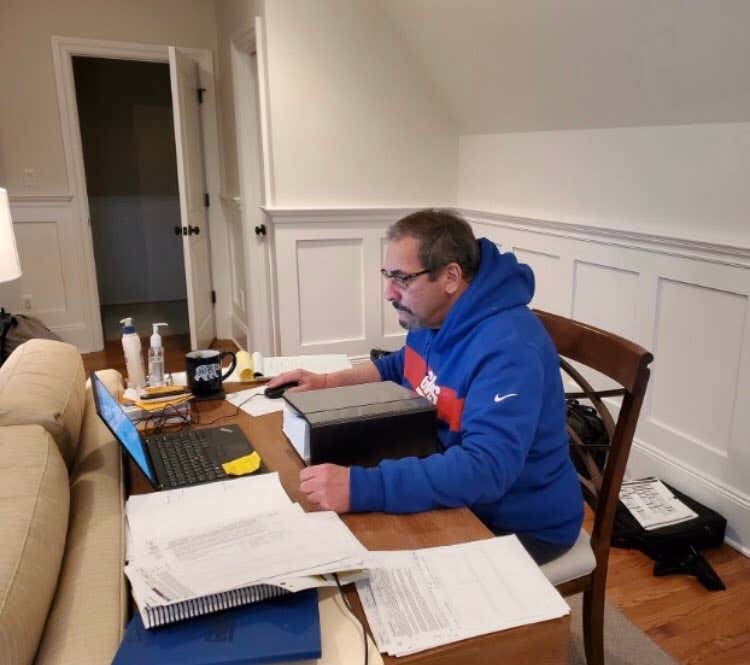 NY Post- Dave Gettleman will not be Home Alone during the 2020 NFL Draft. Stand down with those fears that the 69-year-old general manager will be overmatched from a technology standpoint Thursday night when the Giants are on the clock and the heat is on during an unprecedented remote draft process. Accompanying Gettleman at his home in Bergen County, N.J. will be Ty Siam, who works in football operations/data analytics for the Giants.

While adhering to social distancing guidelines, Siam will aid Gettleman during the draft, troubleshooting when necessary and making sure the lines of communication are open with the other team personnel scattered across the country.

This is not a Giants-centric deal. All NFL general managers and head coaches will have IT personnel on call, either on the premises or nearby, during the three-day draft that will take place amid the COVID-19 pandemic.

Who's laughing at those four computer folks being hired now?!? My fear of the Giants draft bursting into flames tomorrow night has now gone from High to a solid Medium. I will even downgrade that to Low if it is announced that this IT guy will be looking over Gettleman's shoulder from 6 feet away the entire time for if when shit hits the fan. Because as being the Computer Folk for my parents for years, I know older people never ask for help until its too late. Well past the rainbow spinner thing spinning for hours and the computer beeping every time you press a key on the keyboard. No alarms go off in their head until the computer either shuts off or is engulfed in a blue screen of death.

Which is why I need Ty Siam to be ready to jump on that computer the first moment Joe Judge's voice starts lagging or his face disappears from the screen. That's the reason he lifted all those Computer Science books in college. To make sure Dave Gettleman's connection doesn't drop with everyone else in the Virtual Giants War Room while they are on the clock, which will almost definitely result in him drafting the best Defensive Tackle available no matter what.