First of all, hand up if you forgot Randy Johnson pitched for the Astros. My hand is touching the sky. He was traded from Seattle to Houston at the deadline in a contract year for Freddy Garcia and Carlos Guillen. Just went a cool 10-1 with a 1.28 ERA in 84 innings for them no biggie. During this playoff series he surrendered just four runs in 14 innings to the tune of a 1.93 ERA. The Big Unit lost both starts. That should be jail worthy for the entire Astros offense. He then signed with the D Backs and won four straight Cy Youngs. Randy Johnson was simply preposterous on a baseball mound. His entire baseball reference page is practically in bold because everything he did was a record or league high. I think what made him so intimidating, aside from being as tall as a tree, was how he'd deliver a pitch and immediately take a step back to get right back on the rubber for the next one. No matter how quickly you tried to get ready for your next swing in the box, Randy was waiting for you. You see it in the video above.

And then there's Tony Gwynn. Mr Padre. One of the greatest hitters of all time. No matter what was in your arsenal, how hard you threw, what angle it was coming from, whatever count you were ahead of him in, he was never rattled. You could not shake that motherfucker. Look where he makes contact with this pitch. 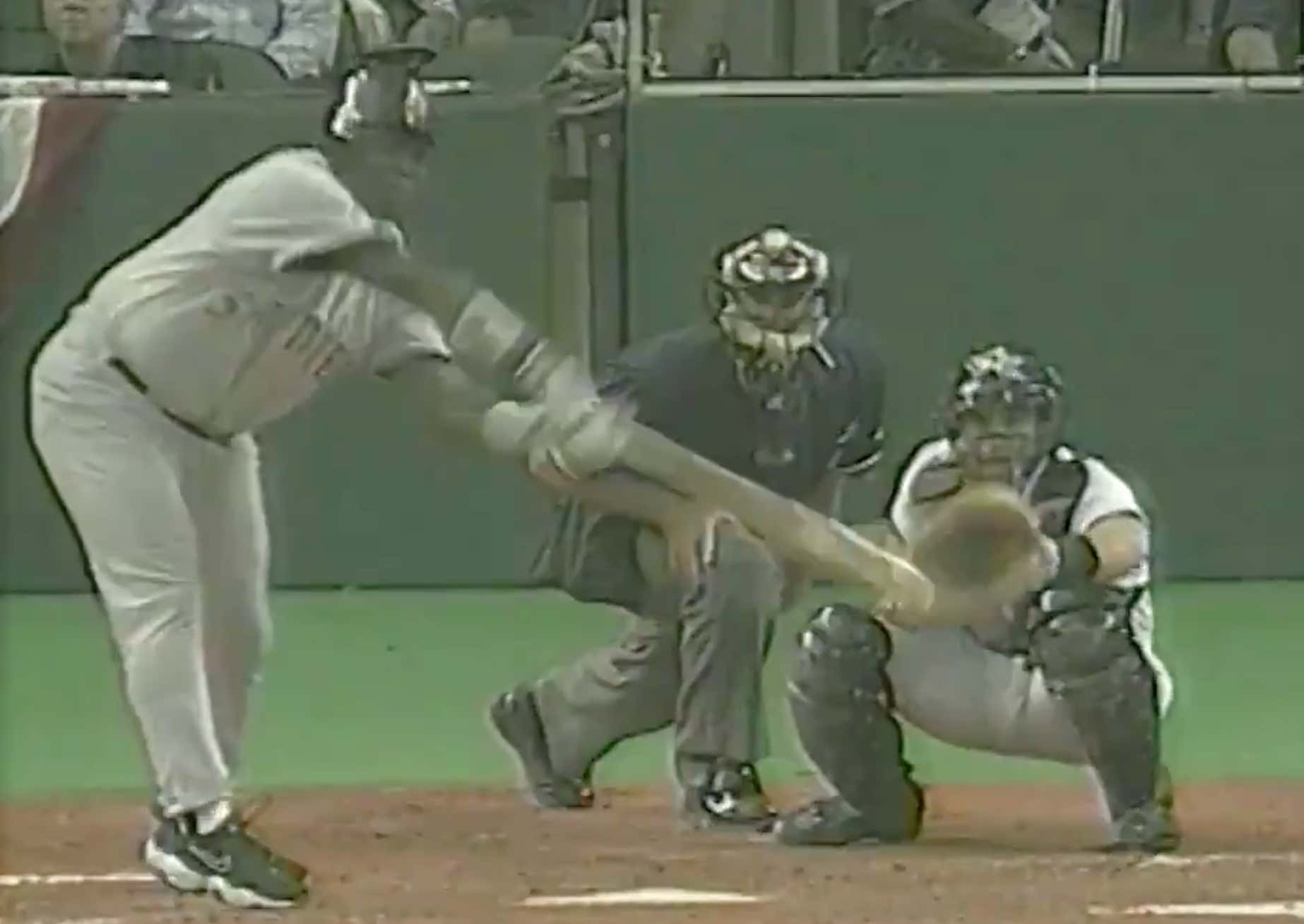 There are so many Tony Gwynn stats to laugh at but my favorite has to be that he had 323 career at-bats against Greg Maddux, Pedro Martinez, Tom Glavine and John Smoltz. Four of the best pitchers ever. He struck three times combined against those guys. Never against Maddux or Pedro. He hit .415 off Maddux in 107 at bats. Dude defied every bit of logic that has to do with the difficult art of hitting a baseball.

What a matchup of titans. Literally two of the best to ever do their jobs in human history.