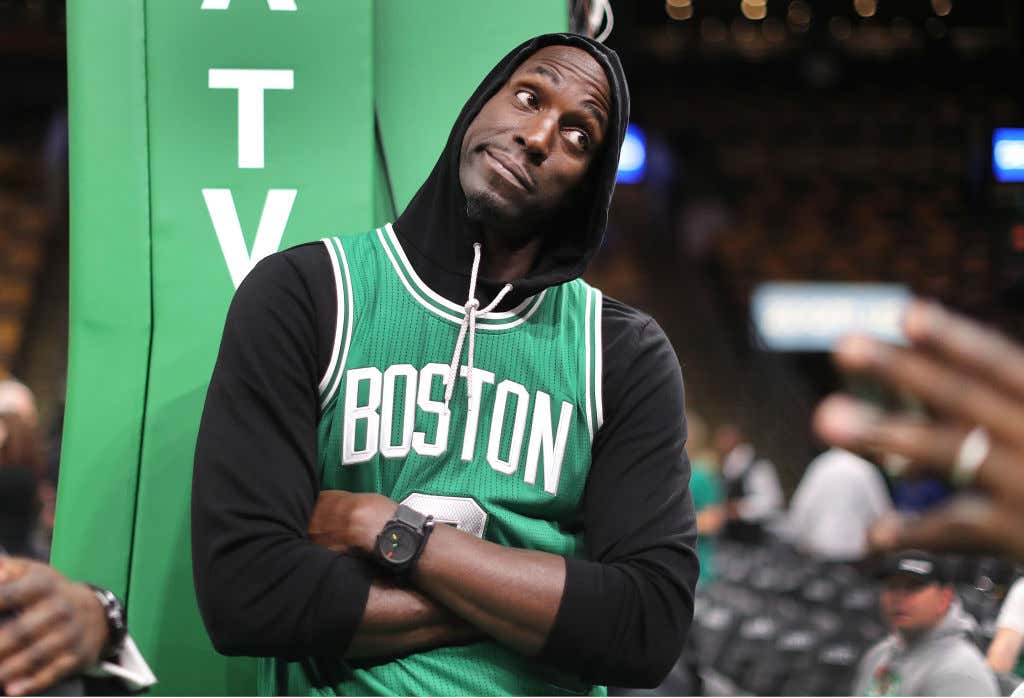 With Gronk coming out of retirement it got me thinking. If I could have anyone that retired in the last few years and could add them to this current Celtics roster, who would it be? A stupid hypothetical for sure, but such is life during the quarantine and don't you dare content shame at this time. For the purpose of this exercise I'm going with the mindset that best case scenario physically would be how they looked in their last season, and I'm going with guys who I think have stayed in decent shape. Here's my list.

I don't give two shits that KG is 43 right now. I would take him and give him 10-15 minutes right this second. Give me that intensity, give me that knowledge, give me the random nights where he finds his rhythm and can actually be productive. In terms of team need, Garnett would be the best option and I would give anything in order to make this fake idea actually happen.

Same thing with this 43 year old. I see Duncan on the sidelines in SA, he looks great. Put him on the block for a few possessions when you need a bucket in crunch time and let him go to work. It's not like his game relied at all on athleticism or anything like that. No doubt Duncan could help.

You've seen the Celtics bench right? Even at 42 you're crazy if you don't think Manu would be an upgrade over any bench guard on this roster not named Marcus Smart.

This one actually isn't all that crazy since he's just 32 and actually considered making a comeback this year before he turned down the Lakers. Again, I'll take any sort of backup point guard I can help for this roster.

Only 34, the perfect super sub as evident by how important he was for the Warriors, great size, I almost think Danny should make some phone calls about this later this summer because I wouldn't hate his veteran presence.

Gortat was someone I always wished the Celts found a way to get. He'd be like another Aron Baynes type monster in the paint only without the threes but just as devastating when it comes to setting screens. Big man who doesn't need the ball and can rebound and commit fouls? I'm in.

I'm ready to forgive, what can I say. I know Ray is still in fantastic shape even at 44, and all I want him to do is provide some shooting to the second unit which it most definitely needs. Could be a great redemption story here if you think about it.

You'll notice I did not include Paul Pierce or Perk in this list. Listen, I love them more than pretty much anything in my life outside of my family and dogs, but I see them on TV. They are not even close to bring in NBA game shape. I wouldn't want to ruin all the memories I have of them both by trying to force them to play basketball again.