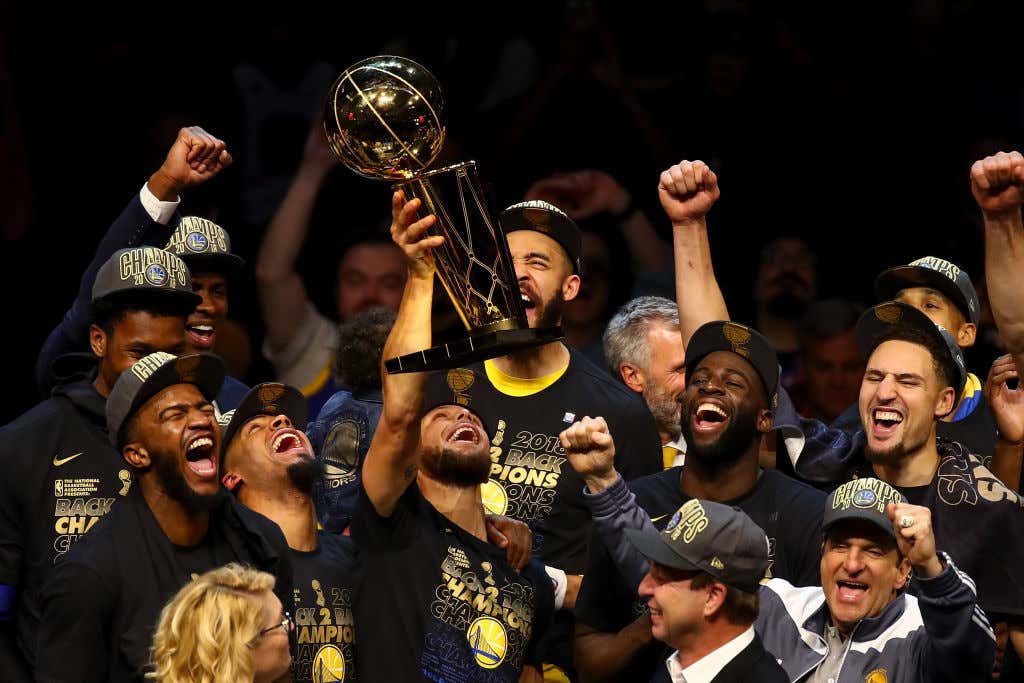 (Source) - The Last Dance, a 10-part documentary series centered around the 1997-98 Chicago Bulls, left people pondering what documentaries might be produced in the future.

Cross the Golden State Warriors dynasty off that list despite Warriors co-executive chairman Peter Guber producing The Last Dance as the founder of Mandalay Entertainment.

"The Warriors decided against having a camera crew embedded with the Warriors as the Bulls allowed during the 1997-98 NBA season to capture their sixth NBA championship in eight years," USA Today's Mark Medina reported Monday.

"Once you do that, you actually affect the outcome of other things," Guber told Medina. "Turning the camera on with an expectation that you're going to get to a particular point with a sports team or career or something like that? It's a dangerous business. It's hubris."

Are you kidding me? This might have been the worst decision in the history of decisions. Just yesterday I wrote about how it would be awesome if we got a Warriors Dynasty documentary with all the behind the scenes footage/stories that went down during their run. Now we're learning that they declined to do the same type of shit as the Last Dance because of an "expectation you're going to get to a particular point with a sports team"? What kind of bullshit is that. That's the worst reasoning I've ever heard. There were already a lot of reasons to hate the Warriors, but willingly choosing to not record anything and everything that went down with that team is an all time boneheaded decision. I'm wondering how the NBA even allowed that to happen. Adam Silver missed a huge opportunity to tell the Warriors to shut the hell up and get that much needed footage. Rule with an iron fist for me one time Adam.

I also find it hilarious that this Peter Guber fella used the idea of hubris as why they didn't want to do it. I'm sorry, we're talking about the Warriors right? They are one of the cockiest, most disrespectful dynasties maybe ever. They already had a shit ton of hubris in that locker room, which is why it would have been fascinating to see! Think of everything we're now never going to see. It's not just the Durant stuff, although that's obviously very high on the list. I can only imagine all the hilarious Klay stories there are, we'd finally get a closer look at Steph vs KD, the whole building of the dynasty, the 3-1 choke, all the drama of their final season, what a bunch of assholes to keep this to themselves.

Hopefully this is just a smoke screen so that when it actually does drop it's a huge deal. I'm not ruling that out. I just think in today's world where everyone and everything is filmed, there's no way there's no footage of that Warriors run. I refuse to believe it. But if it is true, well then Durant wasn't the only BBB on that team.