The US is monitoring intelligence that North Korea's leader, Kim Jong Un, is in grave danger after a surgery, according to a US official with direct knowledge.

Kim recently missed the celebration of his grandfather's birthday on April 15, which raised speculation about his well-being. He had been seen four days before that at a government meeting.

Gathering intelligence out of North Korea is notoriously difficult -- one of the most challenging targets for US intelligence.

North Korea tightly controls any information surrounding its leader, who is treated almost like a deity within the country. His absences from official state media often spark speculation and rumors about his health.

North Korea has no free press and is often a black hole when it comes to the country's leadership. Analysts are heavily reliant on scanning state media dispatches and watching propaganda videos for any semblance of a clue.

Here's more tea about Kim's possible ailments from a guy who's not verified but seems legit enough???? (Here's the link for NK News if you wanna see for yourself. It's not produced BY North Korea, it produces news ABOUT North Korea..) 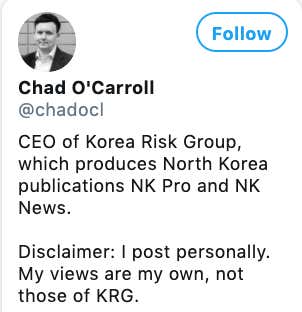 Not that I wish bad upon anyone, but after a quick refresher glance at the Human Rights Watch on North Korea I hope he's at least in a 'lil bit of pain. And if it really is serious and he dies there's only one question on all of our minds… Who will inspect North Korea's catfish farms, goo machines and shoe factories?!?!?