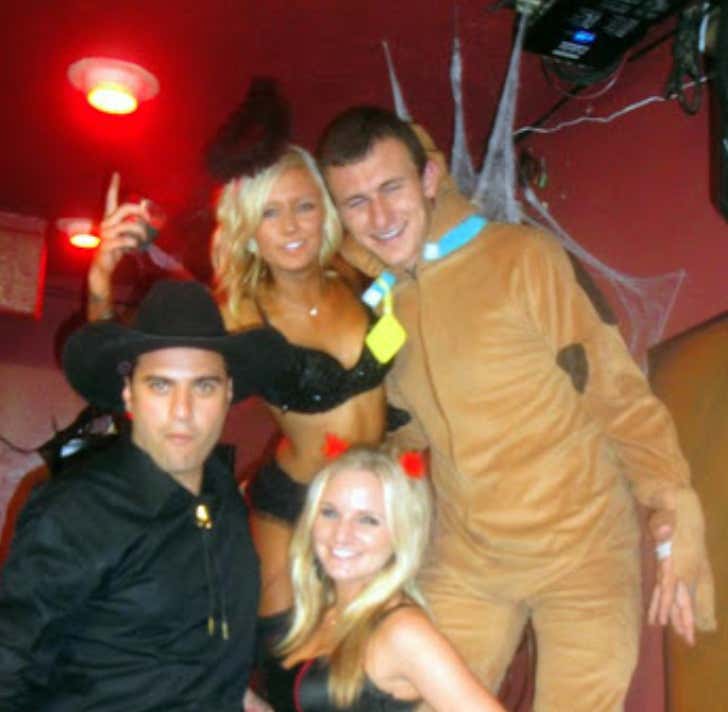 Last night's first two episodes of The Last Dance were awesome. Twitter was electric. It's crazy to think we have 8 more hours of it.

The success of it got me thinking. If we could will into existence a 5-10 part documentary series on a college football topic, what would you go with? ESPN has already covered The Pony Express and The U, so let's forget those. Here is what I came up with.

Johnny Football: Obviously, this one would be at the top of anybody's list. Thanks to being on campus for close to three years, we'd have plenty of content to fit into multiple episodes. I don't think a college football star has captivated the nation quite like Johnny did.

Tim Tebow: This would be similar to the Jordan doc thanks to Tebow's teammates:

The Bagman: An 8-part series on the origins of paying players to where it is today would be phenomenal. I'm not sure ESPN would let it get out thanks to it's relationship with the NCAA, but I could definitely see it on HBO.

Lawrence Phillips: Phillips was before my time, but after I tweeted this question out today, I received a few replies that a documentary series on him would be very good. Doing some research on him this morning, that checks out.

Nike & Oregon: How did the biggest sports apparel company in the world create a successful football program in Oregon.

Manti Teo: This wouldn't be a series, but a doc on whatever the hell happened with Lennay Kekua would be a must-watch.

The Urban Meyer Story: This would require a lot of diving deep into the scandals Urban has gone through. The supposed stories about his exit at Florida are WILD. The same goes for Ohio State.

Jameis Winston: Similar to Johnny, he was on campus for enough time that a 2/3 part doc series could be possible.

I'm sure I'm missing a few, so sound off in the comments.