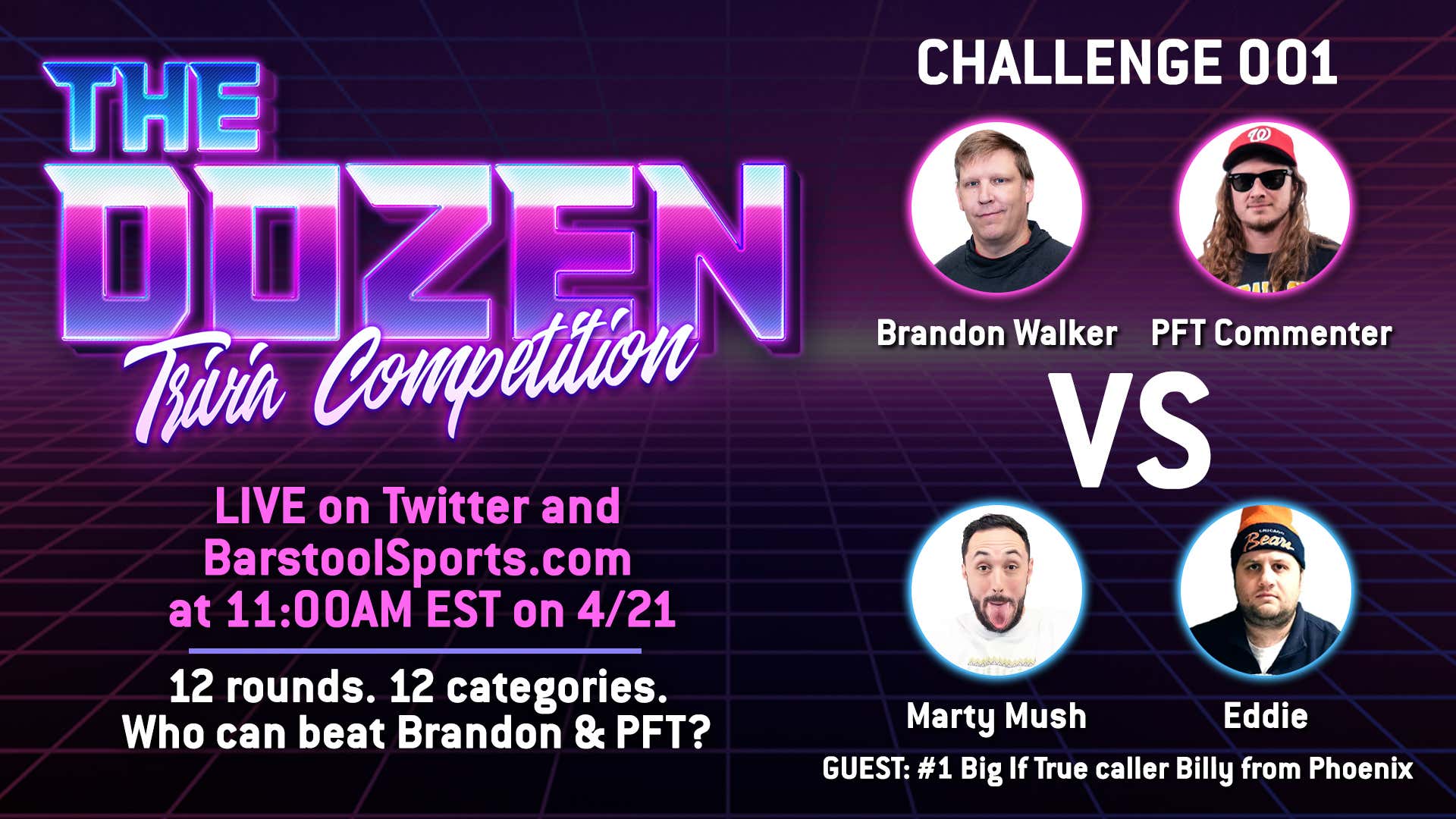 I've been wanting to do a new live trivia show, especially with Big If True on Barstool Radio on hiatus during the quarantine. PFT has wanted to get back to trivia and nobody gets more amped for the activity than Brandon Walker. He lives and breathes trivia.

So why not see who in the Barstool world can take down PFT and Brandon in a duel of trivia across multiple categories?

The competition, currently titled 'The Dozen' (name subject to change, maybe), will debut on Tuesday, April 21st and 11AM EST on Twitter and right here on BarstoolSports.com. If it goes well, it might even find a home on Thursdays as well.

HERE ARE THE RULES:
1. Brandon and PFT will square off in a 12 round trivia challenge against two Barstool employees
2. The challenging team will also get a Stoolie/Barstool fan as their third teammate
3. Each round both teams will get separate questions in the same category
- EX: If the category is football, both teams will get equally difficult/easy football-related questions
- Categories will range from sports to movies, music, TV, geography, history, and more
4. A correct answer gives each team one point, a wrong answer gives the other team a chance to steal
- The timer has yet to be determined, but roughly 30 seconds for a question, 10 seconds for a steal
5. The team with the most points at the end of Round 12 wins the game
6. A closest guess tie-breaker, with a simultaneous guess, will break any ties

The competitors will be on the left side of the screen and on-screen graphics will show the questions, which allows for some visuals in each question... 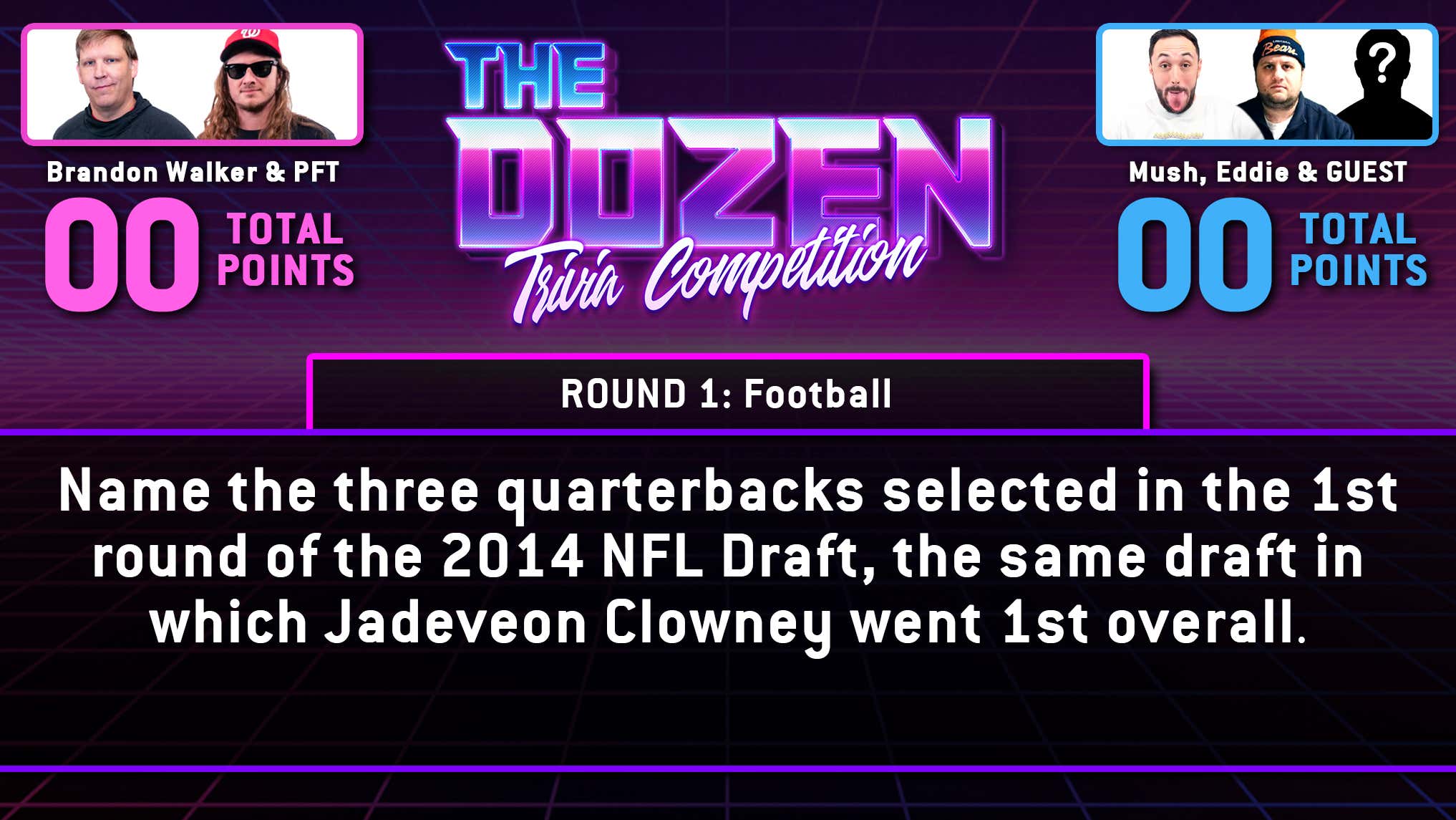 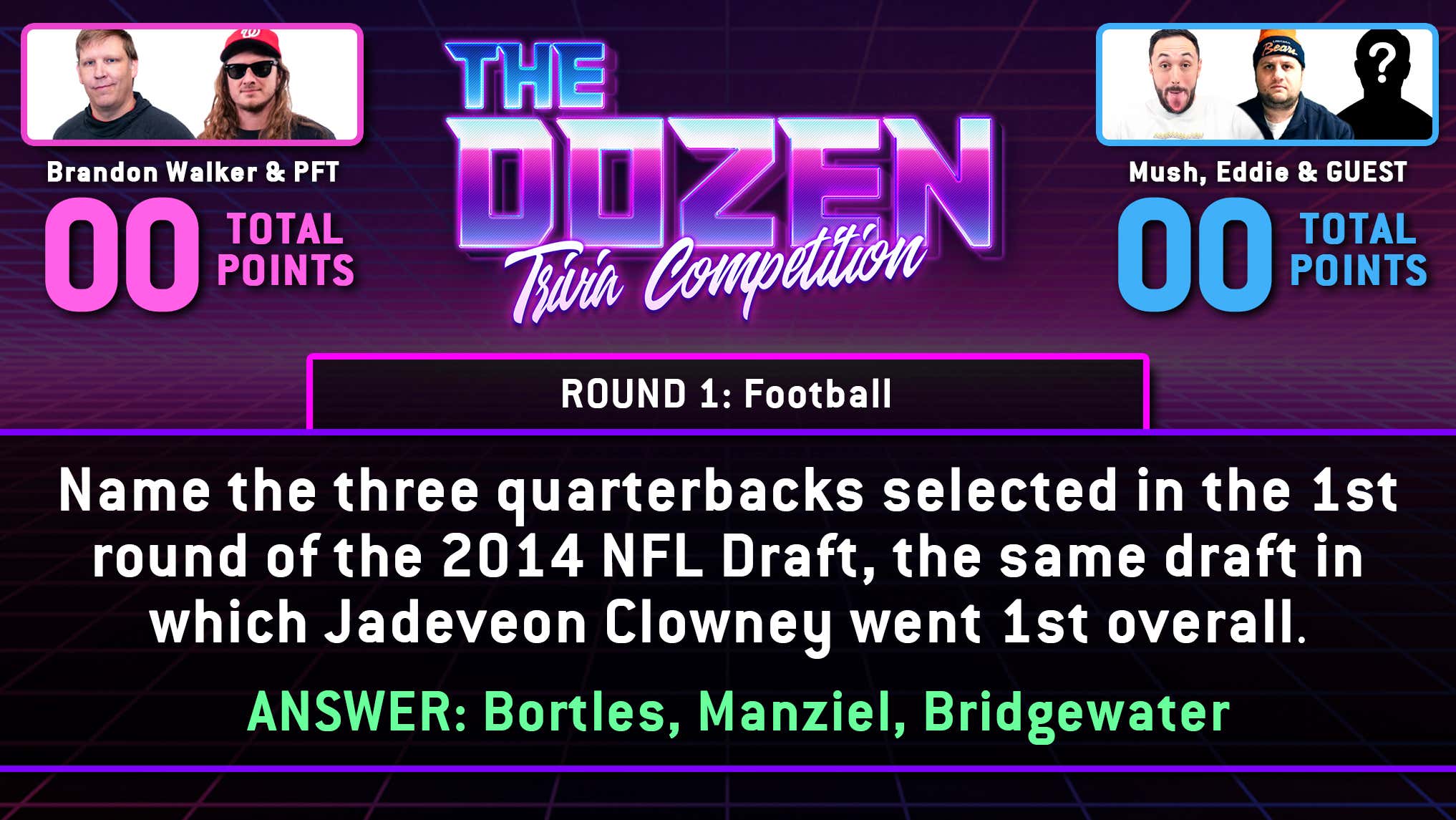 The first challengers? Chicago's own Eddie and Marty Mush will represent Barstool Sports and their guest-teammate will the number-one ranked caller on Big If True, Billy from Phoenix. Beating PFT and Brandon will be tough, but Billy is an absolute fucking ringer, so don't count out the challengers.

I'm excited. I hope you're excited too, especially with the chance to eventually get involved. More details soon on how we will bring people in to be guest challengers.

See you on Tuesday.