After all the excitement of weekend racing, we come crashing back down to Earth on Monday with the realization that there are only two tracks running today. Will Rogers and Fonner Park. For today's ticket, I'm looking to Will Rogers and their early pick four. I think it's very playable and in fact, I'd probably play it for a dollar instead of 50 cents, but that one's up to you. Here's what I like:

Race Three: The (5) Valiant Appeal is my top choice here. First I love Danny Pish and Lane Luzzi together, and second, this horse is dropping in class pretty significantly here after a second place finish at the higher level, and scoring a win two back. Also using (2) and (7).

Race Four: The unfortunately named (3) Nocturnal Mission is the favorite here and with good reason. He's in a good barn with Robertino Diodoro and after two consecutive second place finishes, is now dropping in class significantly. This one should win easy here. A single for me.

Race Five: The (9) Leighton Kentucky is my favorite one here. She's pretty consistent in terms of her effort, she just needs the front end. She likes to play catch me if you can, and she needs the lead. I'll also use (3) and (10). 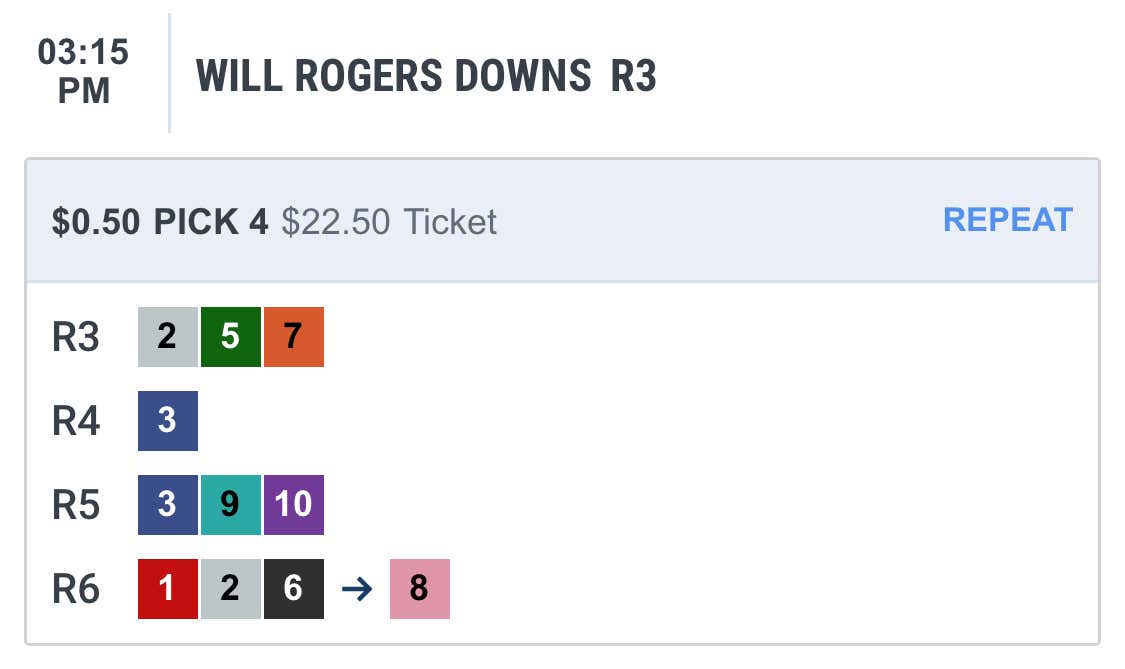