CNN - Shake Shack (SHAK) is returning a $10 million loan it received from the US government under an emergency program that was touted as a way to help small businesses pay workers and keep their operations running during the coronavirus crisis.

"That doesn't seem right to us," he said on CNN Newsroom. "As we watched this opportunity play out over the weeks, it was very clear that the program was underfunded and wasn't set up for everyone to win."

"By returning our $10 million, that $10 million can go back into the pot and go to the people that deserve it. We hope it can go inspire the next round," he said.

Listen...I'll be the first one to tell you I don't really have much of an idea about how money/loans for businesses either big or small are currently being handled during these crazy times but I got a bunch of tweets sent my way about this company that I am part owner of (I own $350 worth of $SHAK) so I figured I should blog it.

It seems to me that Shake Shack got the opportunity to take a loan of $10 million from the government which they then were shamed for as they are a massive company with 200+ locations that charges around $18 for a burger, fries, and a drink. So us, the proud owners of Shake Shack did the noble thing and gave it back. We said thanks but no thanks. In fact people should be thanking us for exposing a big flaw in the system. We should be rewarded for having such valor in times of trouble.

The good people of Shake Shack continue to make up for this disgusting act against their newest owner. I purchased the company around noon that day and within the hour I was delivered a bag full of cheese. Disgraceful...really. 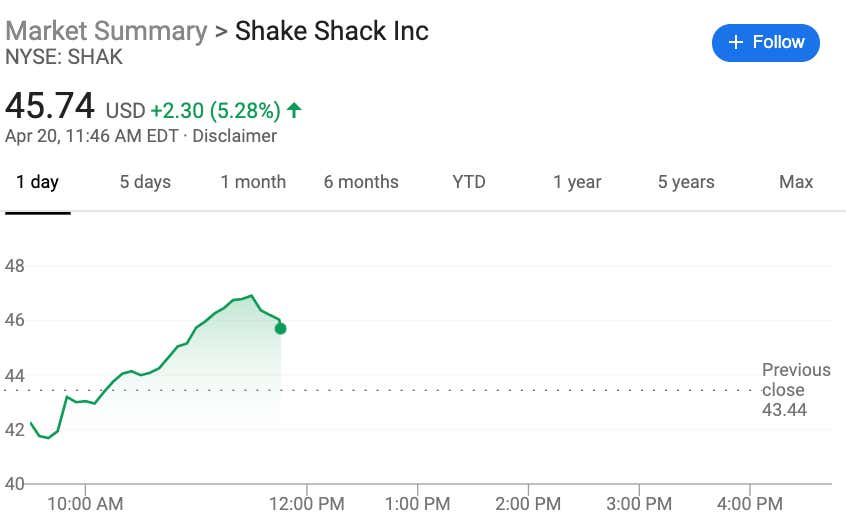 Should they be kissing my feet for standing with them through such tumultuous times? Yes. Yes they should.