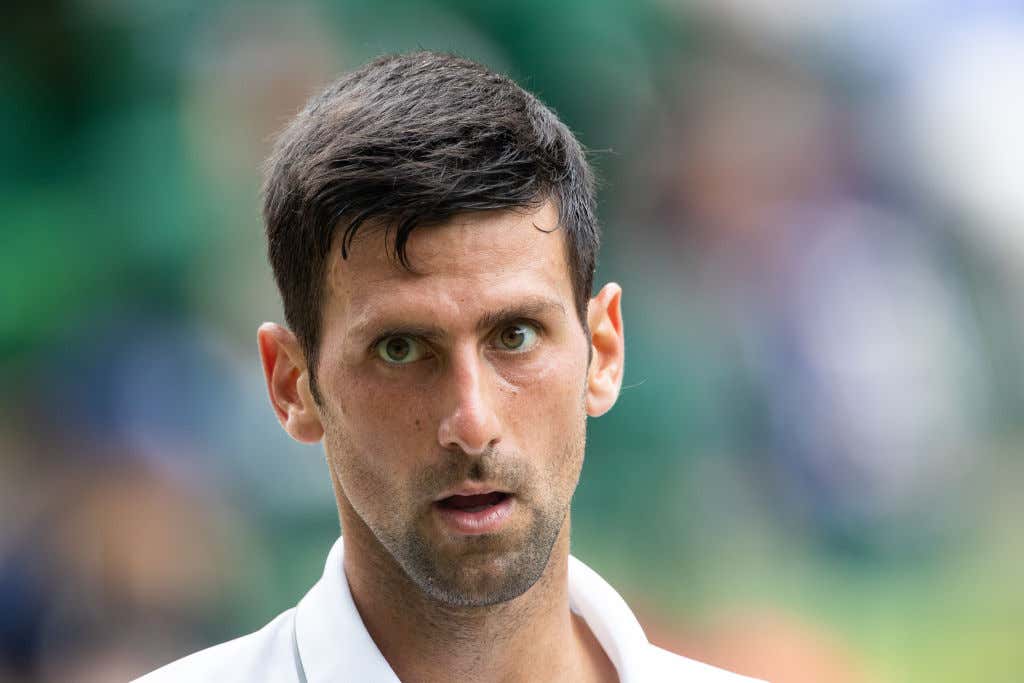 Alright so I woke up and learned that Novak Djokovic is out of his mind. The Serbian tennis star did a live Facebook chat with some athletes and shared his thoughts on how the game of tennis will come back. This quote is just wild to say in 2020.

“Personally I am opposed to vaccination and I wouldn’t want to be forced by someone to take a vaccine in order to be able to travel,” Djokovic said in a live facebook chat with several fellow Serbian athletes.

More like No-VAX Djokovic! Gottem. Shocking that this is the same dude who thinks rubbing bread against your stomach is a good way to test for being allergic to gluten. That's a real thing he wrote in his book. I'm almost certain he didn't believe in getting surgeries for a while and preferred to heal the natural way until he found out that didn't work. Guy is out of his mind.

Well, I will say it would be a damn shame for Novak to have to retire from tennis because he didn't want to take a vaccine that could cure the world's population of a global pandemic. A damn shame. 17 grand slams titles and has to stop here because he's an anti-vaxxer.