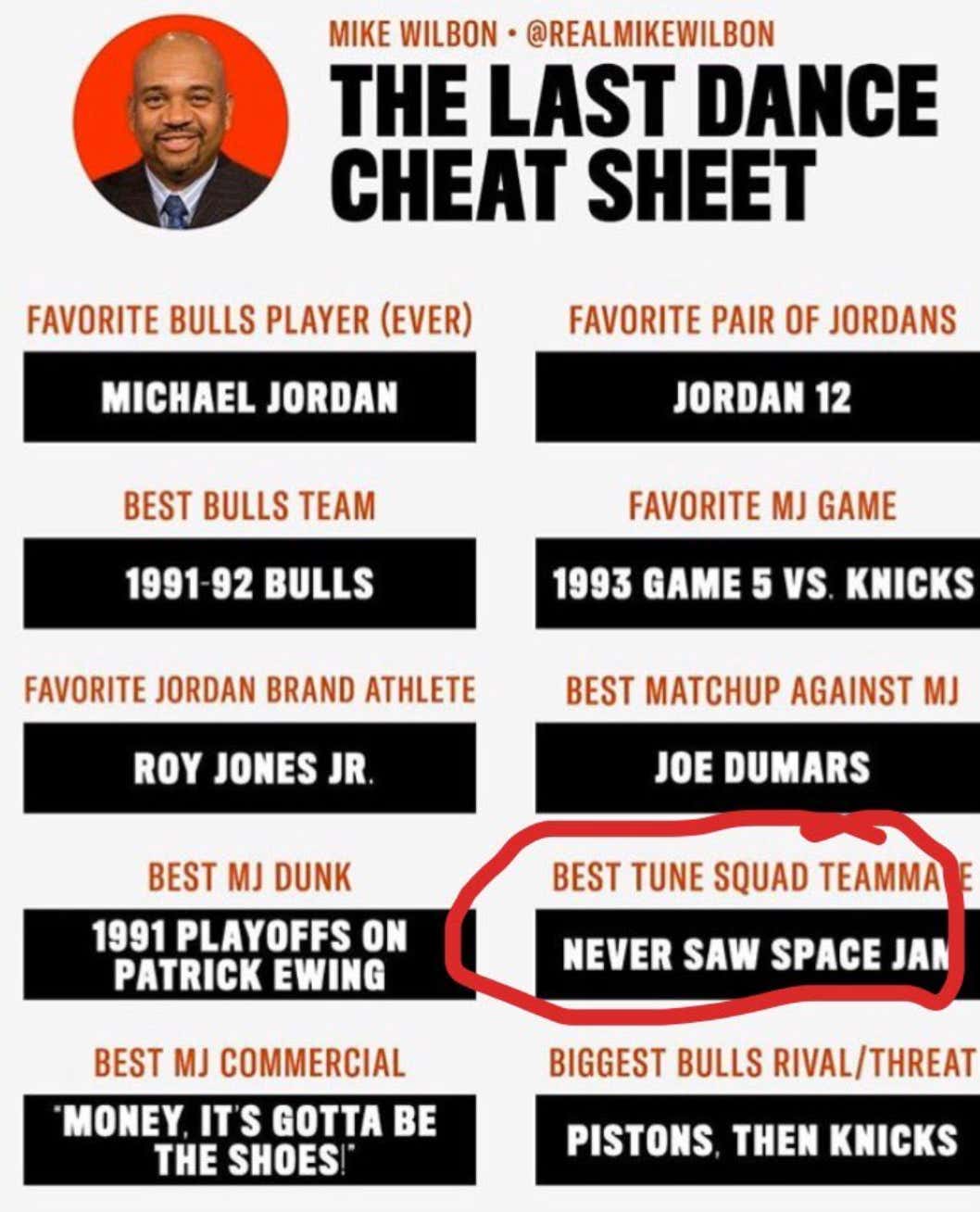 I feel like I'm taking crazy pills. All you need is 90 minutes to enjoy one of the all time great sports movies. It's been out for 24 years. It was distributed by Warner Brothers and streams on Netflix. It stars the most significant athlete of anyone's lifetime particularly Mike Wilbon's career. Arguably this could be the single greatest hardo movie across decades of hardo moves. I'll have to ask WSD if it's part of their Northwestern curriculum. Bunch of assholes if you ask me.

And I said before and I'll say it again. The only way this documentary gets fucked up is if ESPN screwed up the guest list. Literally the only thing that can make this experience suck is if I have to live it through the eyes of Mike Wilbon and Justin Timberlake and Oprah and all these clowns. Fuck that noise. Give me Toni Kukoc with a pack of cigarettes and a decent translator. Hit me with Phil Jackson after a deep bong hit and a clear head. I want this thing to be by the people that were close to the situation. Not some fading asshat that's bound to make the next 5 weeks all about himself.

Until then here's the full game that Michael refuses to watch because he's too old school for Hollywood classics. Seriously what an asshole.