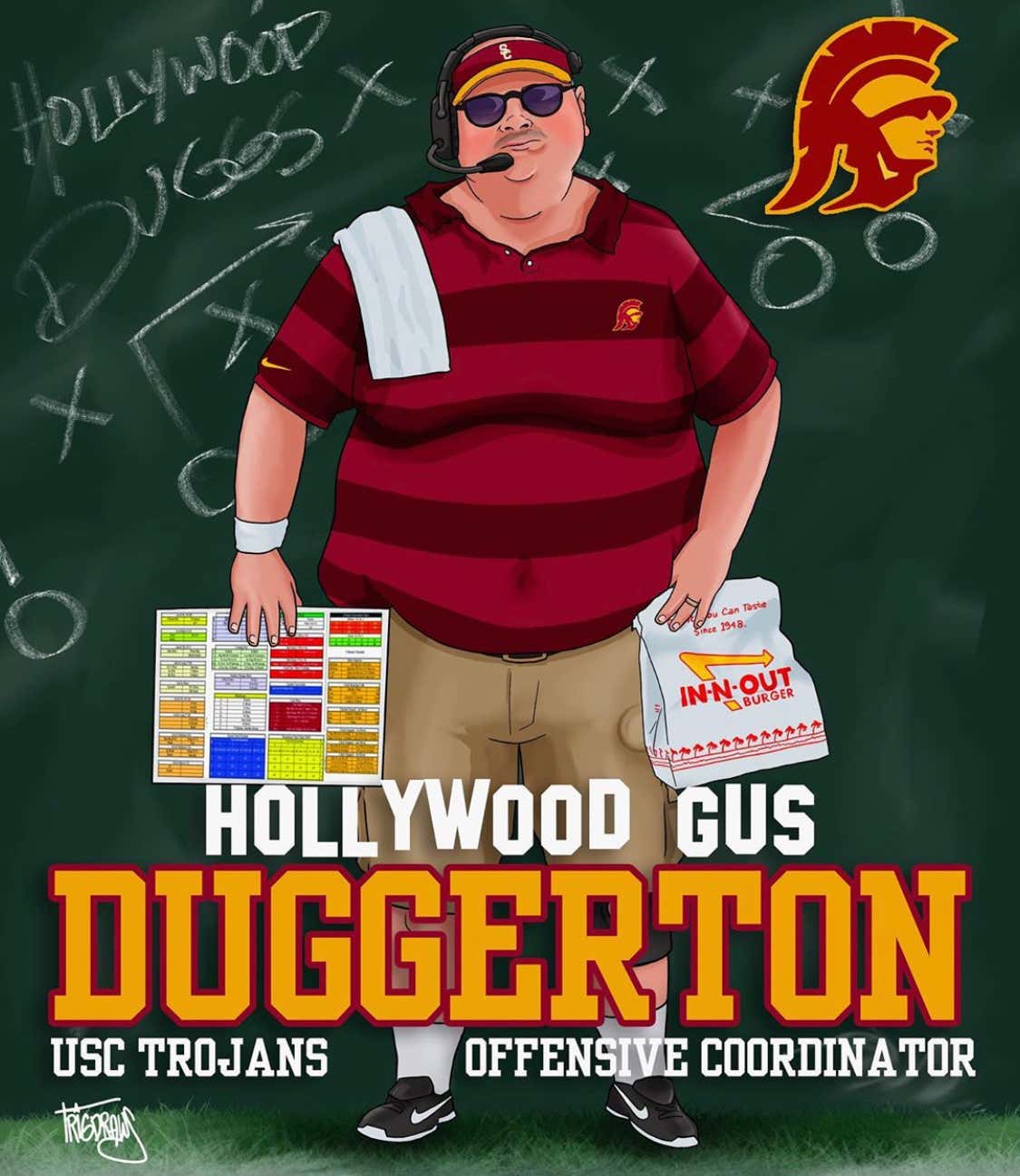 Last night, Coach Gus Duggerton made the decision to leave his role as Offensive Coordinator at Florida State to take the same position at Southern California. Pardon My Take’s Jake Marsh was granted exclusive access to a phone interview with Coach Duggerton to dissect his 2014 season with the Seminoles, why he chose USC, and other various topics. The interview has been transcribed below:

Jake Marsh: Coach Duggerton, congratulations on a fantastic season in Tallahassee and on your new role in Los Angeles. I’ve got to first ask about Friday night’s instant classic at the Fiesta Bowl. When Jameis Winston connected with Dusty Smith in the final minute for that game-winning touchdown, what went through your mind?

Coach Gus Duggerton: Pure elation. My No. 1 goal all year was to win the Fiesta Bowl against an unranked three-loss UConn team so to see it happen like that, it was nothing but pure elation going through my mind. That and the thought that I’m about to eat a shit load of nachos.

Jake Marsh: Walk us through your decision-making when it came to the Coaching Carousel. First off, what do you have to say to the Florida State fanbase that you are leaving?

Coach Gus Duggerton: I love Florida State and Noles Nation. The memories we made these past few weeks were nothing short of memorable, but when I came from Toledo to Tallahassee I made it very clear in my opening press conference that Gus Duggerton isn’t a settle down type of guy. I’m a ramblin’ man, I hit it and quit it. Florida State gets to say they were home to the legend of Gus Duggerton, that’s the greatest consolation prize of all time. I fully expect a statue to be made for our 13-1 Fiesta Bowl season, and I’ll happily come back for Gus Duggerton Day if my schedule allows it.

Jake Marsh: There were some storied programs showing interest in you this offseason. Why USC as opposed to Texas, Missouri, Pittsburgh, etc?

Coach Gus Duggerton: That’s a great question, Jake. Missouri didn’t offer me a job, so they can suck my dick from the back. Pitt was a non-starter for me because they’re in the ACC and lets just say, I’ve burned quite a few bridges in the conference with some of the cash and gifts I’ve thrown around. I needed to get out of conference if I wanted to keep cheating. Texas just won the National Title and Gus Duggerton isn’t about to pull a Kevin Durant. And USC, well lets just say USC allows me to spread my wings both a play caller with a loaded roster and a recruiter because I can cheat out west and none of the east coast biased Heisman voters won't have a clue whats going on until I’m long gone.

Jake Marsh: During your games, there are thousands of trolls coming after you in the Twitch chat hoping to see one thing and one thing only: failure. How do you go about dealing with them?

Coach Gus Duggerton: I say fuck em. Haters don’t bother me. But I also say they really hurt my feelings and please stop doing the “F’s” in the chat.

Jake Marsh: College football fans around the country have seen “Coach” Gus Duggerton night in and night out. But when the XBOX isn’t on, the Twitch isn’t streaming, and the haters aren’t hating, what’s a typical Gus Duggerton day like?

Coach Gus Duggerton: I’m usually practicing, honing my four plays, eating chili, or walking around Brooklyn with my weighted vest convincing myself its basically the same thing as going to the gym.

Jake Marsh: We’ll get you out of here on this, Coach. Some folks out there firmly believe that Gus Duggerton does not have what it takes to be a Division I Head Football Coach. What do you make of that?

Coach Gus Duggerton: I’ve heard this sentiment expressed throughout the Head Coaching search and interview process. It’s shocking. Am I overweight? Yes. Do I only have four plays? So what. Do I panic in big game situations and abandon my game plan at the first sign of trouble? You bet your ass I do. But you know what else I do? I put asses in the seats. I was offered a couple head coaching jobs, Pitt, Washington State, but that’s not what Gus Duggerton is about. I go big or I go home, and since I’m already home because of this quarantine, I have literally no choice but to go big. The goal someday is to win a National Title as a Head Coach. My move to USC doesn’t change that. I’ll put up 500+ points this year and everyone will be calling for the Gus Bus to roll through town come next Coaching Carousel. That’s a Gus Duggerton guarantee.

Jake Marsh: Coach Duggerton, thank you again for being very gracious with your time. Best of luck with the move out West, and I think I can speak for everyone in College Football, we are very, very excited to see USC in action this fall.