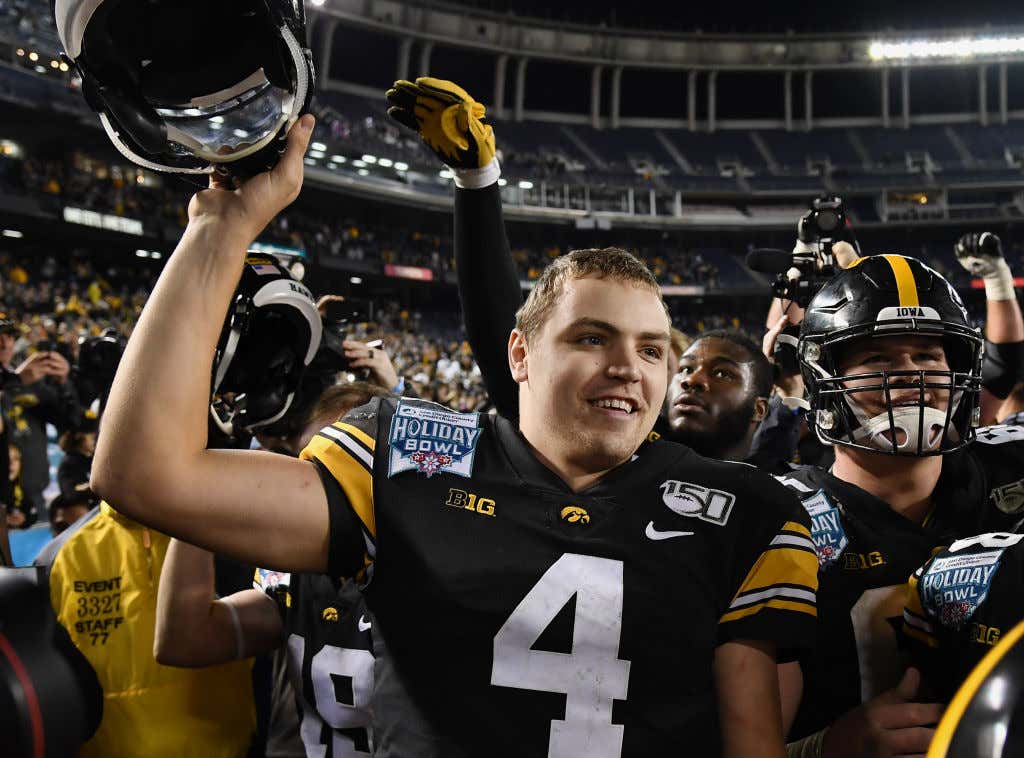 Listen I know all the hype heading into this next NFL Draft is gonna be about Joe Burrow but Nate Stanley being the smartest guy in this crop of quarterbacks makes me feel good. No the Hawkeyes didn't win a national title like LSU but our guy Nate is super smart and that's really what counts at the end of the day. Who knows if scoring a 40 on the Wonderlic is gonna translate to being a successful pro QB, it probably won't, but all I know is I saw Nate Stanley's name ranked above Joe Burrow and Jake Fromm and Jalen Hurts and Tua and I had to talk about it. Some people might call him a nerd or a brainiac for this but I take pride in Nate Stanley being the smartest quarterback in the world.

But you know what's even more important than Nate Stanley's supercharged brain? His ability to execute the QB sneak.

To this day I wish, for one game, Iowa had run nothing but QB sneaks. They should've done it against Nebraska. I think they crack 100 points if they do. Truly a missed opportunity during the Nate Stanley era.

You know who else is a world class QB sneaker? Thomas Brady. No I'm not saying Nate Stanley is the next Tom Brady but I guess I am kinda saying that.