I saw this picture and thought it was a scene out of a Sci-Fi/dystopian movie. Like, it looks like something you would see in The Hunger Games. District 12 lining up for food. I know we've been saying this for about 6 weeks now, but this shit is crazy. It's become a little more "normal", but then I stop and really think about it for a while (and my brain lovessss thinking, to a fault) and the whole "normal" thing goes right out the window. I am impressed though with most everyone's ability to adapt. It's not everyone though which drives me up the wall and I originally wrote a bunch of words about that but then deleted them because this is good vibes Friday, but fuckkkkk anyone who look at the death numbers and decides it's all fake. We've been sitting inside for 6 weeks to stop you from dying!!!!! And if we didn't take extreme measures and 2 million old people died, they'd be the first to say "why didn't we do more?!" as they were standing over Nana's casket. Can't win with these people. Just can't win.

I'm also off sugar this week after eating a TON of sugar over the last month or so. All time high in sugar consumption from your boy. Carbs, alcohol, and sugar all day every day. So I went cold turkey this week and it's been a struggler but boy did I need it. Gotta get normalcy anywhere you can get it and eating a family pack of M&Ms every day and a bottle of wine every night isn't the "normal" that I want. So I'm on a cleaner path now which is encouraging. Probably gonna be unhealthy tomorrow but it's Saturday so that's understandable. All about balance.

So hey, have a good Friday/weekend, and here are some questions from Twitter:

I go back and forth on this. On one hand, obviously Creed is the Scranton Strangler. But isn't that a little too obvious. Which makes me want to believe it's Toby. It could very well be Toby. Traumatic childhood, divorce, doesn't get Pam, etc. Toby is like Gale from Breaking Bad. The guy you least suspect. I can never decide who I think it is. 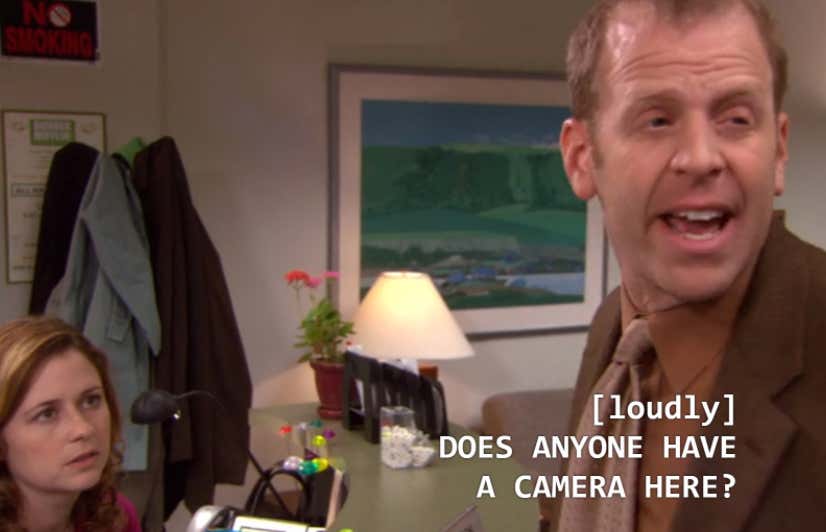 Taking Back Sunday all day every day off camera every way. Brand New has good songs, don't get me wrong. But in my opinion they don't hold a candle to Taking Back Sunday. Tell All Your Friends is as good as it gets.

Fun story about Twitter verification- whoever used to be in charge of verification at Twitter HATED us. They wouldn't verify any of us. This is pre-New York days. We got an email saying everyone had to change their handle to "BarstoolXXXX", whatever your Barstool name was. That's why you see so much uniformity in the older Barstool personalities Twitter handles. So we all change our Twitters, we give them our DOBs, SS #s, address, everything. And then Twitter tells us to go fuck ourselves and verifies nobody. So after that, Dave decided he would never accept their blue checkmark. Mystery solved.

So that was the Super Special Friday Edition. Nothing was really different. Onwards and upwards we go. Can't wait for the first weekend bars are open. I'm craving it. Not talking to girls in real life? Going home alone? I'm craving it. Be safe, gosh bless.