I don't have a whole lot to say about this other than the LA Times can eat my shorts. I have rather large shorts so I fathom it to be a rather arduous task for anyone, regardless of appetite heading in. Shorts are hardly edible in nature, doesn't quite matter how you prepare them. Boiled shorts, while most practical, offer the least taste in return. I'd recommend deep frying them, get your coating nice and seasoned and tell yourself it's something other than a pair of the Mickman's shorts you're masticating.

There's an argument to be made that going through a daily routine of showering, grooming, and putting on some half decent clothes can bring a feeling of normalcy that we're all missing these days. That's a stance I can get behind and think it can really bolster some people's mentalities right now. You know a stance I'll never get behind, not even if there's a fire? Shaming people for what they're wearing, ESPECIALLY in the privacy of their own homes. I had to wear a uniform my entire educational career up until college. Being forced to wear a shirt and tie every single day is a great way to try and break a person down both in-and-externally. Shaming folks into dressing like Don Draper just to go sit on their couch for eight hours is a supremely dickheaded lens to view this entire global pandemic we're all working our way through. If you're fortunate enough to remain employed right now wear a Santa suit with a whipped cream beard on your Zoom meetings for all I care. The world needs levity right now, not some holier-than-thou nose-thumbing from this swaggerless jamoke. 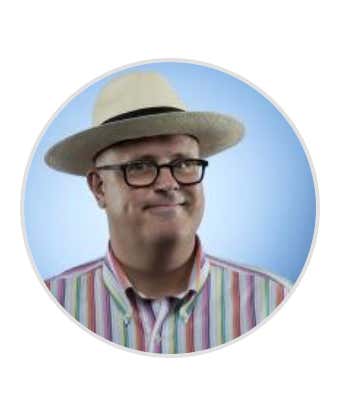