Uhh, yeah Jamie Lynn! What do you think we do here? This has Britney Spears - an icon for everyone our age, shaking her ass and dancing all over the place on Instagram. That alone would probably lead to some blogs. When you toss in the fact she's doing it to Justin Timberlake's 'Filthy' and you're simply not doing you're job by not blogging it. Did you forget how much this couple dominated the headlines growing up? They gave us an ICONIC picture: 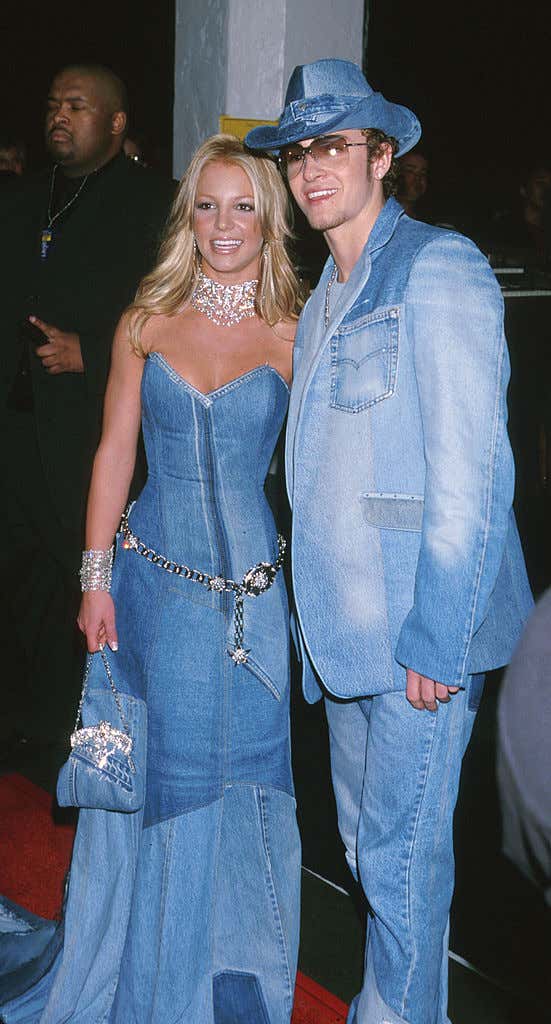 That's about as peak 2001 as it gets. But if you grew up in the 90s, you didn't even need to see that picture. If someone says Britney Spears and Justin Timberlake, you immediately think - denim. Also how about the balls on Britney Spears in the caption? I lowkey love it. Her saying 'I know we had one of the biggest breakups 20 years ago.' Uhh, you think? Justin Timberlake dropped THIS song about her cheating on him:

LOL - just having fun over here though! Remember that time I ripped your heart out? That's about as peak ex-girlfriend move as it gets as well. 20 years later! That just goes to show you where they stood in early 2000s relationships. You had to know what they were wearing together to awards shows. You had to wonder if they were going to ever perform together.

PS: You're lying if you don't think Britney Spears still has it in that dancing video