The #1 guy in the NCAA Football 14 world right now is Coach Duggs. Even after a tough loss to Georgia Tech in the ACC Championship, nobody has gotten more press than FSU's OC. 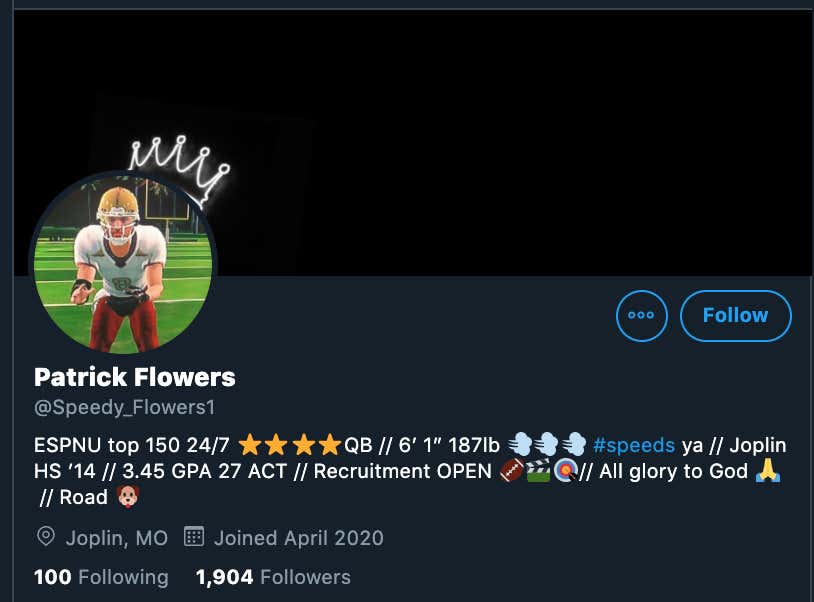 There's a very niche (and I mean VERY niche) trend on Twitter right now of accounts being made for Road To Glory NCAA 14 characters. They've been tweeting me all week with #JoinTheMovement:

It appears Patrick Flowers is a part of the #JoinTheMovement squad. He recently he picked up an offer from NIU.

These kids are good. "Extremely blessed to have received my 2nd D1 offer" is just how a real-life 17-year-old would tweet about an offer. Everything about their profiles looks exactly like a recruit's. Even down to how they tweet out their "top schools" lists:

Anyways, back to Patrick Flowers. His offer actually ended up being rescinded by NIU.

He ended up blocked by the coach as well:

So, yeah, the head coach at NIU got tricked into thinking that an NCAA Football 14 character actually thought he was offered by NIU.

Nice to see the guy has a good sense of humor. Hammock has risen to the top of my MACtion coach rankings.