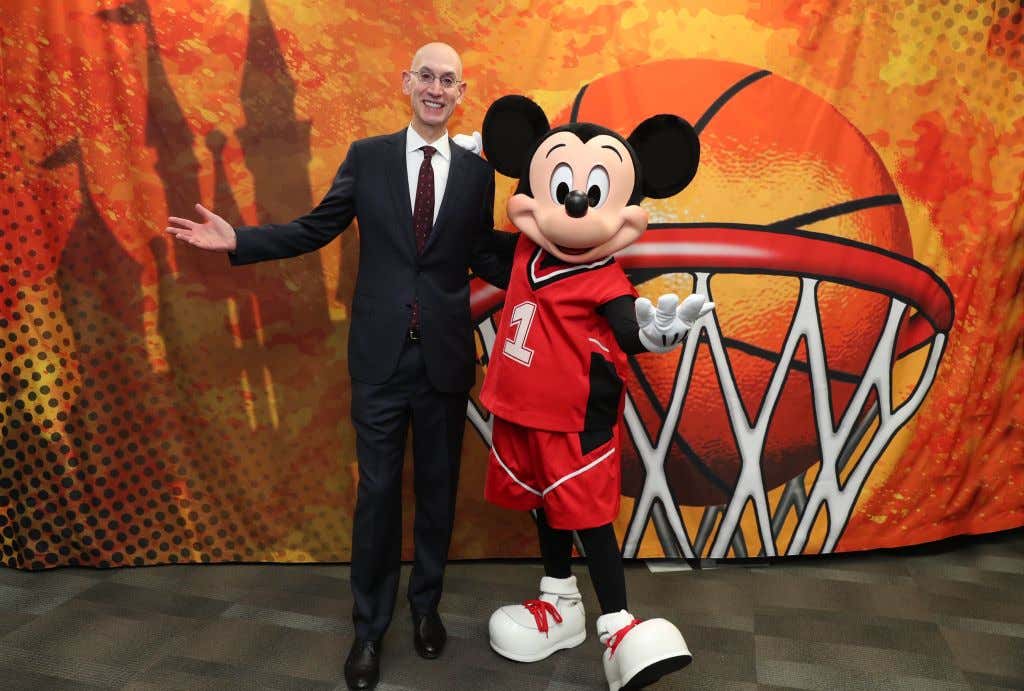 Look, there are a lot of ideas being thrown around in an effort to give us basketball back. We've heard about different timelines, we've heard about everyone going to Vegas, but you know what we haven't heard about? Disney World. You may think this is crazy, but as the story goes on to show Keith Smith spent 20 years working for Disney. I am choosing to believe that all that experience means this man knows what the hell he's talking about. I'm going to go so far as to say Adam Silver needs to read this story and make this happen. You would think they've thought of everything, but we haven't heard ONE leak about this idea and the way Keith breaks it down it almost makes too much sense.

Let's run down some of the issues and how it fits. You have to house everyone in a singular location right? Well that's not an issue

Disney has an abundance of hotel rooms on their 39 square-mile property near Orlando, Florida. Two hotels would work particularly well for this type of venture: Disney’s Art of Animation Resort and Disney’s Pop Century Resort. While neither are necessarily the high-end hotels that NBA players are used to staying in, they come with a key perk: Both are located just down the road from the ESPN Wide World of Sports Complex. EWWS would be the hub for all basketball activity. It would make sense to keep the NBA personnel as contained as possible. The Art of Animation Resort has nearly 2,000 hotel rooms; Pop Century Resort has nearly 2,900 rooms

How about courts. Are there enough?

In total, EWWS can offer more than 12 courts, broadcast-ready facilities and everything else the NBA would need.

But how will they keep people inside and quarantined like the idea in Vegas?

Unlike many of the other locations mentioned as single-site candidates, Walt Disney World is private property. That includes not only the hotels and EWWS, but the immediate surrounding area as well. In effect, Disney can create a bubble by closing off streets and denying access to any area with relative ease. Some of the other potential locations may be able to restrict access to hotels/housing and the basketball facilities, but closing down the surrounding public areas would be difficult.

Uhhhhh this is starting to make too much sense.

Remember, Florida deemed sports essential so that handles that whole question. Keith goes onto also explain about the NBA/Disney partnership already in place so that's encouraging, I honestly can't think of any reason this shouldn't happen. Once they figure out the whole testing thing this is by far the best idea we've had for a singular location. Also once someone wins the Finals MVP they don't have to worry about going to Disney World since they'll already be there! Genius Keith, genius!

I don't know why nobody thought of this before but who cares. It's a thing now and it might be the best chance we have for any sort of legit finish to the season/playoffs. They still have to figure out the whole timing thing, but location was about as big a matzah ball as any for Adam Silver to figure out. Now we have that covered. Disney World, let's fucking do it.