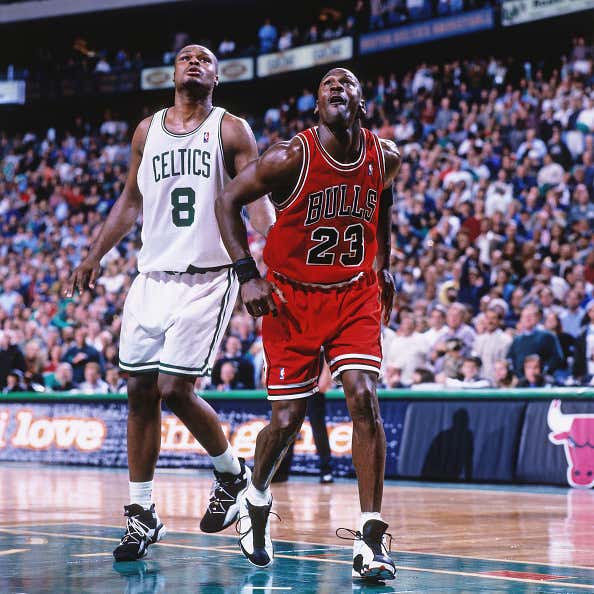 Talk to anyone who lived in Boston in the late 90s and very early 2000s, when we were referring to ourselves like this: 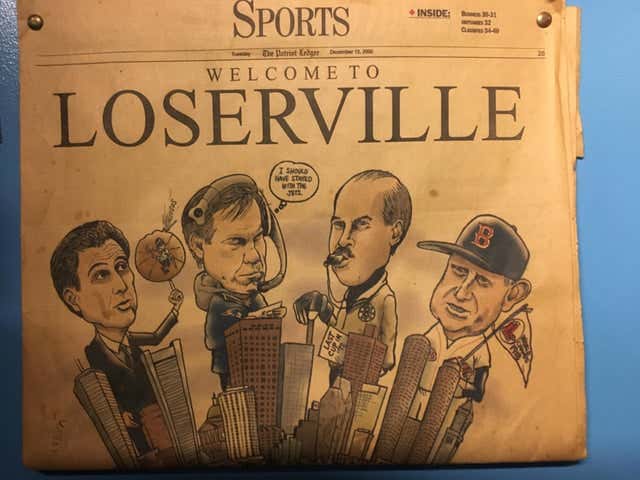 ... and ask them to list the 10 most frustrating athletes of their lifetimes, and one name that will appear on every single list will be Antoine Walker. Note that I didn't say he wasn't a very good player, because he was. He averaged just shy of 20 PPG and made three All Star teams and was a likeable enough guy on some fairly shitty, mismanaged Celtics teams. Just that he was frustrating to watch. A 6-foot-8, 225 pound guy who could've and should've dominated down low, but preferred to play 25 feet from the basket and shoot a preposterous amount of 3s at a time when really only really elite outside shooters were launching 3s. It was maddening.

And it's memory of that time in my life that I'm taking such pure oleasure in a new story from Jared Jeffries, Michael Jordan's former teammate during the unforgettable Wizards portion of his career. In anticipation of ESPN's upcoming "Last Dance" documentary, Jefferies spun this tale about him on the "Wizards Talk" podcast:

"We were in Chicago at [trainer] Tim Grover's gym. Antoine Walker pulls up in some Ferrari and he was like he just got it. M.J. was like 'you know what? I'm gonna bring a different color Ferrari every day this week with a matching Jumpman jumpsuit.' Bro, he pulled up in a Ferrari with a matching Jumpman jumpsuit for the whole five days we were playing. That's the kind of swag he had," Jeffries said.

Imagine one-upping someone's brand new Ferrari with a fleet of Ferraris. Jordan had to win whether it was on the court or in life.

"Just his swagger that never goes anywhere. It's the realest form of confidence that I've ever seen from a person," Jeffries said.

I suppose it should've give me such joy to read this. Because God knows I couldn't pay for the rustproofing on a new Ferrari. And I know it's just the Schadenfreude talking, but I don't care. There's just something intrinsically gratifying in the notion of 'Toine trying to establish himself, only to one-upped into oblivion by the most successful businessman-athlete who ever lived. It guess it's why in nature documentaries I find myself rooking for the old buck of the herd when he's being challenged for dominance by some young beta. Nature has hierarchies, and so do sports. And in hierarchy of wealth, anyone who ever tried to take on Michael Jordan was just asking to be reduced to ashes.

I can't help but wonder if this was the reason Walker went bankrupt and wound up in debt to so many casinos that he was playing in the D-league well into his late 30s. And despite making $108 million in his career, wound up in the most memorable "30 for 30" of all time, the aptly named "Broke." That maybe he started trying to out-earn and outspend MJ and lost it all. When you mess with the (Chicago) Bull, you get the horns. Let this be a cautionary tale to us all.