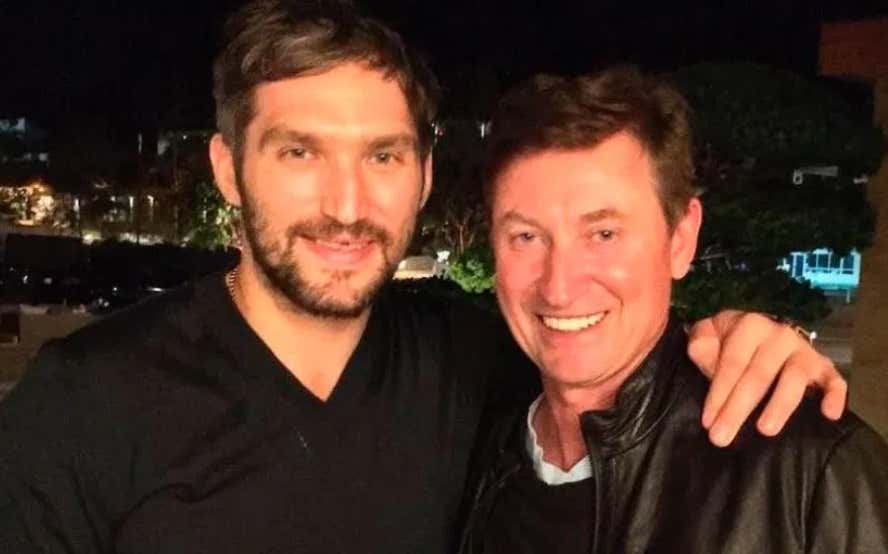 Washington Post - When Wayne Gretzky saw the Instagram video of Alex Ovechkin playing EA Sports’ NHL 20 video game with his son, Sergei, on his lap last month, The Great One had an idea. He contacted Sergey Kocharov, the Capitals’ vice president of communications, whom he got to know while both were with the Phoenix Coyotes, and inquired about the possibility of arranging a virtual showdown with Ovechkin.

It’s happening. Next Wednesday, Gretzky and Ovechkin will square off in NHL 20, in an event dubbed “The Great One vs. The Great Eight Showcase." The best-of-three series will stream live on the Capitals’ Twitch channel beginning at 8 p.m. Eastern time and both Ovechkin and Gretzky will appear. Viewers will have the opportunity to donate to the Monumental Sports & Entertainment Foundation and the Edmonton Food Bank to benefit the coronavirus relief effort.

“Obviously we’re a little better when we have our skates on and a hockey stick in our hands than we are when we have controllers, but it’s not about that," Gretzky said. “It’s more about the ability to help people that are less fortunate and for fans to enjoy a night of us not looking very talented at what we’re doing. It’ll be a fun night for a good cause.

Big sighhhhhh. I guess this is the next best thing. Like, I'll be honest- when I first saw that Ovi and Gretzky were playing 1 on 1 in NHL 20 I was pretty excited. I came right to the blog and then when I wrote the headline, I realized how sad it actually made me. And it's unfair because this is awesome- Gretzky vs Ovi in any way you can get it, it's awesome. But I get the same feeling when I watch the clips of the simulated season online that the Capitals have been doing. It just drives the point home harder that there really is no hockey. That if, and I mean IF, hockey comes back it'll be in front of 0 fans.

But I'm trying to be optimistic. Ovi trash talking Gretzky will be great. Ovi is such a naturally funny guy that any time you get on mic'd up on camera it's going to be great. And it's still the Great One vs the Great 8. The fact we are getting that in any form is fantastic.

The Washington Post article is great. It talks in more detail about their friendship, and yet another quote from Gretzky about how he's rooting for Ovi to break his record. We get a couple of those quotes a year now so that's nothing new, but it's nice to read every time.

It's unfortunate Ovi missed out on a few goals at the end of the season (he was heating up too, so he probably could have gotten another 10 or so), but it's ok. We're not going to worry about it. I still fully believe if he wants to beat the record, he'll beat the record.

But for now, video games it is. Go Ovi!