First and foremost I can't stand the commentary in the background. It's a novel concept buddy but you're not slicing bread for the first time so maybe give it a rest and shut the fuck up for me one time. And that's coming from me.

Elsewhere, I've become strangely fascinated with WSD's culinary talents and habits. It's become a routine talking point in radio and for the life of me I still can't figure out if it's one big troll job or not. One day it's boiled steak. The next it's a 9 pound spiral ham. Impossible to keep up with the guy and I officially have no idea after seeing his (4:30pm) dinner tonight:

There's a lot of big talk around Chicago HQ about who knows their way around a kitchen. Unsurprisingly both Dave and I take a lot of pride in making food because we're those kind of guys. Only difference is I channel it by making two turkeys on Thanksgiving and not posting pink burrito thirst traps. Admittedly though, WSD has made some strong efforts with respect to Pork. He absolutely crushed that ham.

To me that brings WSD to the final stage of breakfast sandwiches. He's a big Zelda Ocarina Of Time guy so think of it like facing a boss at the end of the Great Deku Tree. Tackle this challenge and you're onto 6-layered lasagna for Eddie to take home to the boys. All I ask is can you handle a double eggo waffle omelette turned ham and chee sammy?

Is there a man brave and strong enough for the job? 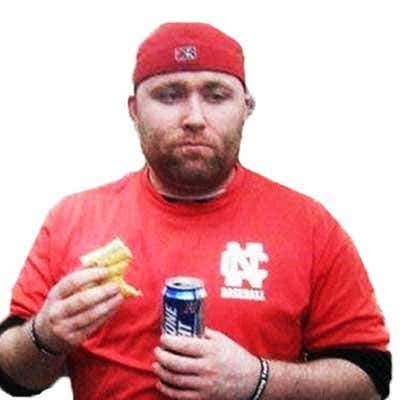 Give us the recipe Dave. Walk us through the perfect eggo omelette waffle sandwich tomorrow for your 3:45 Thursday dinner. Show me the way you cultured prick.