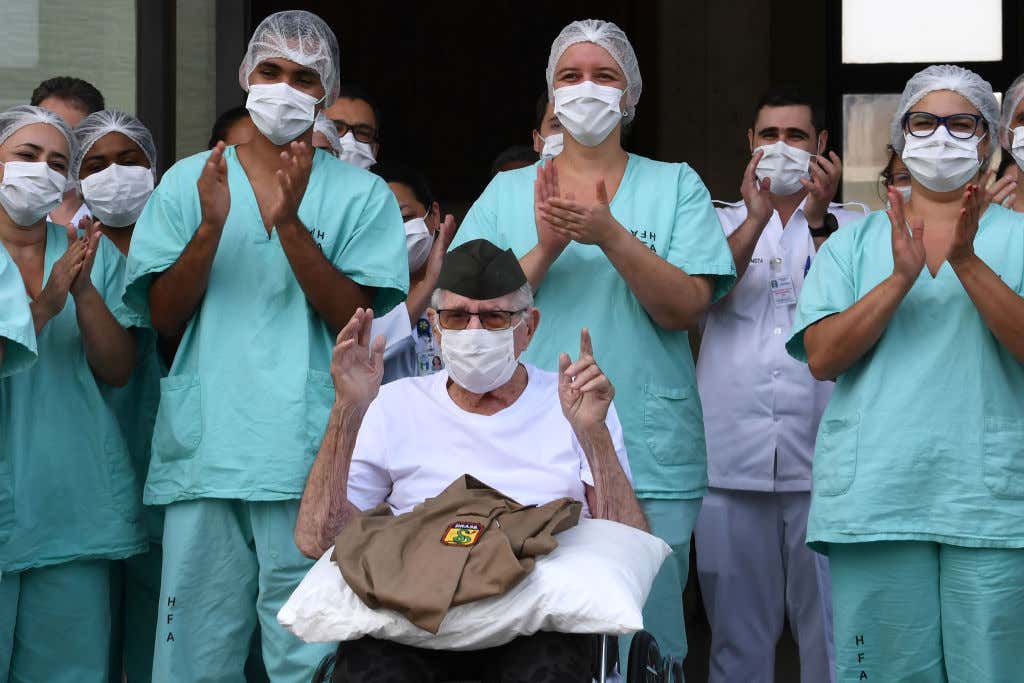 Wearing an army cap and saluting from his wheelchair, Piveta left the Armed Forces Hospital in Brasilia to an ovation from medical staff and a soldier's trumpet homage.

"Winning this battle was for me bigger than winning the war," he said of his fight against an invisible enemy. "In war you kill or live. Here you have to fight to live," he added.

This man, hero, fought in the Brazilian Army during WWII as a second lieutenant, served in Africa, and survived it all. I can't even begin to imagine the things he saw and experienced then and throughout the rest of his life. But to then, at 99 years of age, get diagnosed with COVID-19 and fight to take that bitch down, well, that's almost superhuman.

He tested positive for the coronavirus two weeks ago and spent two days in the hospital's intensive care ward after he developed pneumonia.

But he never needed a ventilator and recovered due to his good physical shape derived from life in the military and longevity that runs in his family, the hospital's director said.

He didn't even need a ventilator! The man was in the ICU, developed PNEUMONIA on top of Corona, and he still didn't need a ventilator. At just a year shy of being a century old. How many people at that point would even think survival would be possible? From what we've been told about this virus, it seems like the odds would be heavily stacked against most people.

Then again, Piveta isn't most people. 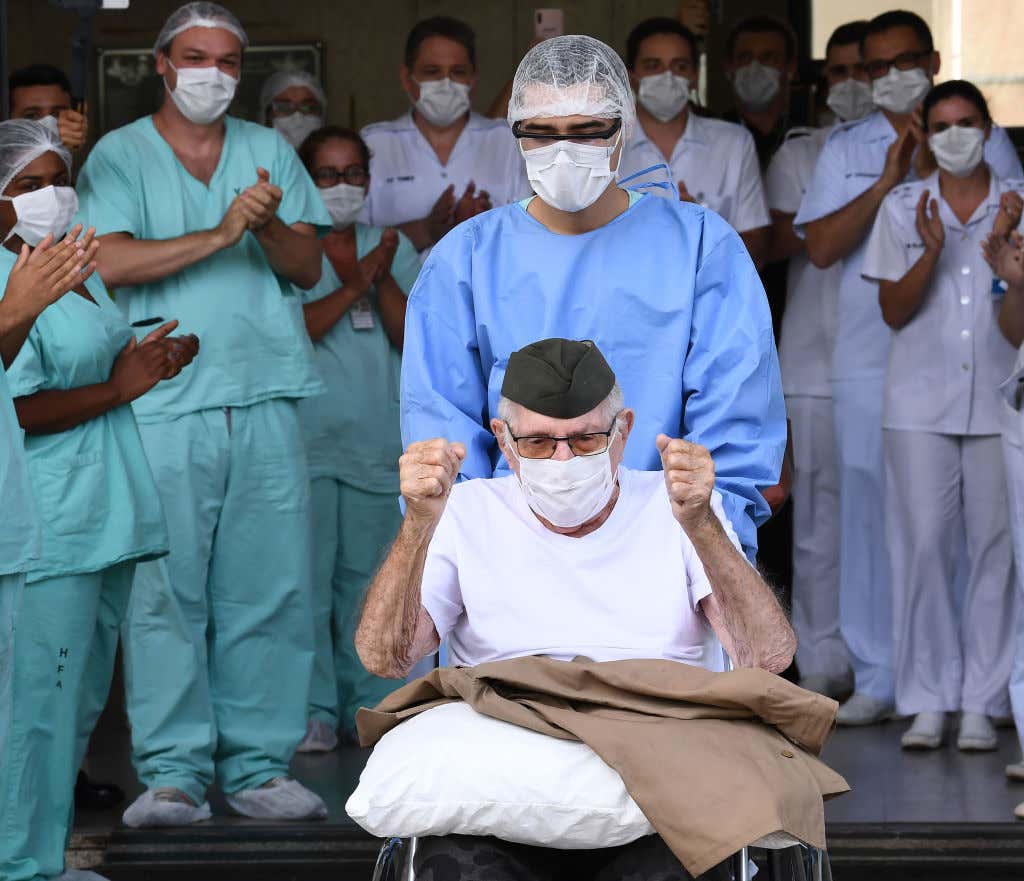